OJAL SIDE BEEF UP

Were appointed strength and conditioning coach at Nondies

•Ojal expects a competitive league with the return of Homeboyz and with promotion and relegation restored.

•Were will be tasked with ensuring that Nondies are fit and energized for the start of the new campaign.

•The 'White Shirts' finished seventh last season missing out on the final playoff spot by 10 points after a slow start. 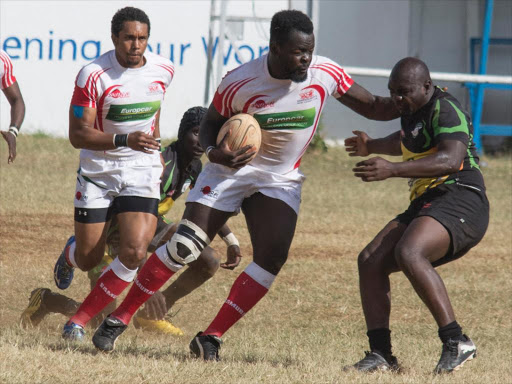 Nondies have appointed Steve Were as strength and conditioning coach for the 2021 -2022 Kenya Cup season set to kicks off next month.

Were replaces Liam Kirono, who has moved to Menengai Oilers in a similar capacity. Were will be tasked with ensuring Nondies are fit and energised for the start of the new campaign.

The white shirts finished seventh last season, missing out on the final playoff spot by 10 points after a slow start to the season.

Head coach Willis Ojal said they want to tick certain boxes for the new season including working on the the set-pieces, defence and attack.

“We are looking at improving those three areas once we start our pre-season. Every other team in the league have improved considerably in the Kenya Cup and if you can't win at the set-piece, it becomes difficult winning matches,” added Ojal.

Ojal termed last season as difficult following the club's late start, owing to Covid-19 restrictions. He said he expects the team to be on upward trajectory from the start of the upcoming season.

"Last season, we lost our two opening matches to KCB and Strathmore then won all our remaining fixtures before falling to Oilers in our final game. I remember we played three games in seven days and this took  toll on our players. We hope such scenarios won't happen this season,” added Ojal.

Ojal expects a competitive league with the return of Homeboyz and with promotion and relegation now restored. “It will be tough league. Everyone is strengthening and we must be at our best,” he added.

The core of the team, which did duty last season has remained intact  including the likes of Kenya Simba's Ian Njenga, Fidel Oloo and Steve Omondi in the forwards and Ian Mumbwani , Kevin Kanyiri and Ben Salem in the backs.