Forbes has had a distinguished career in his role having worked with South African rugby franchise outfit the Lions as well as the Danish national team as well as working in South Africa working with various leagues including the Gold Cup, Vodacom Cup in South Africa. 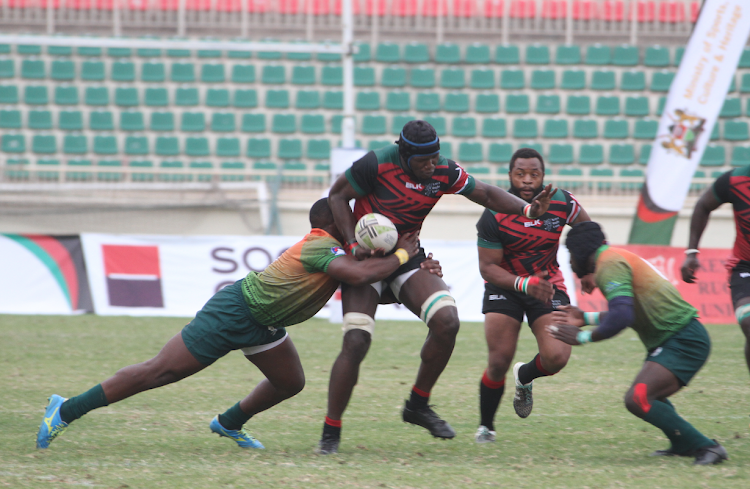 Kenya Simbas have enlisted the services of performance analyst Rynhardt Forbes as they gear for the final round of Rugby World Cup qualifiers next year.

Forbes has had a distinguished career in his role having worked with South African rugby outfit the Lions, the Danish national team as well as working in South Africa with various leagues including the Gold Cup, Vodacom Cup in South Africa.

Head coach Paul Odera believes Forbes will be a big asset as they chase their maiden appearance at the World Cup.

"Rynhardt’s value with the Simbas in the short period he has been with us has been two-fold. One, he’s able to assist us in putting the technical preparations attached to an analysis and a trend. In the past, we haven’t been able to get patterns of how a team is playing."

"He’s also been able to look at our players and their attributes on whether they fit in certain positions. Secondly, he’s able to coach our backline and get them going on the starter moves and attack patterns. He’s also a fantastic human being and a passionate rugby person,”

Forbes commended Odera's charges for bouncing back after losing to Senegal 20-19 and thrashing Zambia45 -8.

"We knew we had a very young Kenyan team and we did not have the opportunity to test out combinations. There simply was no time and we used what we had in mind to try and sharpen our skills. Heartbreaking to lose by one point at the death of the Senegal game but we picked ourselves up and really put in the work the next week. We had various video sessions on Zambia and we had a specific plan for them. The combinations came together on the training pitch, hence the positional changes within the team.”

The bankers have 28 points three ahead of Kabras, who secured a 40-15 bonus-point victory over Nakuru.

Oilers stay third with 17 points while Impala are fourth with 11 points after a 21-12 loss to Masinde Muliro University.

Nondies upset Quins 18-5 but remain rooted at the bottom of the standings, having played a game less than the rest of the teams.