The Muthaiga Golf Club professional believes he stands a great chance of victory in the third leg of season four if the conditions of the course remain the same.

•Snow birdied three of the four par threes, starting with the 185-yard-eighth hole 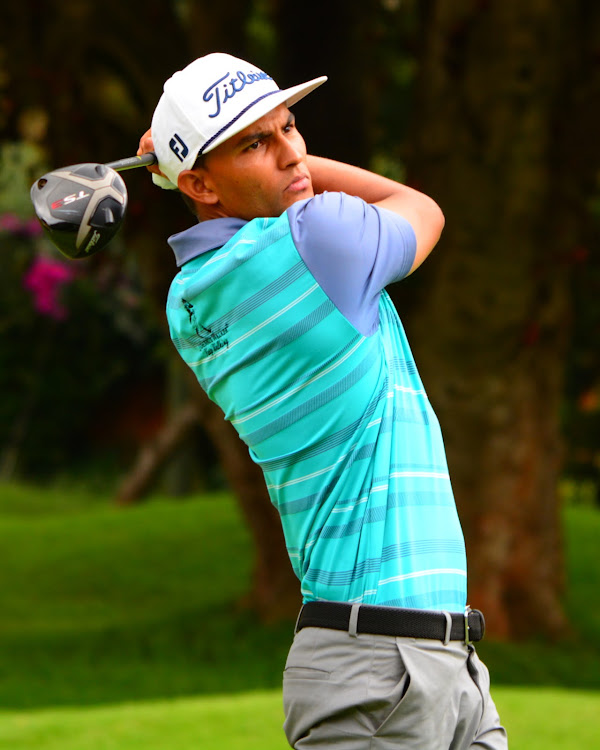 Greg Snow follows the flight of his tee during a past Safari Tour at Karen Country Club
Image: ERICK BARASA

Muthaiga Golf Club professional Greg Snow attributed his stellar round of golf at the par 71 Great Rift Golf Resort to his levelheaded iron-game.

Snow, who is seeking his first title in the 2021/22 Safari Tour Season Four, posted a bogey-free five under par 66, to open a three shot lead in the third leg of the tour on Sunday.

“My iron game is great at the moment, and that is why I was able to birdie three of the shot holes and parred one. I was extremely happy with the 30-footer putt at the eighth which really triggered my tremendous game today’’ Snow said.

Snow birdied three of the four par threes, starting with the 185-yard-eighth hole. He then started the back nine with a birdie at the par four-10th, and the two shot holes at the back nine( 12th,15th ) in addition to a closer one at the par five-14th for his superb 66.

He believes he stands a great chance of victory in the third leg of this year's Safari Tour f the conditions of the course remain the same.

“The course is in great condition and easy for one to score if you take off well from the tee and make sure you keep the ball in play,’’ Snow, who tied for second place with Mike Kisia and Mohit Mediratta during the second leg at Vet Lab Sports Club last week, said.

He starts the second round with a three-shot advantage ahead of senior pros Dismas Indiza and Golf Park’s David Wakhu, who both shot two under par 69 to tie for second place in a field of 58 players including junior amateur Taimur Malik.

Indiza made four birdies and dropped two shots, one in each nine, while Wakhu birdied the second and fifth and at the 14th at the back nine, with the day’s only bogey coming at the 18th.

A total of 10 players shot level par and better during the opening round where seven players were on one over par, an indication of how tough the second round will be as players fight to make the second round cut.

Home pro Justus Madoya was one of those who shot under par in the opening round despite dropping three shots in the front nine after picking up four birdies at the back nine where he started his round.

“I really wanted five under par for a start having played badly in the first two legs at Sigona and Vet Lab. Though I had prepared well for the season, have not been feeling too well over the past one month where I have been under medication. This past week my health has however improved well and I am looking forward to play well,’’ Madoya, the defending champion of the Great Rift leg, said.

The Leader Board on Day One