Was Bruno Fernandes’ equaliser a ‘joke’ or ‘intelligent’?

•Fernandes swept past Ederson to cancel out Jack Grealish’s opener, but the goal was initially ruled out with assistant referee Darren Cann raising his flag for offside against Marcus Rashford.

•Rashford turned home Alejandro Garnacho’s cross moments later to give United a 2-1 win at a raucous Old Trafford, leaving them one point behind second-placed City. 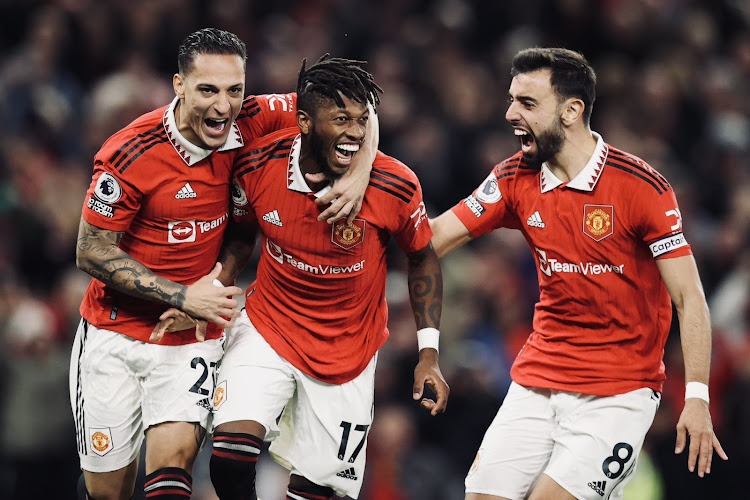 Manchester City defender Manuel Akanji says Bruno Fernandes’ equalising goal in the Manchester derby was a “joke”, while Manchester United boss Erik ten Hag admitted he “wouldn’t be happy if we conceded a goal like this”.

Fernandes swept past Ederson to cancel out Jack Grealish’s opener, but the goal was initially ruled out with assistant referee Darren Cann raising his flag for offside against Marcus Rashford.

The England international was clearly offside and ran towards the ball, but after a conversation with Cann referee Stuart Attwell decided Rashford did not interfere with the play.

Rashford turned home Alejandro Garnacho’s cross moments later to give United a 2-1 win at a raucous Old Trafford, leaving them one point behind second-placed City.

‘I can see the disappointment on the other side'

Akanji was the closest defender to Rashford and played the offside trap as the forward ran through on Casemiro’s ball.

He ran towards the ball before leaving it after getting a shout from Fernandes, who finished past an advancing Ederson.

Fernandes reacted angrily to the offside flag and both sets of players crowded around Cann and Attwell during their discussion.

“To be honest the first goal is a joke,” Akanji told BBC Match of the Day. “I saw Rashford, he was clearly offside, so I played him offside.

“He runs until the last second and he stops when the ball is in front of him and he’s right in front of Eddy (Ederson), ready to score the goal because Bruno Fernandes is shouting at him.

“I understand he doesn’t touch the ball but he’s running for 30 metres and until the last second. For me, it is clearly offside. The referee doesn’t even look at the situation, it got explained at the start of the year this would be clearly offside.”

Ten Hag, who won his first Manchester derby for the second time of asking, said: “I could see on the other side that it confused the backline, that was clear. It is also the rule.

“I wouldn’t be happy if it was my team as well if we conceded a goal like this. I can see the disappointment on the other side, but I can also see the referee did well.”

City boss Pep Guardiola added: “Marcus Rashford is offside, Bruno Fernandes is not. Rashford distracted our keeper and centre defenders. It is what it is. We know where we play. It is difficult for the referees in these stadiums.”

Former Manchester City defender Micah Richards, speaking on BBC Match of the Day, said: “It is a shocking decision, let’s be honest.

“The nature of it, as a defender if someone is there, say you’re the striker, I am constantly adjusting my position based on where you’re going to be. I’m not worried about anyone behind me. You’re trying to play a high line and that’s an art.”

Ex-England and Arsenal striker Ian Wright added: “It should have been offside. Manuel Akanji stops because he sees Marcus Rashford running offside. He is interfering because Akanji has tried to play him offside and then Ederson has moved to save where he thinks he’s going to shoot. He’s taken everyone’s attention.”

‘He’s interfering with nobody’

For their part, Rashford and Fernandes thought the goal should have stood. “I thought I went a bit early so I didn’t run. If I ran for the ball, I would have just taken it or shot or passed. I thought I was offside so I didn’t touch the ball,” Rashford said.

“That’s all I can do in that situation and then it’s up to the referee and linesman. In my opinion, I wasn’t involved in the play. I felt like it should have stood.”

Fernandes, speaking on BT Sport, said: “I was facing the goal, Marcus probably saw I was in a better position. I didn’t know if either of us was offside. He didn’t make any influence on the defenders. It is what it is.”

Scholes said: “He’s interfering with nobody. It is good communication and a great finish.”

Former Manchester City defender Joleon Lescott agreed it should have been a goal, but added: “That’s the part of the rule I don’t like. The defender has done well to play offside.”

What does the law say?