"He is preparing very well and he is ignoring the talk about him."

• A lot of the pre-match talk from ex-players has centred around how England and right-back Kyle Walker will deal with the threat posed by Mbappe.

• But Lloris stressed: "He is focused on his objectives and seems very happy, as he has since the tournament began." 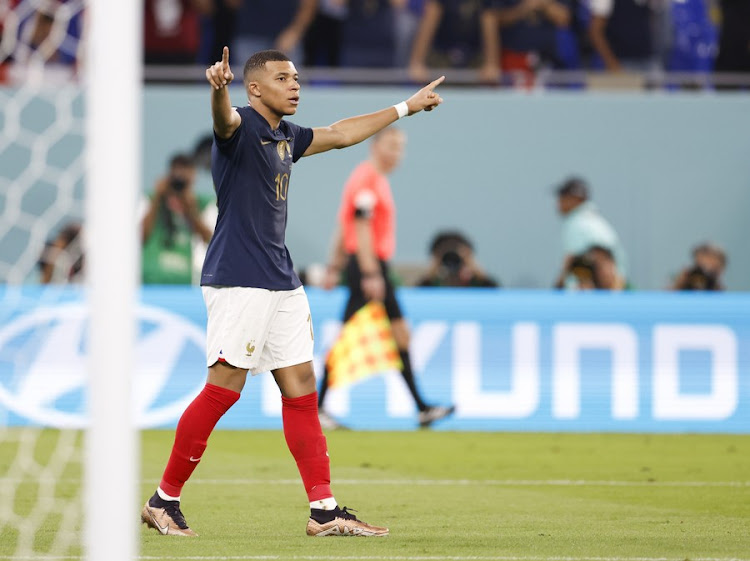 France forward Kylian Mbappe is "ignoring the talk about him" before Saturday's World Cup quarter-final against England, says Hugo Lloris.

Mbappe, 23, is the leading scorer in the tournament with five goals.

A lot of the pre-match talk from ex-players has centred around how England and right-back Kyle Walker will deal with the threat posed by Mbappe.

But Lloris stressed: "He is focused on his objectives and seems very happy, as he has since the tournament began."

"He is preparing very well and he is ignoring the talk about him."

France are unbeaten in Mbappe's 13 starts at major tournaments - winning all nine at the World Cup - and he has been directly involved in 12 goals in those fixtures, with the Paris St-Germain forward either scoring or assisting France's past seven World Cup goals.

He leads his team's statistics in a host of offensive metrics including shots (20), open play attacking sequence involvements (36) and opposition penalty area touches (46) at this year's World Cup in Qatar.

Manchester City's Walker and Mbappe have faced each other three times at club level, with the England defender winning two of those games.

"England will have prepared for Kylian, but he is in a position to make the difference," said France coach Didier Deschamps, who led his side to 2018 World Cup glory.

"Even in his last match he wasn't at his best, not in top form, but he was still decisive [scoring twice in a 3-1 win against Poland].

"We have other players, but Kylian is Kylian and he always will be."

Deschamps, who is out of contract after the tournament, also said England boss Gareth Southgate is a "very good coach".

"I very much like Gareth," said Deschamps. "We have met on a number of occasions and have talked about a number of things.

"Not everyone appreciates him so much in his own country, that isn't because he wasn't a good footballer himself - he had a long and distinguished career and he is also a very good coach."

'Kane is a top player'

The game will see Lloris come up against his Tottenham Hotspur team-mate and England captain Harry Kane.

The striker scored his first goal of the tournament in England's 3-0 last-16 win over Senegal, and Lloris said "very often he makes the difference".

"I only have positive things to say," said Lloris. "He's a very important player for the club and indeed for the England team as well.

"He's a real leader, an example for his team-mates and he is a top player. He's been decisive for his club and very often he makes the difference.

"Harry is known all over the world so I can't really add much. But he'll be an opponent. We'll both be representing our countries so our focus will be on that."

The two Spurs players could face each other in a penalty shootout should the game finish all-level and Lloris was asked about whether he would be confident against Kane because of their time together.

"You know better than me that Harry has the ability to shoot anywhere," said Lloris. "He's one of the best probably at this aspect of the game.

"Obviously for Harry or the other English players, they will be analysing their penalties. Then, it is all about feeling, all about instinct that you get during the match.

"Before you get to a penalty shootout, it is the time to make the difference on the pitch. We'll see. Anything can become decisive in what will be a big game.

"We have to be ready for every scenario."