It came as the Cherries beat Everton 2-0 earlier this month, with Moore saying: “It is nice to get one up already

•However Moore is aware his approach has led to greater scrutiny from match officials which has led to Page urging him to jump for the ball without swinging his arms. 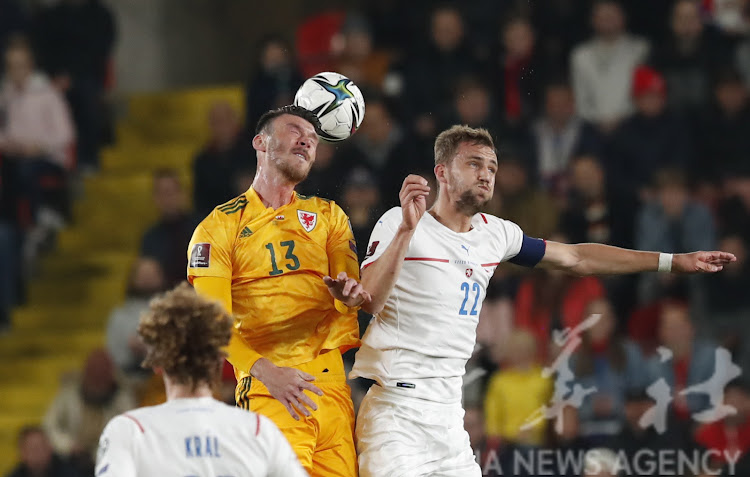 Towering Wales striker Kieffer Moore says he “can’t wait” to knock England out of the World Cup in Qatar.

Wales open their campaign against the United States on Monday. Manager Robert Page’s side then face Iran four days later, and complete the group stage against neighbours England on November 29.

Former England C cap Moore says “it would be amazing” to put the country of his birth out of the tournament.

The 6ft 5ins Bournemouth forward, 30, added: “There will be no mixed loyalties. I can’t remember much [about being capped by England C]. It was Estonia maybe and I think I came on towards the end of the game.”

Torquay-born Moore qualifies via his Welsh grandfather from Llanrug in north Wales, and has already headed a Premier League goal this season past England goalkeeper Jordan Pickford.

It came as the Cherries beat Everton 2-0 earlier this month, with Moore saying: “It is nice to get one up already.”

Moore also hopes his size and physical style of play can have the sort of impact Zlatan Ibrahimovic has enjoyed.

He has the same physical build as Sweden great Ibrahimovic and would love to end England’s World Cup interest in Qatar.

Having progressed via Truro and Dorchester, and lower league clubs such as Yeovil, Forest Green and Torquay, Moore admits “in general people don’t like” his style of play.

He said: “Along with the physical side, not many people you come up against like that side of the game. It is a bit of rarity now and something you can pull on.

“You can dominate the person you are up against in a physical and aggressive way. I like to lean against stuff where I think I can have an advantage.

“One player that springs to mind [like that] is Zlatan. You can see his physical prowess, the way he holds himself, his character and the way he plays football.

“I have watched countless videos of virtually every striker worth watching. I like to analyse a lot of other people to see if that can help me and I feel I have learned a whole lot of stuff from those videos.”

However Moore is aware his approach has led to greater scrutiny from match officials which has led to Page urging him to jump for the ball without swinging his arms.

“I have made a real conscious effort of working around it for the last year or so,” said Moore. “As dumb as it sounds, it’s not so much jumping without your arms but trying to lever yourself in that kind of way and doing different stuff to still have the same impact.”

Moore has not been shown a yellow card in a club game since September 2021 — but since then, has been cautioned in four of his last seven appearances for Wales.

Who will win the World Cup? Musicians have their say

The big kick-off is finally here.
Sports
2 weeks ago

On average, 1,973 COVID-19 patients were being treated in hospitals every day
News
3 weeks ago

WATCH: England greeted by excited fans on arrival at World Cup in Qatar

England is pooled in Group B alongside Iran, USA and Wales.
Sports
3 weeks ago
Post a comment
by XINHUA
Football
21 November 2022 - 00:00
Read The E-Paper