“To score at a World Cup would be a huge dream and I’m going to do everything for this dream, says Lewandowski.

• The 34-year-old Barcelona forward is Poland’s captain and record scorer with 76 goals in 134 appearances, but yet to make his mark on the biggest stage of all.

• His country failed to qualify for the 2010 and 2014 tournaments and only managed two goals as they finished bottom of their group in Russia four years ago. 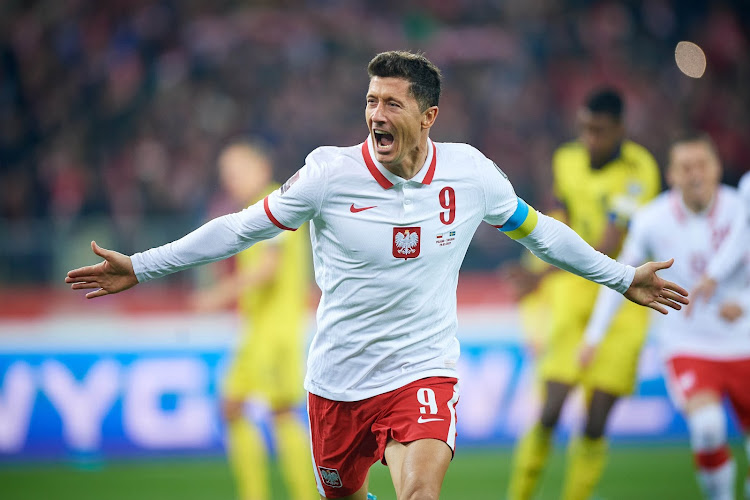 Robert Lewandowski in action during a past international match
Image: FILE

Robert Lewandowski is one of football’s most prolific goalscorers but still has one dream remaining — to score a goal at a World Cup finals.

The 34-year-old Barcelona forward is Poland’s captain and record scorer with 76 goals in 134 appearances, but yet to make his mark on the biggest stage of all.

His country failed to qualify for the 2010 and 2014 tournaments and only managed two goals as they finished bottom of their group in Russia four years ago.

“I think about the last World Cup for sure,” said Lewandowski. “To score at a World Cup would be a huge dream and I’m going to do everything for this dream. I hope in this World Cup it will happen.”

Poland came third in the World Cup in 1974 and 1982 but have either failed to qualify or not advanced past the first round in every tournament since reaching the last 16 in 1986.

They are in Group C and face Mexico on Tuesday, Saudi Arabia on November 26 and two-time winners Argentina on November 30, with Lewandowski relishing going up against Barcelona legend Lionel Messi in the last group game.

“I will be happy to have this opportunity to play against Argentina and Messi — he changed football for ever,” added Lewandowski.

“I am glad for everything I have achieved and these memories for the World Cup, so now is the time to enjoy.”

Messi left Barcelona in the summer of 2021 and now plays for Paris St-Germain, while Lewandowski moved to Barca this summer in a £42m move from Bayern Munich.

However, his career has not always been so straightforward.

“When I first played I was eight and played with the two-year older kids - I was the smallest,” recalled Lewandowski, now 6ft 1in.

“It was a huge challenge, a big problem, not just physically but also thinking about being smart on the pitch.

“[Development] didn’t happen until I was 19 to 20. I kept working on it and a huge difference for me was a lot of exercise in the gym.

“I worked on left foot, right foot, head - I wanted to be an all-round striker.”

Lewandowski was with fourth-tier Polish side Delta Warsaw but a family tragedy saw him nearly take a different path away from football.

“I lost my father at 16. I remember that time because it was my first step from the youth team to a professional team, he was supporting me and I was driving with him to every training session, every friendly match,” said Lewandowski.

“He died and it was a very tough moment as he couldn’t see my first game in professional football. Now you lose your father I had to start to know where I could go, left side or right side [the wrong path].

“If you are 16 you never know what is best for you. I decided to go left side for football. I didn’t have a father to tell the best for me, I only had my mother. That situation maybe changed me forever.

“I know my father’s somewhere where he’s around me on the pitch. I know he’s there and supports me a lot.”

He was released by Legia Warsaw a year later and Lewandowski again feared his career would end before it had started.

“I wasn’t ready, still I had to work hard. My sister told me they didn’t want to sign a contract with me. My mother helped me a lot. I was very sad. “My dream was broken, I was down, after a few minutes my mum said ‘this is done now, what can we do now?’

With his family’s support, Lewandowski’s career quickly grew with spells at Znicz Pruskow and Lech Poznan.

He made his international debut in 2008 and joined Borussia Dortmund in 2010, winning the Bundesliga twice and playing in the Champions League final in 2013 before moving to Bayern in 2014.

During his time at Dortmund, he worked with current Liverpool manager Jurgen Klopp, who helped him become so prolific.

“Jurgen Klopp said if you show 70 per cent of what you do in training in the game we will be very happy - and that will be enough,” said Lewandowski. “I started to believe that what I was doing was going in a good way. After one game, I was speaking with Klopp for two hours and for the first time since my father died I was speaking to someone that could be my father.”

Lewandowski then won the Bundesliga in every one of his eight seasons with Bayern, as well as the Champions League, Fifa Club World Cup and Uefa Super Cup in 2020.

He scored an incredible 344 goals in 375 matches for Bayern and praised current Manchester City boss Pep Guardiola, after the pair worked together between 2014 and 2016.

“I met Pep at 25 I worked with him two years and after two years I learnt even more than the rest in my life,” added Lewandowski, who has now scored more than 600 club and international goals in his career.

“I spoke with him a lot, he said you are the best striker and I can help you. He changed my thinking, not only about my position, but about football and how to defend as well.”

Despite everything he has achieved in his career, Lewandowski thinks he could still be playing for Poland by the time the 2026 World Cup comes around in the United States, Canada and Mexico.

“I don’t think this will be my last World Cup. I want to play in the next World Cup,” he added.

At 29 days from start to finish (20 November to 18 December), this will be the shortest World Cup since Argentina 1978
Sports
1 week ago

Infantino said: “We want to welcome the World to Qatar for the Fifa World Cup. This place will be open every day during the World Cup, to celebrate ...
Sports
1 week ago
Post a comment
by BBC
Football
21 November 2022 - 00:00
Read The E-Paper