•Human rights activists have said more than 400 protesters have been killed and 16,800 others arrested in a crackdown by security forces. 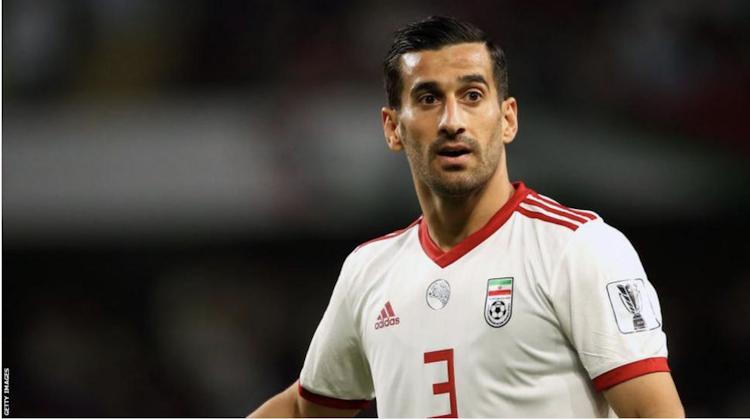 Iran captain Ehsan Hajsafi spoke out against the situation in his home country before his nation's opening game against England at the World Cup.

Violent anti-government protests in Iran have been met with a fierce crackdown in recent months.

Speaking to reporters ahead of Monday's game in Qatar, the 32-year-old said the players "support" those who have died.

"We have to accept that the conditions in our country are not right and our people are not happy," he said.

Human rights activists have said more than 400 protesters have been killed and 16,800 others arrested in a crackdown by security forces.

Iran's leaders say the protests are "riots" orchestrated by the country's foreign enemies.

"Before anything else, I would like to express my condolences to all of the bereaved families in Iran," defender Hajsafi said at the start of the news conference.

"They should know that we are with them, we support them and we sympathise with them."

"We are here but it does not mean that we should not be their voice, or we must not respect them.

"Whatever we have is from them. We have to fight, we have to perform the best we can and score goals, and present the brave people of Iran with the results.

"And I hope that the conditions change to the expectations of the people."

The build-up to the tournament had seen calls for Iran to be kicked out of the World Cup, with campaigners citing the country's alleged military backing for Russia's invasion of Ukraine and human rights issues including its treatment of women.