• Chinese Ambassador to Qatar Zhou Jian attended the ceremony and emphasised that the arrival of the giant pandas is a milestone of the China and Qatar relationship. 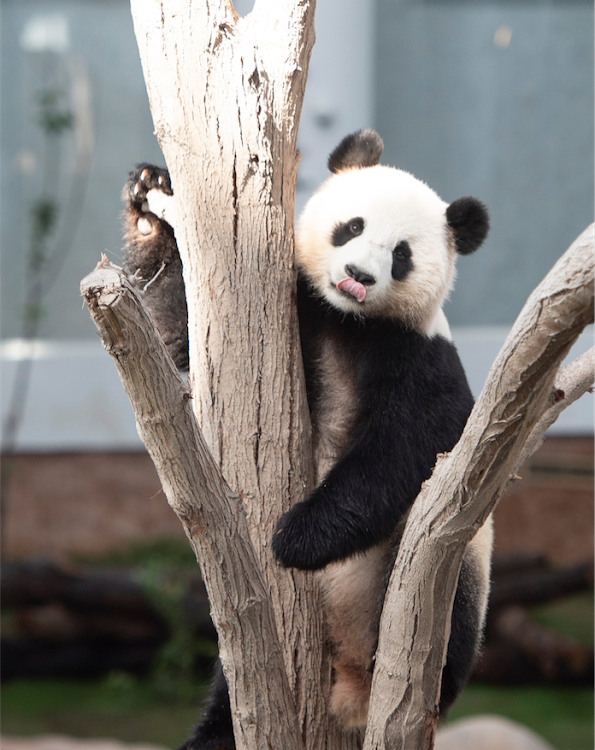 The giant panda Si Hai is seen at the Panda House at Al Khor Park in Doha, Qatar on November 17
Image: XINHUA

With the 2022 Qatar World Cup just three days away, Doha’s first-ever Panda House officially opened to the public on Thursday.

Born in the Wolong Shenshuping panda base under the China Conservation and Research Center for the Giant Panda in southwest China’s Sichuan Province, Si Hai and Jing Jing arrived in Qatar on October 19 and went through a 21-day quarantine before meeting the public in their respective and fully air-conditioned areas.

Chinese Ambassador to Qatar Zhou Jian attended the ceremony and emphasized that the arrival of the giant pandas is a milestone of the China and Qatar relationship.

“It not only carries the best wishes of 1.4 billion Chinese people to the Qatar World Cup, but also demonstrates the full support of China for Qatar to host the game,” Zhou added.

“The giant pandas will surely deepen the friendship between the two countries and expand cooperation in various fields, becoming a new symbol of China-Qatar relations.”

Zhou also noted that the giant pandas have received meticulous and thoughtful care since they moved in, adding that they can understand certain Sichuan dialect for the moment.

“The experts here are working very hard to take care of the giant pandas and trying to learn the dialect to better communicate with the pandas,” he said. “I must say they are doing a really great job.”

The Qatar World Cup will run from November 20 to December 18.
News
3 weeks ago

“The World Cup should be an occasion for joy and unity. It should send a message of hope,” Infantino told Xinhua.
Sports
3 weeks ago
Post a comment
by XINHUA
Football
18 November 2022 - 12:46
Read The E-Paper