Is VAR letting Premier League down?

Antonio Conte felt Tottenham defender Emerson Royal was wrongly given a red card in his side’s defeat at Arsenal.

• At Selhurst Park, Conor Gallagher scored a brilliant late winner to give Graham Potter his first victory as Chelsea boss - but Crystal Palace manager Patrick Vieira was left vexed by a key decision in the first half. 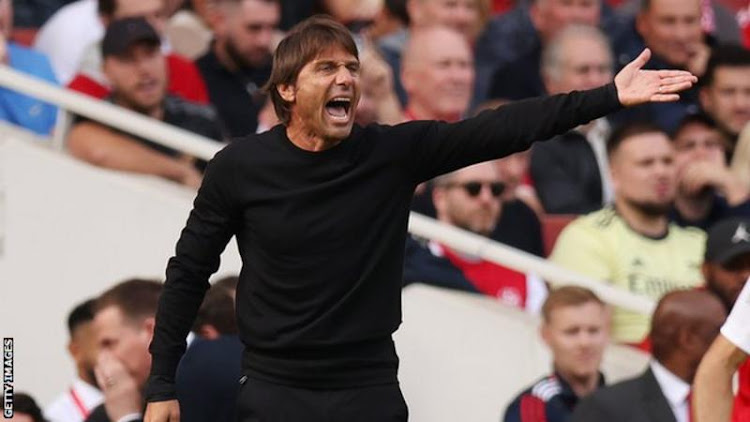 Antonio Conte reacts after Tottenham defender Emerson Royal was wrongly given a red card in his side’s defeat at Arsenal.
Image: HANDOUT

The Premier League returned on Saturday with its usual cocktail of drama, excitement and controversy — with refereeing decisions and VAR once again a big talking point.

Following his side’s 3-1 defeat by Arsenal, Tottenham boss Antonio Conte suggested refereeing and VAR in England is not at the required level, having seen his player Emerson Royal sent off for a second-half foul on Gabriel Martinelli.

Elsewhere, Crystal Palace chairman Steve Parish questioned the point of VAR, while Fulham boss Marco Silva fumed at what he called “strange decisions”. “In England, I have to be honest, it is very difficult because there isn’t the same line,” said Conte.

Here, BBC Sport takes a look at the decisions which created most debate.

Conte was infuriated by the decision to send Emerson off in the 62nd minute with Arsenal leading 2-1.

“They have to work a lot about this,” said the Italian while discussing the standard of refereeing in England. “In Italy, they go on Thursday and stay together for three days to work together, to look at the video and try and improve.

“I don’t know if they do that in this country, but it would be a good idea because the level is so high and we need the level of the referee and VAR the same. “The Premier League is a really high level, and for this reason every part of this situation has to be top.”

On Match of the Day, Ex-England striker Alan Shearer agreed it was a “stupid challenge”, while Arsenal legend Ian Wright said Emerson “gave the referee the opportunity”. 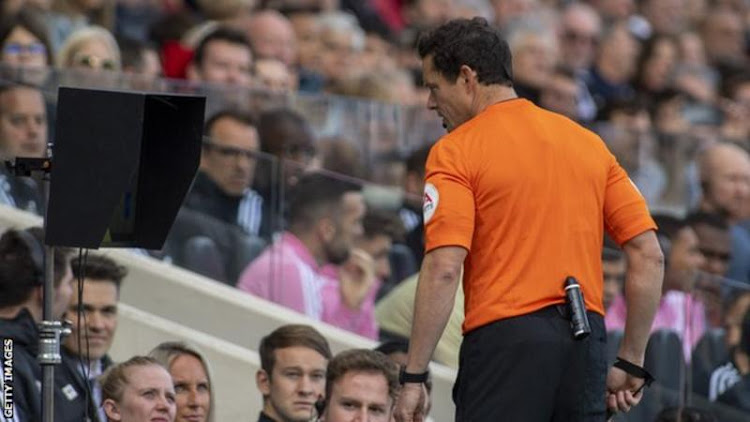 ‘Unbelievable how he managed to stay on the field’

At Selhurst Park, Conor Gallagher scored a brilliant late winner to give Graham Potter his first victory as Chelsea boss - but Crystal Palace manager Patrick Vieira was left vexed by a key decision in the first half.

Vieira felt Chelsea defender Thiago Silva should have been sent off after the Brazilian deliberately knocked the ball out of Jordan Ayew’s path with his hand. When contacted by BBC Sport, a Premier League spokesperson said the officials gave Silva yellow instead of red as they felt he did not deny Ayew an obvious goalscoring opportunity. Vieira, however, saw it differently.

“I just find it unbelievable how he managed to stay on the field,” Vieira said of Silva, who went on to tee up Pierre-Emerick Aubameyang for Chelsea’s equaliser.

During the game, Palace chairman Parish expressed his frustration at the decision.

Speaking on Match of the Day, Shearer agreed with the Palace boss: “Silva was very lucky, it should be a red card. Ayew was away. That is deliberate handball and he is very, very fortunate.”

Savage said: “Silva was not denying a goalscoring opportunity, he was going away from goal and so it was the right decision. Silva is the big talking point in the game, but I think the referee got it right.”

‘These decisions feel strange to us’

Another manager to be left unhappy by a key decision in his game was Fulham’s Silva, who watched his side play the majority of the 4-1 defeat by Newcastle with 10 men after Nathaniel Chalobah’s eighth-minute red card. Referee Darren England initially showed Chalobah a yellow for his challenge on Sean Longstaff, but upgraded his decision to a red after VAR intervention, prompting Silva to call for consistency.

“The referee was clearly there. He told me it was a clear yellow card. After so long a time to find one picture of Nathaniel’s tackle, it is difficult for me to accept,” said Silva.

“If it will always be like that, I would accept it. But I am 100% sure that in moments like that, one will be a yellow card and that’s it. This is the difficult situation to understand. We need to see consistency in these situations or you have to give the yellow card.

“I think in the next few weeks in tough matches you will see moments like this one where it will be a yellow card. These decisions feel strange to us.”

Wight and Shearer insisted there was no doubts about the red card on Match of the Day though, with the former saying: “He was out of control and it was a poor challenge.” 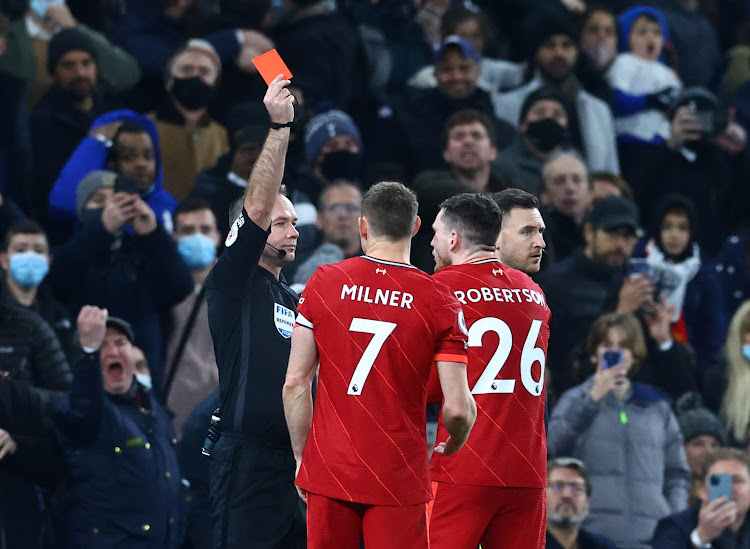 Prior to this weekend’s games, a study by data specialists Nielsen Gracenote found that Premier League referees on average show fewer red cards than other major European leagues.

In the past six Premier League seasons, red cards have been awarded at a rate of between 164 and 209 fouls per sending-off, so while still early in the season, they appear to be more lenient this term.

The leniency on red cards is striking, given that a yellow card is shown once every 5.25 fouls in the Premier League, the second-strictest behind Spain’s La Liga (4.96). Referees in England were also found to have awarded far fewer fouls (1,350) than other leagues.

While some managers were left frustrated, Brentford boss Thomas Frank praised inexperienced referee Thomas Bramall’s “character and calm head” after he stuck to his decision not to award Bournemouth a penalty for Kristoffer Ajer’s challenge on Jordan Zemura, despite being referred to the pitchside monitor.

“I’d like to praise Thomas Bramall for his job today. He’s a young referee, and every Premier League game is important,” said Frank. “His character and calm head was important in a very, very stressful moment, when you’re called over to the monitor.

“It’s a decisive decision for the game, and nine times out of 10 most likely it’s a penalty. But he sticks to his decision and that says a lot about him. I’m not in doubt that’s not a penalty, so very well done for him.”

The Hammers were controversially denied a 90th-minute equaliser at Chelsea on Saturday after VAR intervened.
Sports
2 months ago

David Moyes’ side hit back from a goal behind at London Stadium to claim a point against Spurs, who maintain their unbeaten start to the campaign.
Sports
2 months ago
Post a comment
by BBC
Football
03 October 2022 - 00:00
Read The E-Paper