Koke: How one-club midfielder became the rock Atletico is built on

And in the short term, this weekend’s record-breaking outing should finally see him receive some long-overdue credit, surprisingly rare for a player who has achieved so much.

• Koke has remained integral for Atletico ever since, moving into the centre of midfield, inheriting the captain’s armband from Diego Godin in 2019 and leading the team to another league title two years later.

• Despite his long-standing status as a key player for both Atletico and Spain, though, Koke often flies under the radar and is rarely even considered among the best players of his generation. 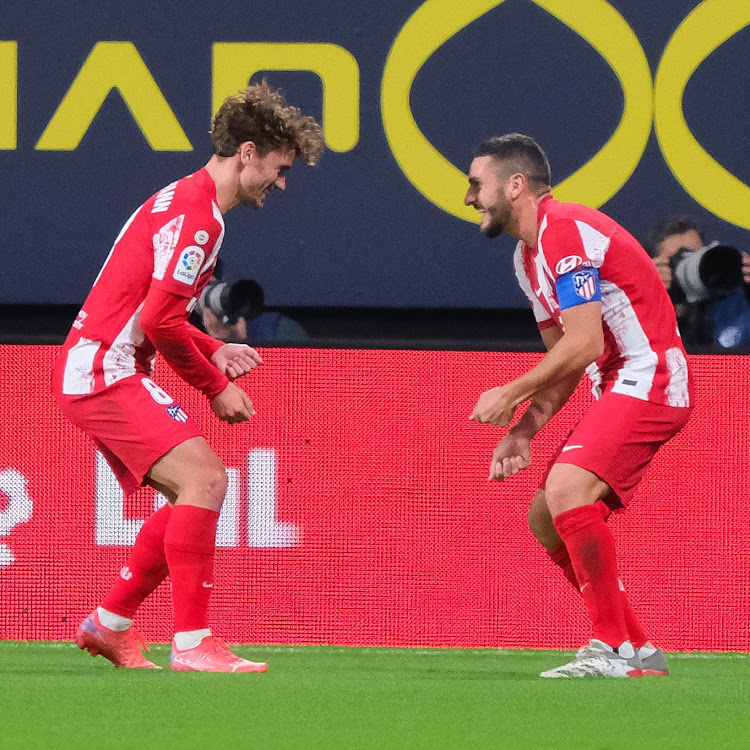 Atletico madrid's Antoine Griezmann celebrates with Koke during a past match
Image: FILE

Atletico Madrid captain Koke will reach a major milestone in Saturday’s trip to Sevilla, becoming the player with the most appearances in club history.

The midfielder is currently tied with 1960s star Adelardo Rodriguez on 553 games for the Rojiblancos and, still only 30 years old, looks certain to set an almost unbreakable record in the next few years.

And in the short term, this weekend’s record-breaking outing should finally see him receive some long-overdue credit, surprisingly rare for a player who has achieved so much.

Koke is the ultimate ‘one-club man’, joining Atletico’s academy at the age of just six. After progressing through the youth system he made his senior debut, aged 17, in a 5-2 loss at Barcelona in 2009, and soon became a first-team regular.

The arrival of Diego Simeone in 2011 was a key moment in his development, with the Argentine manager positioning Koke as a narrow winger in his combative four-man midfield. It meant the team’s width chiefly came from full-backs Filipe Luis and Juanfran.

By the time Simeone masterminded a remarkable La Liga title triumph in 2014, Koke was firmly established as an undroppable presence thanks to his combination of positional sense, perceptive passing, consistency, excellent dead ball delivery and — crucially for his coach — a tireless work ethic.

Koke has remained integral for Atletico ever since, moving into the centre of midfield, inheriting the captain’s armband from Diego Godin in 2019 and leading the team to another league title two years later.

Another of Koke’s attributes is an almost superhuman level of fitness, allowing him to play at least 40 games every single season for the last decade, and never missing more than a month of action through injury.

As the only ever-present squad member of Simeone’s 11-year reign, the coach’s affection for and belief in his captain are unconditional and unquestioned. And unsurprisingly, those sentiments are shared by Atletico fans. 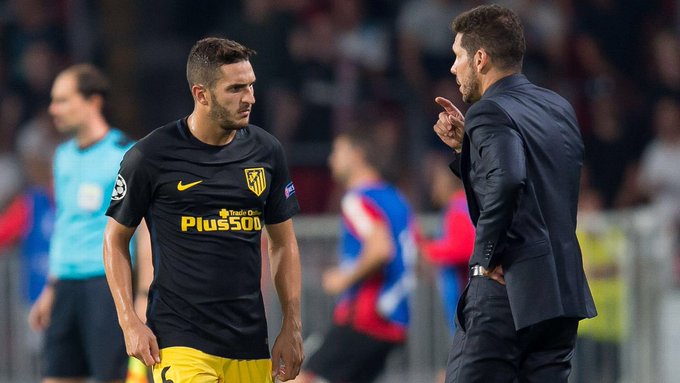 Ashwin Ballal, the author of a recently published book on Simeone’s spell in charge, Made in Argentina, Mastered in Madrid, told BBC Sport: “Atletico fans have seen Koke grow from the 17-year-old that debuted back in 2009 to a revered captain, and despite minor bumps their fondness for him has only intensified.

“Koke can be seen as the embodiment of everything the club stands for. He understands every single thing about Atletico, from the coach and his team-mates to the fans, and has made himself the rock upon which the side has been built.”

He’s not only important at club level. Koke is also a regular in the Spanish national team, captaining the side during their 1-0 Nations League win over Portugal, winning 67 caps to date and seemingly a dead-cert for manager Luis Enrique’s World Cup squad this winter.

Despite his long-standing status as a key player for both Atletico and Spain, though, Koke often flies under the radar and is rarely even considered among the best players of his generation.

For someone who has been an integral part of winning every club trophy possible except the Champions League, the fact that he has remained — Atletico fans aside — so unheralded seems a little strange. That lack of appreciation derives from his team-first playing style, which is unfussy and efficient rather than spectacular and flashy.

Although he is an excellent passer, Koke’s role dictates that he exerts most of his energy in maintaining the team’s shape and protecting the defence, rather than marauding towards the opposition penalty area. 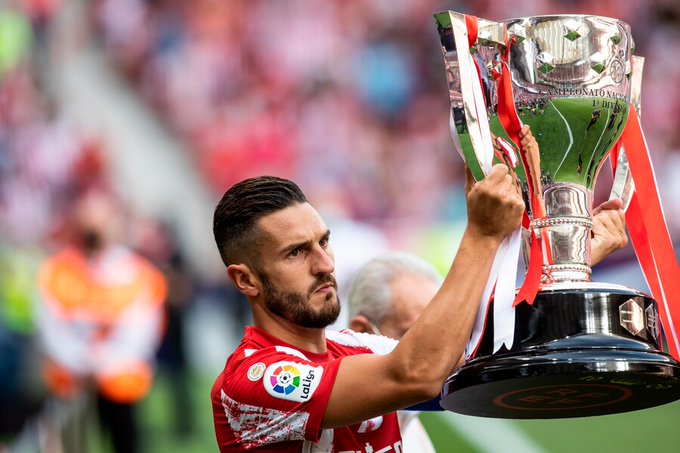 His 553 Atletico appearances have been accompanied by a modest total of 47 goals [and he is still waiting for his first Spain goal], with the bulk of his 93 assists coming from set-piece deliveries rather than defence-splitting through balls.

He is the kind of player who can go unnoticed, especially when the team has been functioning well with his reliable midfield platform giving more attention-grabbing team-mates — from Radamel Falcao and Diego Costa to Antoine Griezmann and Luis Suarez — the freedom to express themselves. 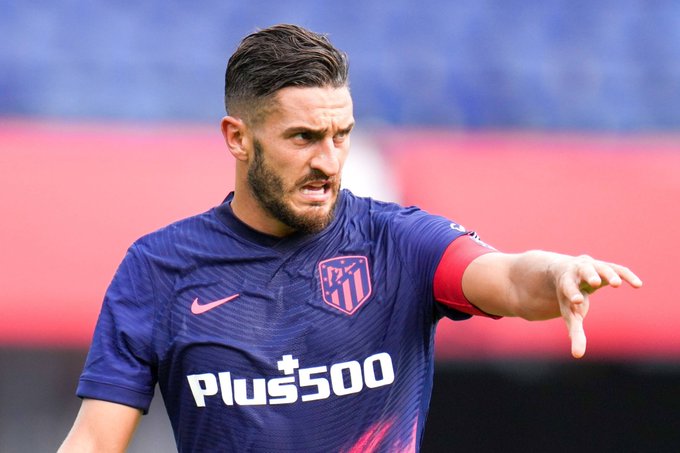 Atletico Madrid's Koke in action during a past match
Image: FILE

Off the pitch, it’s a similar story. Koke never shies away from post-game interview duties in the aftermath of a defeat, but rarely positions himself in front of the cameras following a victory. Koke’s modest selflessness does not go unnoticed by fans, team-mates or, of course, his manager, and Ballal adds: “It is very important for Simeone that there are players who can step up and command the side on his behalf, and Koke does that.

“Koke has always shown great maturity right from his younger days, and his willingness to take responsibility on and off the pitch has made him crucial.”

As he approaches his milestone weekend, it feels appropriate that Koke’s leadership skills — and his insistence upon placing the team’s needs ahead of his own — are required now more than ever. Atletico have made a worrying start to the season, winning just three of their first six league games and suffering a potentially costly Champions League loss at Bayer Leverkusen.

With Real Madrid and Barcelona both looking ominously strong, Atletico’s hopes of mounting a serious title-challenge appear remote, and Simeone could soon be facing the toughest spell of his managerial career.

But if things do get difficult for the Argentine boss, having the faultlessly reliable Koke at his side, as ever, could make that rocky patch a little easier to withstand.

Real won at Atletico Madrid on Sunday and some opposing fans allegedly sang racist songs when entering the ground.
Sports
2 months ago

Real Madrid forward Vinicius Junior says “the happiness of a black Brazilian in Europe” is behind criticism of his goal celebrations.
Sports
2 months ago
Post a comment
by Andy West Column BCC Sport
Football
29 September 2022 - 00:00
Read The E-Paper