The league has attracted 32 teams drawn from all the four sub-counties of Taita Taveta- Voi, Wundanyi, Mwatate and Taveta. 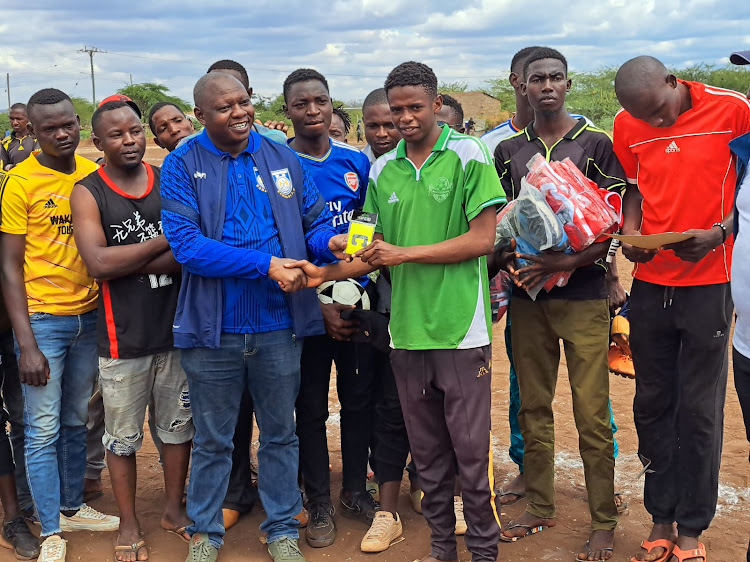 The Kenya Ports Authority has invested Sh10 million in support of the Taita Taveta Super League, which kicked off on Saturday at Taveta Sisal Grounds in Taveta.

The finals of the eight-month-long league is expected to be played in May 2023. The league has attracted 32 teams drawn from all the four sub-counties of Taita Taveta- Voi, Wundanyi, Mwatate and Taveta.

“We are happy with the way the last season was organized and we agreed to raise the money to Sh10 million for the benefit of the local youth,” said Osero.

“Last season, some youth were playing bare feet and some teams did not have first aid kits. This season, we decided to fully kit the teams. They have the jersey, balls and shoes,” he noted.

Last season the league lasted four months but this time round, it will be for eight months, ending in May next year," said Osero, who was representing the KPA acting managing director, John Mwangemi.

The two local youth were also admitted to Bandari Youth FC, where they play during holidays. The third youth plays for their junior team.

Osero expressed optimism that the local youth would soon join and play in Premier League teams. All the 32 Taita Taveta clubs were presented with jerseys, football boots, and balls.

Mwamburi Lalu of Bura Ndogo scored two goals, whereas Rodgers Odhiambo and Safari Mwangi netted a goal each to give their team a convincing 4-1 victory. Paul Emmanuel scored the only goal for Majengo.

In another game held at the same venue, Kimala FC managed to bag all three points after defeating their Mala ward colleagues Mikocheni FC 2-1.