•The Kenyan lads became the final side to book a semi-final berth in boys’ football on Wednesday after overcoming Kibuli 1-0 in their final group A match at the Braeburn playground.

•Highway lost to Ebwali Secondary School in the KSSSA in an action-packed thriller at Nakuru High School on September 12. 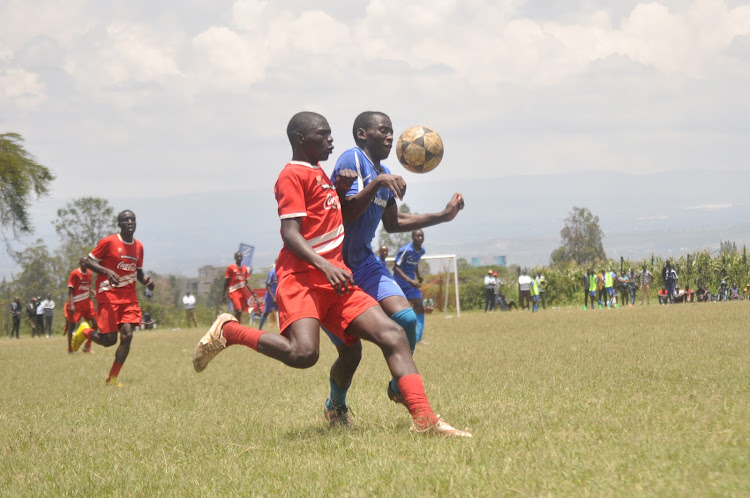 Highway — tutored by former Harambee Starlets head coach Beldine Odemba — will lock horns with Uganda's Kibuli Secondary School in the finals after edging St. Mary's Kitende from Uganda 1-0 in the semis on Thursday.

“This is amazing. We knew we would perform well in Arusha but never imagined we would come this far,” Odemba said in a post-match interview.

“We have a good team and their potential was reflected right from Day One in the Nairobi regional games. Now, nothing will stop us from bringing the trophy home,” Odemba said.

The Kenyan lads became the final side to book a semi-final berth in boys’ football on Wednesday after overcoming Kibuli 1-0 in their final Group A match at the Braeburn playground.

The outcome left them second on the log, wrapping up with eight points to edge out Uganda’s St Andrew Kaggwa Gombe High who managed seven.

Highway got their campaign off to a flying start after pipping Gasiza from Rwanda 3-2 at the TGT sports complex.

They, however, experienced a tough patch in their second fixture, where they played to a barren draw with St Andrew Kaggwa Gombe High and a one-all stalemate with Tanzanian school, Kiwira Coal Mines.

The Nairobi-based school got a lifeline in the Kenya Secondary Schools Sports Association (KSSSA) national championship, following the disqualification of Waylight from the competition.

Waylight, who shook off their minnows' tag heading into the tournament to upset Highway 1-0 in the regional finals on August 28, were found culpable of fielding an ineligible player.

Highway lost to Ebwali Secondary School in the KSSSA in an action-packed thriller at Nakuru High School on September 12.

Uganda's St Mary’s SS Kitende qualified as the top school in Group B to face the second-placed side in Group A (Highway SS).

St. Mary’s Secondary School, Kitende football team completed their Group 'B' matches on a high note, thumping Kenyan side Ebwali 4-0 at the TGT sports complex on Wednesday to take their points tally to 10 from four matches.

Kibuli beat compatriots Buddo 4-3 on postmatch penalties to book a place in the finals. They topped Group 'A' with 9 points. Buddo will now square it out with St Mary's Kitende in Playoffs.

Post a comment
WATCH: The latest videos from the Star
by TONY MBALLA
Football
23 September 2022 - 00:00
Read The E-Paper