A lot of fights ahead, Silva warning as Fulham win Forest thriller

Fulham scored three goals in six minutes to pick up their third victory of the Premier League season so far.

• “[The start of the season] has been really good. As well some games in the beginning of the season we should have got more points because we deserved it,” said Silva.

• Forest had led early on when Taiwo Awoniyi headed in a corner but were stunned by a remarkable Fulham comeback in the second half. 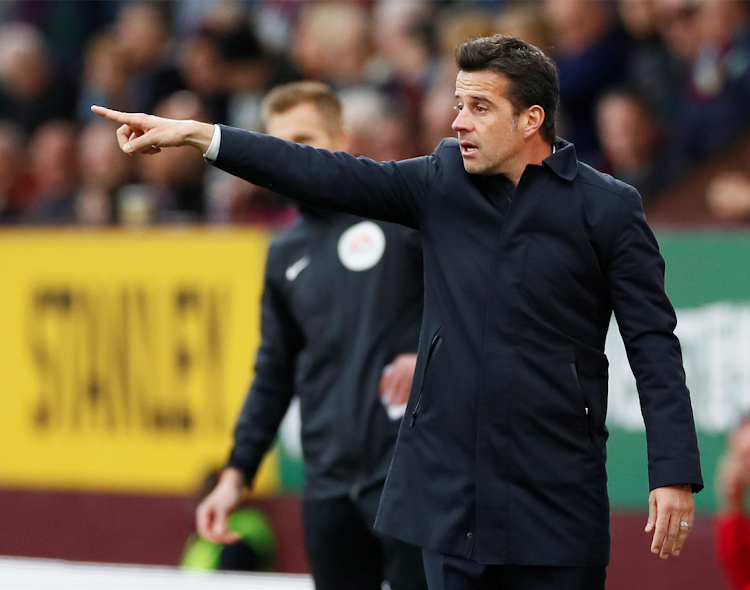 Fulham manager Marco Silva during a past match
Image: FILE

Manager Marco Silva said there are still “a lot of fights ahead” despite Fulham producing a thrilling comeback win over Nottingham Forest at the City Ground.

Fulham scored three goals in six minutes to pick up their third victory of the Premier League season so far.

“A lot of fights ahead of us. We are happy with how we started but we have to keep going.”

Forest had led early on when Taiwo Awoniyi headed in a corner but were stunned by a remarkable Fulham comeback in the second half.

Tosin Adarabioyo headed in the equaliser after 54 minutes, before Joao Palhinha’s stunning strike made it 2-1. Before Forest could catch their breath, Harrison Reed stroked in a third.

Fulham appeared to take control of the match as the second half wore on but a wonderful flick from Forest substitute Jesse Lingard set Brennan Johnson free and he teed up Lewis O’Brien.

Momentum switched back to Steve Cooper’s side but time ran out to score another as Fulham clung on for a victory which saw them move up to sixth place in the table.

“It was a fantastic feeling for us even if we suffered a little in the last few minutes and they had belief they could score again,” added Silva. “I have to congratulate the players because it is really tough to do something they have done. It’s the way we work and prepare for the game to learn every single day.

“We are a group and a unit working hard to achieve. We believe in ourselves and always trust in ourselves.”

Meanwhile, it was the second Premier League match in a row Forest have thrown away a lead after their 2-0 advantage over Bournemouth ended in a 3-2 victory for the Cherries two weeks ago.

Fulham, who finished 10 points ahead of Forest in the Championship last season, had chances in both halves but were also heavily tested by the hosts.

Awoniyi and Morgan Gibbs-White both came close for Forest, while goalkeeper Dean Henderson was forced into saves to deny Fulham’s Aleksandar Mitrovic, Kenny Tete and Andreas Pereira. In the end, a ruthless six minutes from Fulham did the damage as Forest were again humbled by the harsh realities of life back in the top flight.

Both teams had observed a minute’s silence prior to kick-off, before supporters sang the national anthem and applauded on the 70th minute in tribute to the late Queen Elizabeth II.

This was a match-up between two teams who spent last season battling in the Championship and it had the same physical edge to a game you would expect to see in the second tier of English football. Both teams were full of energy and aggression which made for an intriguing spectacle at the City Ground.

Tackles flew in at both ends of the pitch - Steve Cook was perhaps fortunate to receive just a yellow card for a foul on Fulham’s Willian when he was through on goal, while Issa Diop clattered into Forest’s Johnson to concede a wasted free-kick on the edge of the box later in the first half. But as the game developed the battles became less equal and momentum swung in favour of either team in large spells.

Fulham appeared to be in control when leading 3-1 before Lingard’s superb flick helped set-up O’Brien’s goal, making for a nervous ending in Nottingham. Forest pushed and pushed for an equaliser - while Fulham still had chances of their own - before eventually the visitors could settle things down again and see out the win.

Cooper’s side have already shown plenty of threat during their short time in the Premier League but they have now conceded 14 goals in their last four defeats, which will need to be addressed.

“It has happened again. A few games now we have taken the lead and not managed it well enough,” said Forest boss Cooper. “We are not handling conceding the first goal. It has cost us the last two games. You cannot do that at any level, particularly this one. It is something we need to improve on.

“There are times when I see good things and we look like a progressive team. That five minutes when we conceded three times we looked like a new team. It is something we need to address quickly.”

Can Mitrovic replicate his scoring feats in Premier League?

In 2020-21 the Fulham and Serbia striker endured miserable lows for club and country.
Sports
1 month ago
Post a comment
WATCH: The latest videos from the Star
by BBC
Football
19 September 2022 - 00:00
Read The E-Paper