Tunisia, who will meet France, Australia and Denmark in Qatar, face the five-time champions on 27 September in Paris.

• “When I heard the news, it was incredible,” Khazri told BBC Sport Africa. “When we talk about football, we inevitably talk about Brazil because it’s the country of football and the chance to face world-class players.

• In 1978, Tunisia made history when becoming the first African team to win a match at the World Cup — but they have struggled since, with just one victory from their past 14 games at football’s showpiece event. 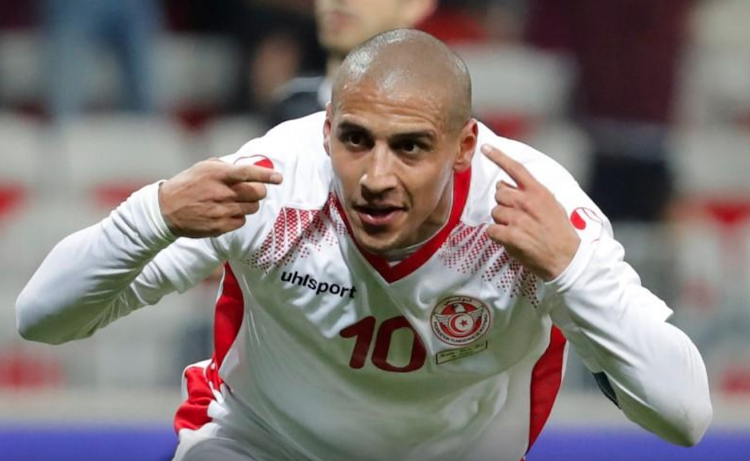 Tunisia's Wahbi Khazri celebrates during a past match
Image: FILE

Tunisia captain Wabhi Khazri says that this month’s friendly against Brazil will be an acid test for the North Africans ahead of November’s World Cup.

Tunisia, who will meet France, Australia and Denmark in Qatar, face the five-time champions on 27 September in Paris. Prior to that, the Carthage Eagles meet Comoros, impressive debutants at this year’s Africa Cup of Nations Cup, in Orleans next Thursday but it is Brazil that is understandably the main draw.

“When I heard the news, it was incredible,” Khazri told BBC Sport Africa. “When we talk about football, we inevitably talk about Brazil because it’s the country of football and the chance to face world-class players.

“It will be a great party and also a great challenge to measure ourselves against the best in the world of football. It’s important to play against big teams before the World Cup, because at the World Cup you meet the best. It also allows us to see what we are missing. We can draw conclusions at the end of the match, see what we are capable of doing well and what we can do better.”

It is little surprise that Khazri is relishing the challenge against Brazil as the two sides have met just once before, back in 1973 when the South Americans won 4-1 in a friendly. In Qatar, Tunisia open up against Denmark, on 22 November, and then face the Socceroos four days later before finishing with a massive tie against defending champions France, on 30 November.

The Carthage Eagles have never made it out of the group stage. Earlier this year, the 2004 African champions impressed at the delayed 2021 Nations Cup, stunning highly-fancied Nigeria — who had won all their group games — in the Round of 16 only to be surprised themselves by Burkina Faso in the quarter-finals.

Africa’s five World Cup representatives had been set to spend this international window playing Nations Cup qualifiers for the next finals, in Ivory Coast in 2024. However, these fixtures were moved to next year by the Confederation of African Football in July to allow the continent’s five World Cup sides better preparation games.

“It’s good that they have moved the Nations Cup qualifying matches,” Khazri added. “It will allow the five African teams to gauge themselves and to prepare themselves. There will be very little preparation time before the World Cup, so this match will be very important.

“It won’t leave us much time afterwards to work because I think there will be a week to ten days before the World Cup to prepare.”

As the last matches being played before head coaches have to name their final squads for Qatar, with the Fifa deadline for the squads of 26 being midnight on 14 November, these are vital games. After the Brazil encounter, Khazri will return to his French club Montpellier until his league, like many, pauses in early November to prepare for a tournament which starts when host nation Qatar take on Ecuador on 20 November.

In 1978, Tunisia made history when becoming the first African team to win a match at the World Cup — but they have struggled since, with just one victory from their past 14 games at football’s showpiece event.

That came in their last fixture at the 2018 World Cup when they beat Panama 2-1 in a dead rubber, with Khazri making Tunisia’s first before scoring the match-winner himself midway through the second half. As with many African sides, all five of the continent’s World Cup sides are in action next week, with Ghana also playing Brazil next Thursday — a day when Cameroon take on Uzbekistan and Morocco face Chile.

Senegal meet Bolivia the following day, before 27 September sees a fuller round of games with Tunisia taking on Brazil, Ghana meeting Nicaragua, Morocco playing Paraguay and Cameroon up against South Korea.

Page’s previous deal was set to expire after the 2022 World Cup.
Sports
2 weeks ago

Hakim Ziyech has not played for Morocco in over a year after falling out with a former coach.
Sports
2 weeks ago
Post a comment
WATCH: The latest videos from the Star
by BBC
Football
17 September 2022 - 00:00
Read The E-Paper