The Brazilian opened the scoring 10 minutes before half-time in the pulsating duel, sweeping a shot into the far corner.

• Bruno Fernandes was at the heart of both, splitting the Arsenal defence for Rashford’s first, then sending Christian Eriksen clear as the Dane provided the striker with a tap-in.

• Evidently, United were not in a strong bargaining position and the eventual price — the fourth highest sum ever paid by a Premier League club - is accepted by most to be significantly inflated. 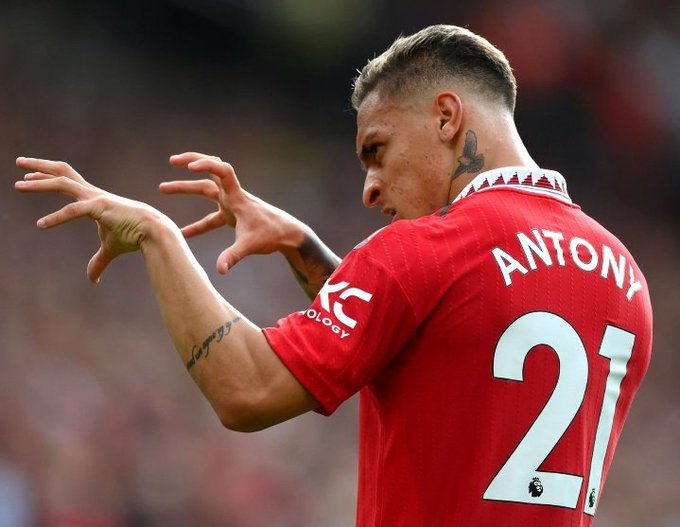 The Brazilian opened the scoring 10 minutes before half-time in the pulsating duel, sweeping a shot into the far corner. Rashford claimed the assist for that and then, after Bukayo Saka had levelled on the hour, the England striker profited from two clinical United counter-attacks.

Bruno Fernandes was at the heart of both, splitting the Arsenal defence for Rashford’s first, then sending Christian Eriksen clear as the Dane provided the striker with a tap-in.

It was Rashford’s first Premier League double since December 2020, helping lift them to fifth in the table. Arsenal remain top. However, after their excellent start to the season, manager Mikel Arteta will be concerned at how easily his side were opened up, although the Gunners did have a first-half Gabriel Martinelli goal ruled out by VAR.

“The game was there for the taking,” Arteta said. “We haven’t won it because we lacked some discipline in some moments and we weren’t ruthless enough in front of goal. If we play with more courage we win the game. It is a big lesson — if you want to win here you have to do everything so right.”

Having failed to prise Antony out of Ajax at the start of the summer and with the attempt to sign Ten Hag’s first choice transfer window target Frenkie de Jong stalling, United went back for the Brazilian in the wake of those awful defeats to Brighton and Brentford at the start of the season.

Evidently, United were not in a strong bargaining position and the eventual price — the fourth highest sum ever paid by a Premier League club - is accepted by most to be significantly inflated.

Yet it is impossible to quantify financially how a positive attitude transfers to supporters. It was clear, with his tricks and flicks and teasing of defenders, the 24-year-old is not short on confidence. 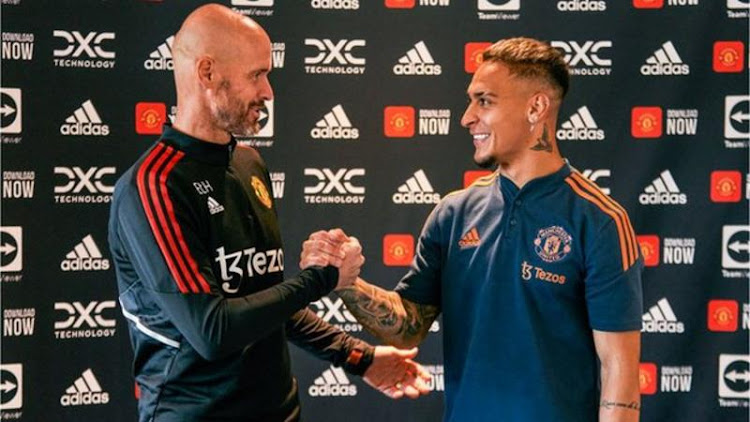 Referee Paul Tierney, who played an excellent advantage for the Brazilian’s goal after Bruno Fernandes had been fouled in the build-up, had to warn him about his celebration in front of the Arsenal fans with the ball up his shirt.

Not long after that, Antony was upended from behind by Granit Xhaka. Had he connected with his immediate response, trying to slice Xhaka down from behind, the response from Tierney would almost certainly have been more than a ticking off. The United fans loved it all. And while he lasted less than an hour before being replaced by Cristiano Ronaldo, Antony was afforded a standing ovation as he left the field.

However Antony’s time at Old Trafford works out, it isn’t likely to be dull. Disappointing result but Arsenal need not despair

Although they failed in their attempt to start the season with six wins in a row for the first time since 1947, it wasn’t a completely disastrous day for Arsenal. In the current climate, Martin Odegaard bundling Eriksen over to win possession and start the move that led to Martinelli finding the net was always going to see the goal ruled out.

However, Arteta spent a long time debating with fourth official Simon Hooper about Lisandro Martinez’s penalty box lunge on Saka, where he did touch the man and not the ball.

Arsenal should have equalised when Gabriel Jesus got the better of Martinez and set up Odegaard but neither the Norwegian, nor Saka as Arsenal continued to press could find the target when well placed to do much better. David de Gea acrobatically denied Martinelli as well, so Arsenal did have the opportunities to make more of their dominance of possession.

Odegaard and Xhaka were excellent in midfield and it is clear they have a more consistent goal threat with Jesus in their side. However, immediately after this month’s international break, the Gunners have a five-match sequence that includes home games against Tottenham, Liverpool and Manchester City. After these, far more will be known about this Arsenal side.

What next for the Manchester United star Ronaldo?

Ronaldo’s arrival changed the entire dynamic. His only effective position could be as a number nine.
Sports
4 months ago

Nine of the 20 top-flight clubs spent in excess of £100m as total expenditure bounced back after two seasons of Covid-impacted decline.
Sports
4 months ago

The deal is the fourth most expensive signing in Premier League history.
Sports
5 months ago

The deal is for an initial fee of 95m euros (£81.3m) — which will be the fourth most expensive signing in Premier League history.
Sports
5 months ago
Post a comment
by BBC
Football
06 September 2022 - 00:00
Read The E-Paper