The Gunners won their first five games of this season but Sunday marked the first time they had faced a side who finished in the top six last term.

• Deeney: “I still feel they are challenging for the title. You have to look at where they are as a unit.

• Not for the first time this season, Arsenal were made to come from behind as Manchester United’s £82m signing Antony scored on his debut. 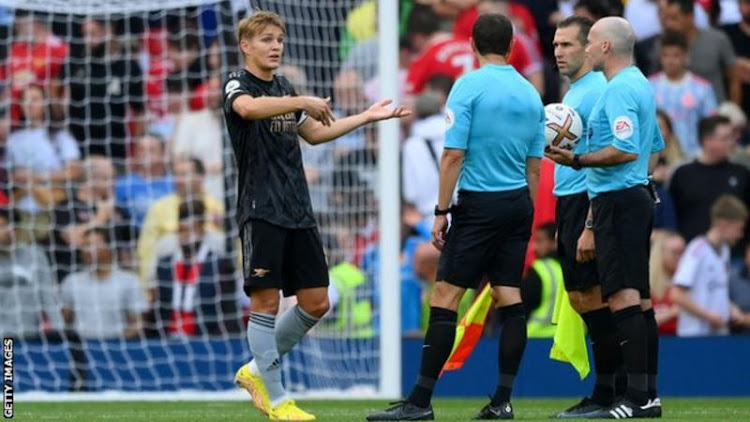 Arsenal's Martin Oodegard remonstrates with the officials during their match against Manchester United
Image: FILE

Arsenal missed the opportunity to take advantage of Manchester City dropping points on Saturday as they saw their 100 per cent record in the Premier League this season ended at Manchester United.

The Red Devils beat the Gunners 3-1 at Old Trafford on Sunday to move above Liverpool and Chelsea into fifth in the table. Despite the defeat, Arsenal remain top but just one point ahead of City.

Birmingham City striker Troy Deeney watched the game for Match of the Day 2 and gave his thoughts on what the performance from both sides could indicate for their respective campaigns.

A win for Arsenal would have put them four points clear at the top of the table after six games but even so, their current position is an impressive turnaround on this time last year when they were midtable and six points off the leaders.

The Gunners won their first five games of this season but Sunday marked the first time they had faced a side who finished in the top six last term.

Deeney: “I still feel they are challenging for the title. You have to look at where they are as a unit. They are two years into this project. I think they will be disappointed by this defeat but I don’t feel it is a huge setback, it was probably their first proper test of the season.

“This was a game that suited Manchester United in regards to not having to have a lot of the ball and hitting on the counter. They already knew that these games will be the ones that define how people perceive their start to the season but they have just had their first loss and they are still top so it will always be a great start to the season for them.

“I don’t think losing the 100 per cent record changes things for Arsenal. You always want to keep that because it is something to be proud of but I think they will want to go again and it might be a good reset.

“A defeat like this is not concerning, it is more about the ones we expect them to win now, against the likes of Southampton and Brentford. They are the ones where you’d look at Arsenal in the past and go ‘oh, they could lose that’ and you wouldn’t be surprised. Now do they kick on?” 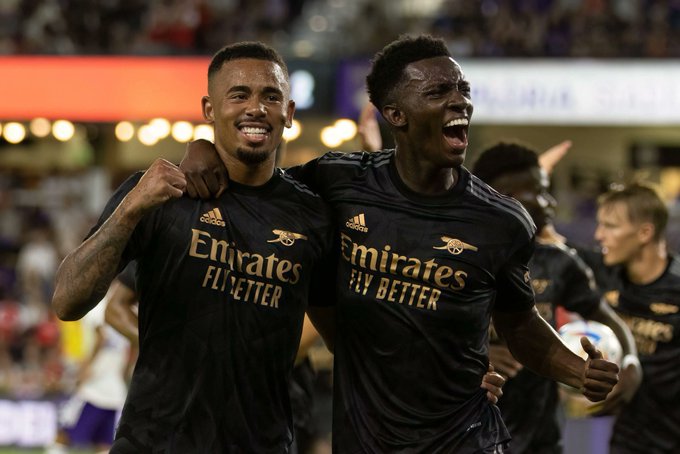 Not for the first time this season, Arsenal were made to come from behind as Manchester United’s £82m signing Antony scored on his debut.

They did equalise through Bukayo Saka but as they pushed for a winner they were caught out by incisive passing and quick attacks as a Marcus Rashford double sealed the win for the home side.

Deeney: “Arsenal got the equaliser and instead of trying to jump all over Manchester United and get the next goal they should have maybe kept possession and forced Manchester United into doing something different because United were just setting great traps.

“I’d say Arsenal showed naivety in the way they were taking too many touches. That was allowing Manchester United to get back in, reset the trap and go again.

“I think when you have broken the press you have to move fast, one or two touches, three maximum and that is ultimately where they got their best joy from.

“In the first half I felt Arsenal were trying to score the perfect goal. The Gabriel Martinelli offside one kind of changed things a bit because it seemed like United became even more switched on. If that was not a foul in the build-up I think Arsenal would have gone on to win that quite comfortably.” 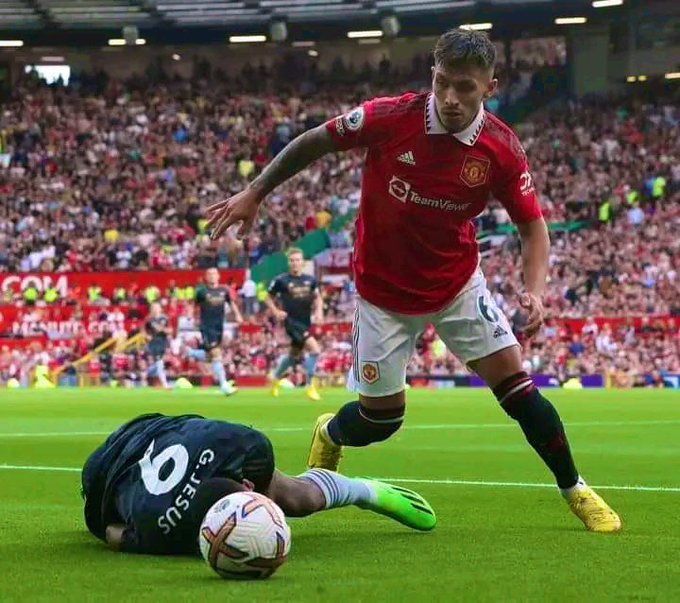 ‘Man Utd playing well but not top-four contenders... yet’

Manchester United look like a side transformed. After losing their first two games - 2-1 at home to Brighton and 4-0 at Brentford - they have won their last four in a row, beating Liverpool and now Arsenal in that run.

Against the Gunners, they had 39.5 per cent possession and completed 307 passes to Arsenal’s 461. They had fewer shots on goal than Arsenal (10 to the visitors’ 16) but were more accurate with their efforts, hitting the target six times compared to three for Mikel Arteta’s side.

Deeney: “They were tactically very good against Arsenal and I think that shows the team they are now — a counter-attacking one. They will try to break up play and get after teams and hit opponents on the counter with the raw pace they have up front.

“It was a good performance from them. They were not ball dominant but I don’t think they are going to be a ball-dominant team. They were really good at setting traps, they were allowing Arsenal around the outside of them, they didn’t want them to go through the middle. But then what happened in the transition is they were able to do that through Arsenal and that is how the first goal came about. They moved it quickly and were direct in their approach and they were clinical.

“It is looking really positive for Manchester United, but I still don’t see them as top-four contenders. The way they are playing they are very good but in some of the other games they are going to have to take people on and they are not quite there yet in terms of ball dominance.” 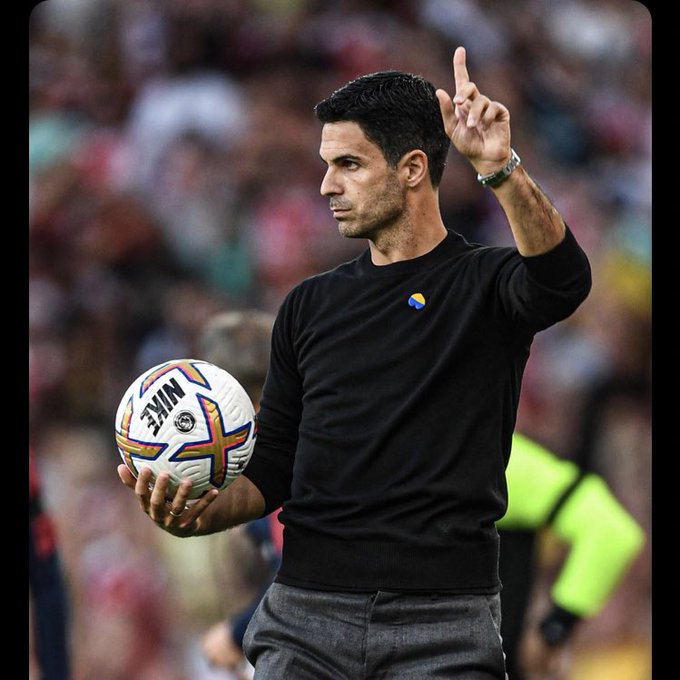 ‘Rashford has mojo back — and is Eriksen United’s Modric?’

Marcus Rashford scored and assisted in a Premier League match for the first time since October 2020.

The striker is onto three goals already this season after netting just four last term and his two goals on Sunday were his first against the Gunners since his Premier League debut in February 2016, when he also scored a brace.

Christian Eriksen provided the assist for his third and the former Brentford and Tottenham midfielder is starting to really look the part in the Manchester United midfield.

“Eriksen was also very good. You know the quality he has. He is not scoring and assisting as much as he did in his early days at Spurs but for me he is the one who makes the team tick.

“His first pass is always firm. He sets the tempo and momentum for them. Once they integrate Casemiro into that midfield then Eriksen could become Manchester United’s Luka Modric. Casemiro will break up the play allowing Eriksen to have the ball.”

Nine of the 20 top-flight clubs spent in excess of £100m as total expenditure bounced back after two seasons of Covid-impacted decline.
Sports
5 months ago

Ten Hag has also found the defenders he trusts and the midfield and forwards he believes will keep United winning before he can bring in more ...
Sports
5 months ago

Arteta turning Arsenal into contenders as they keep winning run

“We’re all so hungry to win each game. We’re going to continue like this for the whole season.”—Saka
Sports
5 months ago
Post a comment
by BBC
Football
06 September 2022 - 00:00
Read The E-Paper