United are interested in signing ex-West Ham and Stoke forward Arnautovic, who is now 33 and playing for Bologna.

• Arnautovic scored 43 goals in 184 Premier League games before making a lucrative move from West Ham to Chinese side Shanghai Port in 2019. 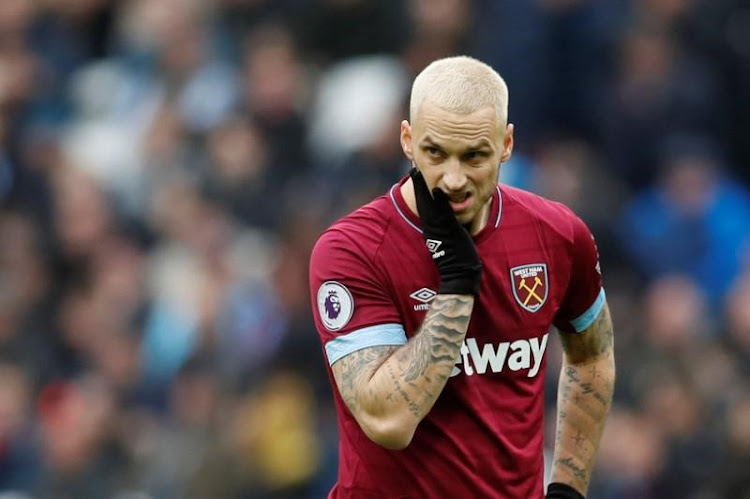 Marko Arnautovic in a past match for West Ham
Image: FILE

United are interested in signing ex-West Ham and Stoke forward Arnautovic, who is now 33 and playing for Bologna.

Since new manager Erik ten Hag’s tenure began with a 2-1 home loss to Brighton on Sunday, United have also been linked with Juventus midfielder Adrien Rabiot.

“That’s madness, thinking about signing [Arnautovic],” said Sutton. “I thought it was a spoof, it’s ridiculous.”

Arnautovic scored 43 goals in 184 Premier League games before making a lucrative move from West Ham to Chinese side Shanghai Port in 2019.

The Austria international joined Bologna on a two-year deal in summer 2021, scoring 14 goals in 33 Serie A games last season.

Speaking on BBC Radio 5 Live’s Monday Night Club, Sutton added: “It’s a real wrong move in terms of the eyes of the supporters. There’s a million other players out there United should have been linked with. I do no get that.

“It’s an absolute PR disaster. If Arnautovic comes in, that’s going to put Ten Hag under so much pressure.”

Bologna sporting director Marco di Vaio said Arnautovic is “at the centre” of the Serie A club’s project.

“Arnautovic is a winning bet, we all made great efforts to bring him here and he responded on the pitch — we want to go forward with him, our will is not to sell but to strengthen and complete the team to make an important season.”

Also speaking on the Monday Night Club, Micah Richards said Arnautovic is the type of player Manchester United should bring in “after you’ve got your number one signing”.

Richards added: “He is a good player, it just shouldn’t be announced now. He should be sliding in through the back door and you think, ‘oh, he adds strength in depth’. It’s just desperation, there doesn’t seem to be a plan. But players don’t want to go to Manchester United now.

“Say they tried to get [Moises] Caicedo, or another young player, because of the size of the club, fans would say, ‘who’s this? why are we not going for the top players?’”

Brighton signed Ecuador midfielder Caicedo and Spain left-back Marc Cucurella last year, with the 20-year-old Caicedo having now established himself in their starting line-up and the Seagulls making a considerable profit by selling Cucurella to Chelsea. after a £15m arrival from Getafe.

“If you look at Cucurella, Chelsea are paying a ‘risk premium’,” said journalist Rory Smith. “Brighton take the risk that he might not adapt or settle, then Chelsea say ‘he’s proven, we’ll now pay his true worth’.

“United can’t do that, they can’t buy a £15m relatively low-profile left-back from Getafe. What they should be able to do is attract players who are not in the Champions League and saying, ‘we can get you there, by adding five or six of you together’.”

Sutton added: “If Ten Hag said, ‘I need patience, we’re going to bring young players in, we’re going to develop them, you’re going to have to bear with me for two seasons’, I think the fans would buy that rather than what we’ve seen in the last 24 hours.

“The last 24 hours have been really damaging for Manchester United. That’s when it looks like they’re making it up as they go along.”

In June 2021, Arnautovic said he was “not a racist” following an incident during Austria’s Euro 2020 win over North Macedonia that led to him being found guilty of “insulting another player” and suspended by Uefa for one match.

Arnautovic, who has Serbian heritage, had to be restrained by captain David Alaba as he celebrated his goal and appeared to direct comments at opponents Egzon Bejtulai and Gjanni Alioski, who have Albanian roots.

There were not many of those signs at Old Trafford, however. Instead, it felt like there were a lot of crossed wires in Ten Hag’s first game in ...
Sports
1 month ago

The Portugal forward, 37, wants the club to let him leave this summer and he missed United's pre-season tour to Thailand and Australia because of ...
Sports
2 months ago
Post a comment
WATCH: The latest videos from the Star
by BBC
Football
10 August 2022 - 00:00
Read The E-Paper