The likes of Bertha Omita (Gaspo) and Linda Kosgei of Nakuru found the going tough when they opted to leave the country.

•The latest is Gaspo Women goalkeeper Pauline Kathuruh who joined Yanga Princes last week and made her debut on Saturday in their 4-0 rout of Ilala Queens.

•Two days before Situma's arrival, the Tanzania giants had already confirmed the signing of another Gaspo player Corazon Aquino. 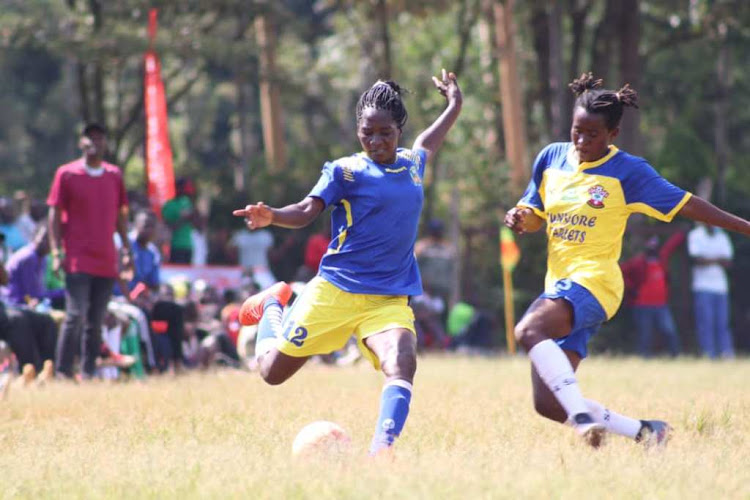 Vihiga Queens coach Boniface Nyamunyamu wants women footballers to be sensitised on the rigours of playing abroad even as interest for Kenyan talents from overseas clubs intensifies.

"Not every move outside the country is good for the player in as much as their ambitions to play in big leagues abroad," Nyamunyamu hinted. "Some players have regretted making wrong choices after seeing their careers head south. The likes of Bertha Omita (Gaspo) and Linda Kosgei of Nakuru found the going tough when they opted to leave the country."

"Coaches have even ended up paying fares for players to return home. It's not always smooth sailing abroad. Choices matter and have consequences as well and sensitisation is the only way to fix the dilemma."

Since June, at least four players plying trade locally have made a giant leap mostly to Tanzania while others head out of the continent.

The latest is Gaspo Women goalkeeper Pauline Kathuru, who joined Yanga Princess last week and made her debut in Saturday's 4-0 rout of Ilala Queens.

WPL 2021-22 season top scorer Topista Situma, who managed 17 goals for Vihiga, left for Tanzania's Simba Queens on July 1 after terminating her contract with the county-sponsored team.

Two days before Situma's arrival, the Tanzania giants had already confirmed the signing of another Gaspo player Corazon Aquino.

Trans-Nzoia Falcons' Violet Wanyonyi is expected to complete her protracted move to Moroccan top-tier side Club Municipal de Laayoune later this month while many more players are rumoured to be on the move.

Nyamunyamu, however, warned players must assess their options carefully.

"I highly doubt if Tanzania's Serengeti Lite Women's Premier League is as competitive as Kenya's. There's no need to move to a less competitive league and that is where our players get it wrong," he said.

"The salary aspect needs to be factored also since some of the so-called foreign teams pay peanuts."

He continued: "The government's impasse with Fifa has made players prefer heading elsewhere because we do not know when the standoff will end."

The men's league will resume on August 27 with the women's competition being rolled out a week later.
Sports
2 months ago

Kilifi side to embark on mass recruitment after sealing WPL return

MTG on Sunday sealed promotion to the top-flight league after a 2-1 win over Gideon Starlets FC in the playoffs at the Nakuru Showground.
Sports
2 months ago
Post a comment
WATCH: The latest videos from the Star
by EVANS OUSURU
Football
10 August 2022 - 00:00
Read The E-Paper