Where could Manchester United striker go this summer?

The Portugal international re-signed for United before the 2021/22 season, scoring 18 league goals.

•The 37-year-old has missed the club’s return to pre-season training at Carrington so far this week for family reasons and instead trained at the Portuguese national team’s headquarters. 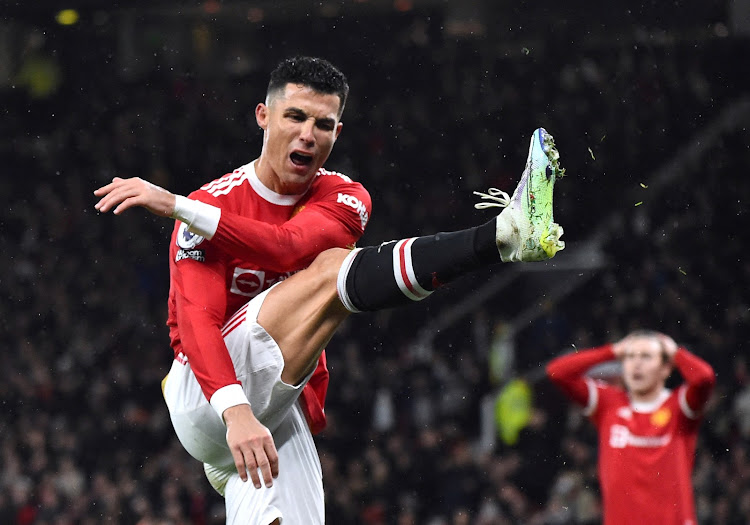 Manchester United's Cristiano Ronaldo reacts after missing a chance to score in a past match
Image: FILE

Manchester United striker Cristiano Ronaldo wants to leave the club this summer if the Premier League side can find the right offer.

The Portugal international re-signed for United before the 2021/22 season, scoring 18 league goals. It is thought Ronaldo wants to play in the Champions League but United missed out after finishing sixth in the league and qualifying for the Europa League.

The 37-year-old has missed the club’s return to pre-season training at Carrington so far this week for family reasons and instead trained at the Portuguese national team’s headquarters.

The squad are due to leave for their pre-season tour of Thailand and Australia on Friday. United failed to win any trophies last season and there are many rumours surrounding where Ronaldo could end up in the 2022/23 campaign.

The main link comes from Robert Lewandowski’s likely exit for Barcelona, coupled with Bayern’s status as one of European football’s giants. It does overlook the fact they have just paid £30m for Liverpool’s Sadio Mane and have no real history of signing older players.

Barcelona are trying to rebuild as they start to emerge from the financial crisis that forced the exit of Lionel Messi 12 months ago. President Joan Laporte clearly feels he can improve his squad but needs to raise money, hence his efforts to ease Dutch midfielder, Frenkie de Jong, out of the Nou Camp. Signing someone like Ronaldo would seem to go against the wider vision - setting aside his obvious link to Real Madrid.

Spanish newspaper AS is reporting Ronaldo met Laporte in Barcelona on Monday.

Verdict: Barcelona would have some explaining to do if they agreed a deal.

New owner Todd Boehly is trying to make an impression at Stamford Bridge following his takeover and there are few bigger names in the game than Ronaldo. Romelu Lukaku’s exit does create space in Thomas Tuchel’s squad for a striker. However, Lukaku’s more direct style did not suit Tuchel’s approach—and it is difficult to see Ronaldo being a better fit. And, having lost an eye-watering sum on the Lukaku deal —at least in the short-term—committing another enormous amount on a player who will be 38 next season would be brave.

With Bruce Buck, Marina Granovskaia and Petr Cech leaving, the suggestion is that Boehly is having an increasingly influential say on Chelsea’s transfer strategy. The Athletic report Chelsea are considering a move to buy the Portugal international this summer.

Verdict: It is easy to see how it could happen, but less easy to understand why it would.

PSG have tended to like a big name, so adding Ronaldo to the mix wouldn’t be an issue in that sense. PSG also have enough money to do the deal. However, the club, which has stated its intention to move away from the ‘galactico’ model, have already signed Kylian Mbappe on an extraordinary contract and also have Neymar and Messi— who spent the best part of 15 years vying with Ronaldo for the right to be acknowledged as the best player in the world — on their books.

New coach Christophe Galtier would have a headache if Ronaldo was added to the mix. Not that he would have much say in the matter.

The Independent say Ronaldo is willing to take a huge pay cut to get away from Old Trafford next season and that PSG are one of the options for the star.

This kind of makes sense. Napoli attracted Diego Maradona to the club and the Argentina World Cup winner became a hero for helping the side twice claim the Serie A title. They have not won the title since, so what an impression Ronaldo could make at the club.

Napoli have also qualified for the Champions League, which is what Ronaldo wants. Yet, financially, this is not easy. Prior to the pandemic, Napoli’s revenue was around the same as Everton’s, way behind Juventus, who signed Ronaldo with an eye on commercial income, then decided he was too expensive. How would it make any more sense for Napoli?

The Athletic report Ronaldo could move to the Italian side, despite the club’s owner previously saying signing a striker in their mid-late 30s is not “fine”.

More obvious than most but still questions to be asked.

Why would they keep Ronaldo?

Ronaldo has a year left on his contract and United are adamant they will not sell. If the club’s position does not change, Ronaldo has to remain where he is. Football is never quite so simple though and even for United, there are pluses and minuses to Ronaldo’s presence.

If he goes, it would allow new manager Erik ten Hag the freedom to build a squad that plays the pressing game he prefers, something that would not be possible in the same way if Ronaldo was still at United. Ten Hag could also adopt a long-term approach, as evidently, Ronaldo, at 37, is not going to be around for too much longer however this season plays out.

However, bringing in a centre forward has not been part of the recruitment plan at United this summer and the options for bringing in a replacement from outside the club are not extensive. Previous manager Ole Gunnar Solskjaer used Marcus Rashford and Anthony Martial as a number nine, but neither is comfortable in that slot.

Staying at Old Trafford seems the most likely option but Ronaldo’s advisor Jorge Mendes is talking to various clubs to assess the wider interest.

There are other places for Ronaldo to go.

A return to Portugal would have an emotional pull. But surely, given his background, that could only be possible at Sporting, the club that nurtured Ronaldo as a young boy. Sporting have qualified for the group stage of the Champions League but will be the third seed at best, and it is impossible to conceive they could put together a financial package even remotely on the same scale as Ronaldo could earn elsewhere.]

Evidently, in the latter two cases, money would not be an issue. But one of the reasons for Ronaldo wanting to leave Manchester United is because he wants to play at the highest level. None of those competitions is that.