“He will be remembered if he leaves this summer as the right man at the wrong time,” says Alan Feehely, editor of Football Espana.

• Barcelona fans saw glimpses of that talent but through a period of upheaval, managerial changes and financial uncertainty, De Jong never hit the dizzying heights his Ajax form projected.

• Koeman, set to retake the Netherlands job after the World Cup, told Catalan radio this week De Jong was “a great player for Barca”, adding that the player told him he wanted to continue at the club. 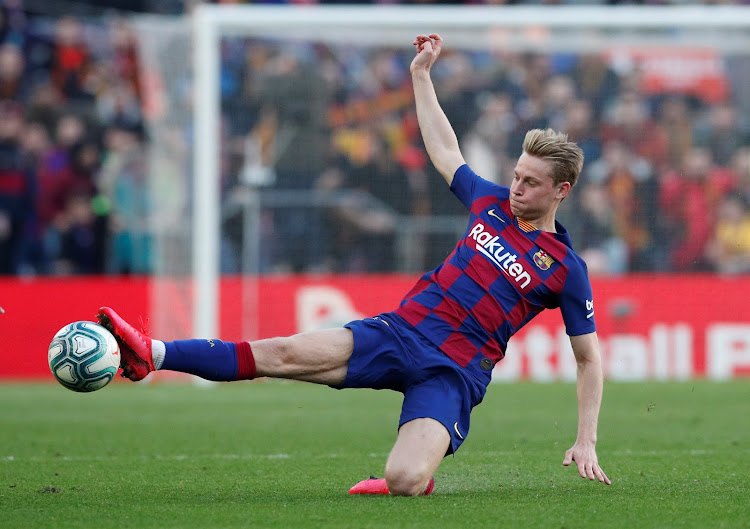 A talented young Dutchman strutting his stuff at the Nou Camp? Frenkie de Jong and Barcelona should have been the perfect fit, but now it seems if the midfielder is to deliver on his potential then Old Trafford will be the destination.

De Jong loves Barcelona and is not keen to leave, while the Catalan giants would rather not have to sell him, but financial constraints mean the club need to free up cash and the 25-year-old is one of their most saleable assets.

A broad agreement over a 65m euro fee, plus add-ons, has been agreed with Manchester United in a move that would reunite the Netherlands international with Erik ten Hag, the coach who got the best from De Jong as a key cog in Ajax’s run to the Champions League semi-finals in 2018-19.

Barcelona fans saw glimpses of that talent but through a period of upheaval, managerial changes and financial uncertainty, De Jong never hit the dizzying heights his Ajax form projected.

“He will be remembered if he leaves this summer as the right man at the wrong time,” says Alan Feehely, editor of Football Espana. “The issue is he has never settled, really. He has never dominated games in a way that Pedri or even Gavi have — he has been there for three full seasons and there has never been a time when he has been their best midfielder.

“He has failed to supplant Sergio Busquets at the base of midfield, he failed to find a true position. If he does leave, it will be one of regret and what could have been.”

How will Ten Hag use De Jong?

De Jong spent 18 months playing under Ten Hag at Ajax, winning a league and cup double in the season before his Barcelona move, with the midfielder praising his coach’s tactical approach.

As a youngster, De Jong was initially overlooked by Ajax because he was so skinny, instead getting his break at Willem II and making his Eredivisie debut two days before his 18th birthday, before being signed by the Dutch giants.

One former coach at the Amsterdam club told BBC Sport the midfielder was the most explosive young player he had worked with - something that when combined with his good ball control, allows De Jong to engineer time and space and make “better decisions in the field”.

Ten Hag realised he had to discover the best role for De Jong to properly showcase that talent, noting that his quality is how he “makes the forwards perform better”.

“He’s not a goalscorer,” he told Dutch TV after Barcelona deployed him as a ‘10’. “He’s the player who supplies the team-mates who give the assists or who score goals from their position.”

Ten Hag has spoken about how he used De Jong in a system with “two number sixes” at Ajax, but he even had outings at centre-back on occasions, something Michael Statham, from Football Oranje, says did not work. 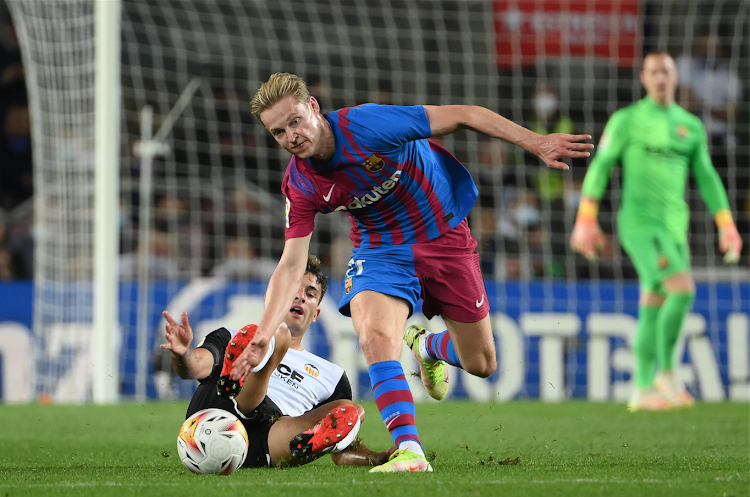 “It was an experiment to try to get them playing on the ball from the back,” he tells BBC Sport. “But De Jong was exposed massively — he is not a centre-back who wins headers and he got beaten for pace on the turn multiple times.

“Ten Hag used him mainly as a defensive midfielder, but that works a little differently at Ajax. He used him as a playmaker from deep. As a midfielder, he is brilliant. He played deep when the build-up started, between the two centre-backs to try to get the ball flowing. The goalkeeper would often use him as an outlet.

“Further up the pitch, he would be on the edge of the area, not taking shots, but moving the ball on again, putting players into really neat positions inside the box, switching the play and using the wide areas.”

A statement signing for United?

It was former boss Ronald Koeman — also once De Jong’s national team boss — who seemed to get the best out of his countryman and he still regards the player highly. Koeman, set to retake the Netherlands job after the World Cup, told Catalan radio this week De Jong was “a great player for Barca”, adding that the player told him he wanted to continue at the club.

Current Dutch boss Louis van Gaal may have encouraged Ajax defender Jurrien Timber away from a move to Manchester United at this stage in his career but has also talked up De Jong’s talent during recent international windows.

“I already knew how important Frenkie is. I don’t need to see that anymore — Frenkie brings extra quality, that’s why he is worth €112m,” said Van Gaal, referencing his value in a recent CIES Football Observatory study. 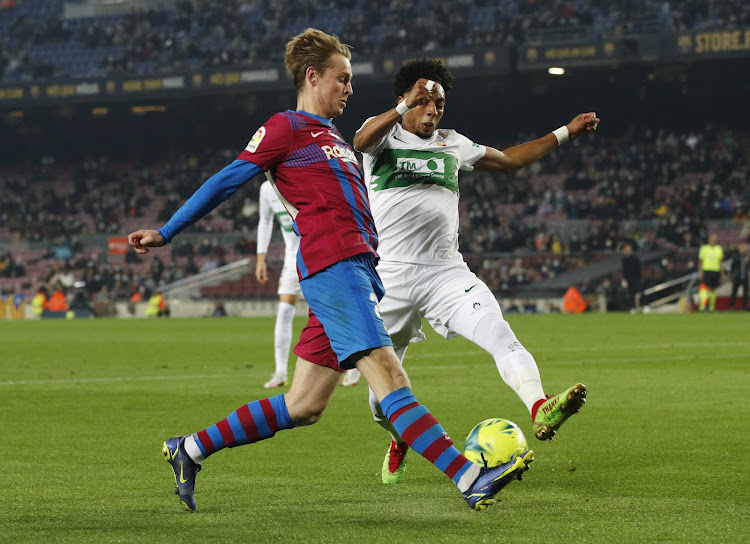 United will seemingly pay a lot less than that figure — closer to the initial £65m Barcelona bought De Jong for — though the deal will represent a large chunk of Ten Hag’s budget.

De Jong could be a key piece in a sizeable puzzle facing Ten Hag regardless, but the departures of Paul Pogba, Juan Mata and Nemanja Matic this summer have made reinforcing United’s midfield - and adding creativity — a must.

Ten Hag’s pursuit of the midfielder this summer shows how valuable he believes he will be to his United side, and Feehely says witnessing De Jong at his best in Spain was a “low-key masterclass”.

“He’s not a Marco Verratti or a Thiago Alcantara who really catches the eye with the way they control and play the ball,” he adds. “He is much more understated, he is more of a Xavi-type player, kind of makes the team tick. He is not exceptionally quick or strong, he doesn’t really have a repertoire of making line-breaking passes, but when it comes to regulating the game he is superb.

“He will bring to United some sanity in a pretty chaotic club and pretty chaotic midfield — confidence on the ball, he never shirks taking possession, he will always ask for it, always wants it to feet.

“If he is in a position to have a midfield built around him he can thrive, but he needs absolute faith and seniority in midfield and at Barcelona he doesn’t have that.”

Statham adds: “He can receive the ball from deep and make those transitions in play, drawing players to him to bring that space and bring teams out of their shell.”

“He is always available to take the ball in tight areas, he can wriggle away, win a foul, dribble past players really easily and then play that ball into somebody else who is going to give an assist or a goal. He is really special at doing those things, and I don’t think any player in the world can do that better than him.”

Against Elche at Camp Nou on Saturday, he was substituted in the second half and whistled by some of his own fans.
Sports
7 months ago