• Marcus Rashford has been in America and on a 10-day programme at the Nike training facility campus in Oregon. He is determined to prove Ten Hag’s new coaching team wrong in their criticism of his attitude if a game is not going well.

• Tottenham tell me they are yet to hold meaningful talks with Christian Eriksen as the Danish international is taking time to decide his future. 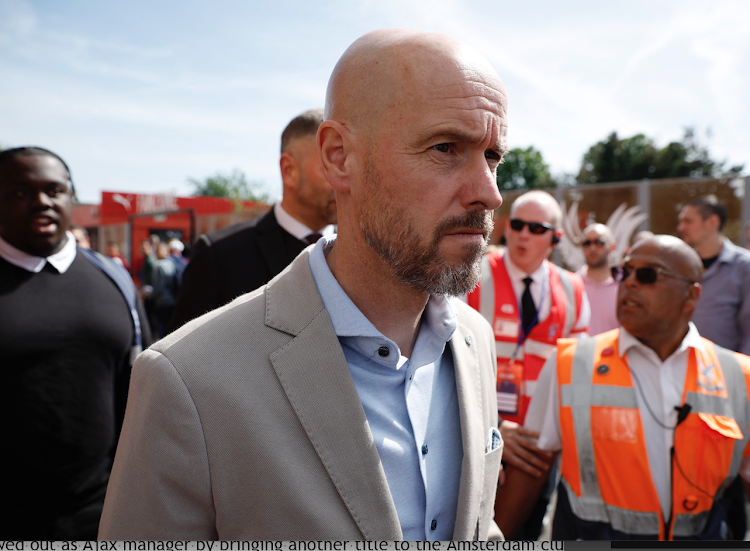 Manchester United players are due back for pre-season training on June 27. Many of them have been concentrating on returning even fitter than when they left so they can impress their new coach, Erik Ten Hag. Players have just over a month before their opening game against Brighton on August 7.

Before that, United meet Liverpool in Bangkok on July 12 as their summer tour of Thailand and Australia begins. They then play Melbourne Victory and Crystal Palace in Melbourne and finish by meeting Aston Villa in Perth. Two more games against Atletico Madrid and Rayo Vallecano will complete their pre-season games.

Marcus Rashford has been in America and on a 10-day programme at the Nike training facility campus in Oregon. He is determined to prove Ten Hag’s new coaching team wrong in their criticism of his attitude if a game is not going well.

Ten Hag’s new assistant Steve McLaren, who worked under Sir Alex Ferguson, said: “He gets deterred too easily and doesn’t fight through bad moments. He doesn’t stay in the game…I hate that attitude in a player. Body language is so important but Rashford has probably had this problem throughout his career in terms of questioning his attitude."

"If he’s not having a good first half then he won’t have a good second half. I just look at him and think that boy needs help, off the field and through the manager. There’s that one cornerstone which we call mentality and attitude, which he hasn’t grasped yet.”

Bruno Fernandes returned from international duty with Portugal and has been working with his personal trainer whilst Jadon Sancho wants more playing time and has been in Jamaica and then went to the US and attended a festival in New Jersey.

He is currently in Los Angeles working at a training facility. Returning from a loan period with Sevilla, Anthony Martial is also out to prove that Ten Hag should give him another chance at United and he has been in training for the last week. One player making the most of his time off is Fred, who seems to be enjoying karaoke at a beach resort.

Cristiano Ronaldo, who always returns early before pre-season training, is spending time with his partner Georgina Rodriguez and their children after traveling to Majorca on a private jet. 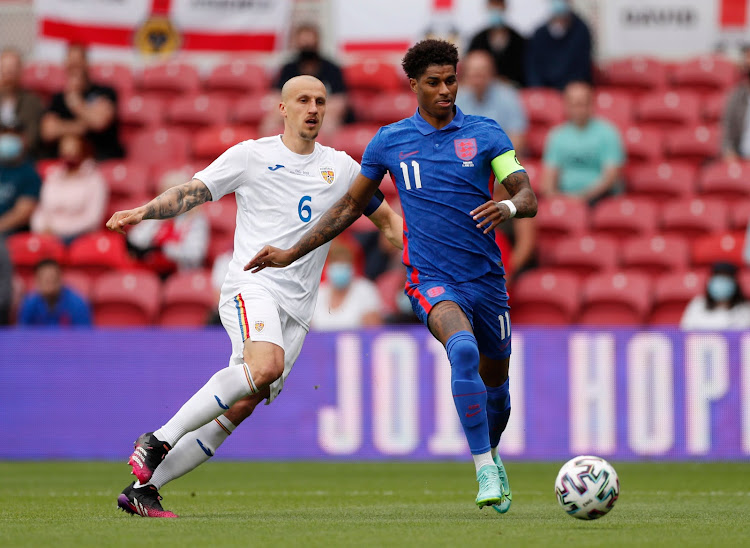 Porto star arrives at the Emirates

Arsenal, at last, waved their chequebook and signed a deal for Portuguese club Porto’s midfielder Fabio Viera. The 22-year-old has completed a medical at the Emirates and has been given a five-year contract. He will wear the number 21 shirt. Viera had an impressive season last time out and scored six goals and made 14 assists in 27 league games.

Manchester City’s Gabriel Jesus is still a target for the Gunners but City are holding out for £50m and no agreement has been reached. Jesus is anxious to depart before Erling Haaland arrives because he knows his game time will be limited.

Leicester’s Youri Tielmans is also on Mikel Arteta’s shortlist but if a suitable offer is not received, he says he will be happy to remain at Leicester.

Arsenal made an offer to sign Raphina from Leeds this week but it has been rejected. The Gunners’ hierarchy are discussing making an increased bit amid speculation that Tottenham are also planning to bid and have been in touch with Leeds.

Barcelona agreed on personal terms with the Brazilian months ago. However, Leeds are holding out for more than the £35m offered by the Spanish giants. Leeds are looking for around £65m. Tottenham and Paris Saint Germain are watching closely and could well bid next week.

mean a player leaves the pitch for a 10 or 15-minute period and return if they are fit enough after a thorough medical assessment and observation and during that time, the team would still retain eleven players on the pitch.

Regrettably, the Swiss-based International Federation Association Board (IFAB) have not yet agreed to the plan despite pressure from clubs, medical specialists and campaigners to protect players from head injuries and later possibly developing dementia. 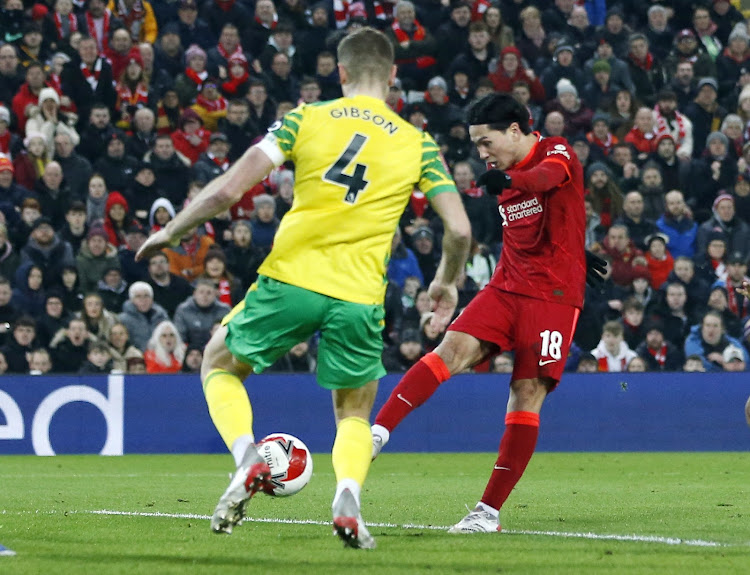 Minamino off to Monaco

Sadio Mane underwent his medical at Bayern Munich this week and formally signed a contract. Japanese international Takumi Minamino is likely to follow him out of the Anfield door and, probably, to French side Monaco for just under £16m.

Minamino is a good player but has failed to make a strong breakthrough at Liverpool. At 27, he made a good impression on loan at Southampton, scoring twice in nine matches and he has been linked with Fulham and Wolves although Italian side Atalanta have also made inquiries. The Reds will receive double the price paid to Red Bull Salzberg in 2019.

The upcoming Premier League season is going to be one of the most exciting ever and also a season like no other. Due to the congested problem with the World Cup, games this season will begin on August 5.

With less than six weeks to go until kick-off, many players are already beginning to return to their clubs for pre-season training. The Gunners will begin their campaign away at Crystal Palace whilst Manchester City will travel to London to meet West Ham.

Manchester United start at home against Brighton and Liverpool return to London to meet newly-promoted Fulham. November and December will be very different to other years with the World Cup taking place. The Big Six clubs are scheduled not to meet on the final weekend of November because of international duty.

Arsenal, Chelsea, Liverpool, Tottenham and Manchester City will not play each other because the FA requested that they wanted to avoid any Super Sunday TV games. Top players not going to the World Cup include Mo Salah, Erling Haaland, Riyad Mahrez, Martin Odegaard, Dean Kulusevski and Luis Diaz. Their countries did not qualify. 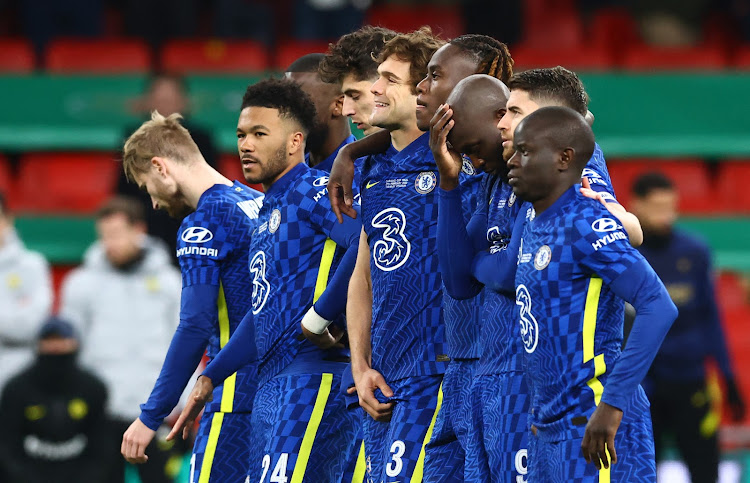 Granovskaia follows Buck out of Chelsea

During the Abramovich years at Chelsea, chairman Bruce Buck and transfer expert Marina Granovskaia were crucial to the Blues' success in winning the Champions League. Granovskaia, in particular, is the superstar director and last year was voted ‘Best Club Director in European Football’ at the Golden Boy Awards.

Buck is leaving immediately as new owner Todd Boehly takes over the reins at the club but Granovskaia will remain a little longer. At present, she is working on bringing Raheem Sterling to Stamford Bridge now that Romelu Lukaku is heading back to Italy for next season.

She is also working with the agents of Reece James, Mason Mount, N’Golo Kante and Jorginho in order to give them new contracts to cement coach Thomas Tuchel’s ongoing plans. Chelsea are anxious to prevent any more of their top players from leaving for free when their current deals expire having been powerless to keep hold of Antonio Rudiger, now at Real Madrid, and Andreas Christensen, who joined Barcelona.

In and out at Leeds United

When Bayern Munich midfielder Marc Roca arrived at Leeds United for his medical he was welcomed by Adam Forshaw, who will become his playing partner if all goes to plan. The 25-year-old Spanish international is Leeds’ third signing of the summer and the northern club are bracing themselves for a £45m bid to come from Manchester City for their star player Kalvin Phillips. 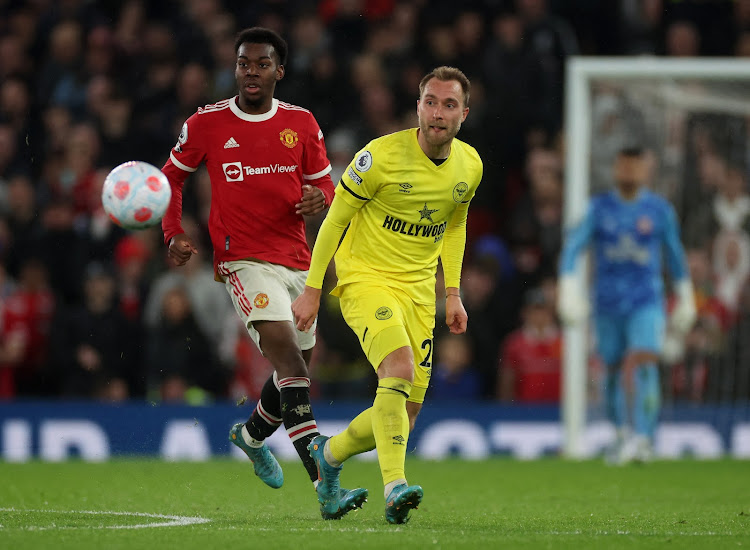 Eriksen's destination in the balance

Tottenham tell me they are yet to hold meaningful talks with Christian Eriksen as the Danish international is taking time to decide his future. Brentford manager Thomas Frank is delighted and is still fighting to keep his star player.

At the moment, rumours surround Antonio Conte dropping hints that Eriksen might return and the hottest news is that Manchester United are talking with him about a move up to the north of England. But I would be truly surprised if that happens.

It is an interesting situation because I personally know that Eriksen has close personal ties to London, where many of his best friends live including fashion chain Ted Baker’s owner Ray Klein. Eriksen is not pushing for a move to the north.

West Ham manager David Moyes has added greater aerial power to his team by signing Rennes centre-back Nayef Aguerd. He is a prolific header of the ball and earned the name “Nayef Airlines” at his former club Dijon. They said he was a plane because he gets up so high. He accepted the praise but said he just one of the team and keeps his “feet on the ground.” He came second in Ligue 1 last season for winning aerial duels. The Hammers have splashed out £30m to secure his services and he has already arrived in East London. Aguerd has earned 25 caps for Morocco at the age of 26.

England goalkeeper Nick Pope is undoubtedly one of the best in Europe. He is keen on a move and only has one year left on his Burnley contract which means they have to cash in on his value now instead of losing him for nothing in a year’s time. As I write this column, Newcastle are close to signing the 30-year-old for £15m and he will join Slovakia’s number one Martin Dubravka but veteran Karl Darlow will probably leave. 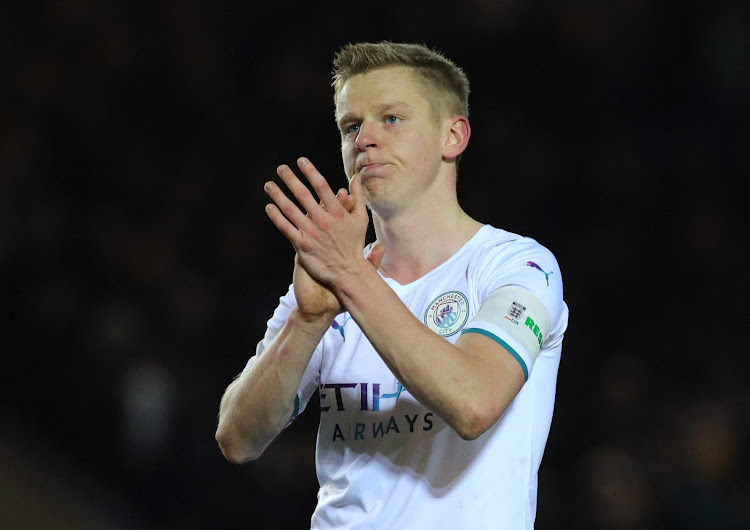 Frank Lampard wants more creativity going forward and is interested in signing Manchester City’s Ukrainian hero Oleksandr Zinchenko. The wing-back can play out wide or more central and a move to Everton would link him with his fellow compatriot Vitaliy Mykolenko.

Manager’s flatshare? I don’t think so!

An estate agent showed both managers the same flat and both wanted it. The successful buyer hasn’t been decided yet but the estate agent suggested, with a mischievous smile, that the managers share the flat together. The idea did not go down well as they will be fierce rivals this season!

Arnold, the club’s most senior executive, discovered the supporters had met up in the pub before their protest and went to meet them instead.
Sports
7 months ago

Are humiliated United at the rock bottom?

United did not even register a shot on target until the 56th minute when already 2-0 down.
Sports
8 months ago
Post a comment
by DAVID BILLINGTON
Football
24 June 2022 - 00:00
Read The E-Paper