Competitors will drive through Wednesday’s Shakedown Stage at least three times, with all passes being timed.

•Drivers have predicted another tough run in Kenya after completing a rigorous two-day reconnaissance which saw them go round the 1223.77km route course.

•Hyundai driver Craig Breen, who will be making his debut in Kenya, spoke of culture shock as he endured a whole new experience in reconnaissance. 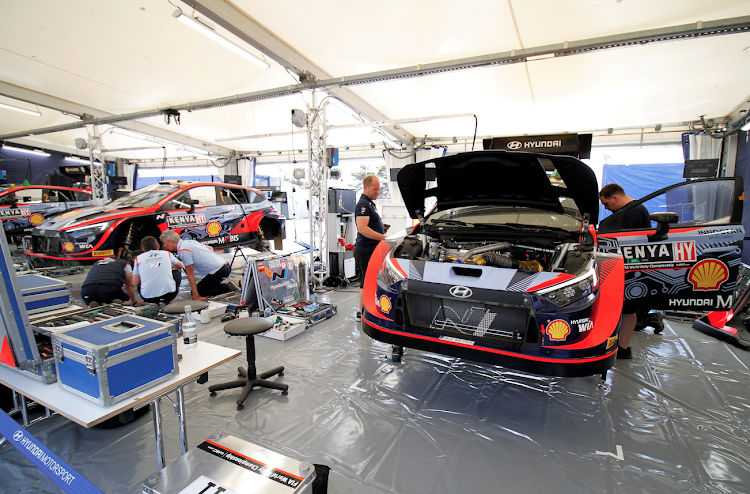 Reconnaissance for the 2022 WRC Safari Rally Kenya closed yesterday as the focus turned on the 5.4km Loldia Shakedown stage in the expansive Ndulele Conservancy.

Here, crews will savour the opportunity to test their competition cars on a terrain similar to the rally before the event starts on Thursday.

Competitors will drive through Wednesday’s Shakedown Stage at least three times, with all passes being timed.

The first car will run its first pass at 10.01am, giving spectators the first look at the state-of-the-art hybrid-powered contraptions which were introduced into the World Rally Championship (WRC) in the 2022 season-opening Monte Carlo Rally.

Drivers have predicted another tough run in Kenya after completing a rigorous two-day reconnaissance which saw them go round the 1223.77km route course.

Hyundai driver Craig Breen, who will be making his debut in Kenya, spoke of culture shock as he endured a whole new experience in reconnaissance.

“I wasn’t here last year, so I am looking forward to the new adventure in Kenya. I have seen different places during reconnaissance and this is definitely the toughest route in the WRC. It’s a big culture shock obviously because I haven’t been to Kenya before.”

“Kenya is a beautiful country and I’m looking forward to seeing what the rally would be in the coming days,” Breen commented of his experience in the lakeside city.

Oliver Solberg of Hyundai enjoyed his reconnaissance session and said he was looking forward to ending his bad run in Kenya which started in reconnaissance.

“My first Safari recce last year was a good experience. But things didn’t work as I expected. This year, we are much better prepared with more testing of the car, so hopefully we can have a good run here."

He added:  The conditions are the same for everybody, but I mean, you have to be clever in this rally. As you saw last year, Ogier was just controlling…controlling… the car, and eventually, he emerged the winner.” 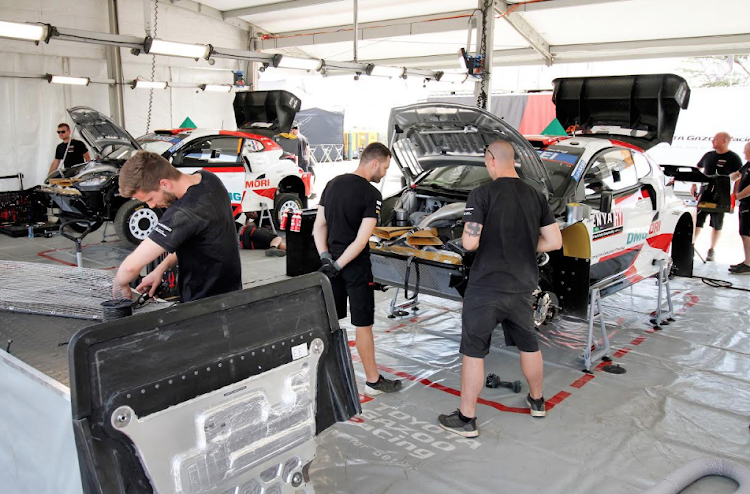 Race against time as Toyota Gazoo Rally team engineers put the final touches on their vehicles in readiness for the Shakedown Stage
Image: JACK OWUOR

Ott Tanak said: “It’s nice to be back here. It’s quite a different place from Europe. Safari is quite different and adventurous from the onset. I will just be straightforward to go for it but it will be a demanding weekend."

Safari has long straight roads where speeds could top 200kph in contrast with rocky rutted tracks that reduce cars to little more than walking pace. And, to add to the excitement, thunderstorms are expected during the four-day encounter.

“Last year, we had a really nice welcome and a great atmosphere,” said Ogier, adding: “It’s definitely a rally where you have to never give up, and this year with the cars still being so new, we might have to be even more clever than before.”

The Swede, who did not finish last year`s edition because of a damaged chassis, says he will be content with finishing the rally, and with a good ...
Sports
1 week ago

Latvala says last year's experience has taught the team that Safari is not for the faint-hearted.
Sports
2 weeks ago
by BY SAMSON ATEKA
Football
22 June 2022 - 00:00