The local media has been awash with reports that Matano is apparently dispirited at the Ruaraka-based club despite steering them to a momentous second consecutive Kenyan Premier League title last Sunday.

•The air became rife with rumors of the gaffer's imminent departure, following some contentious remarks he made immediately after their season-ender against Posta Rangers at Ruaraka Complex in Nairobi over the weekend. 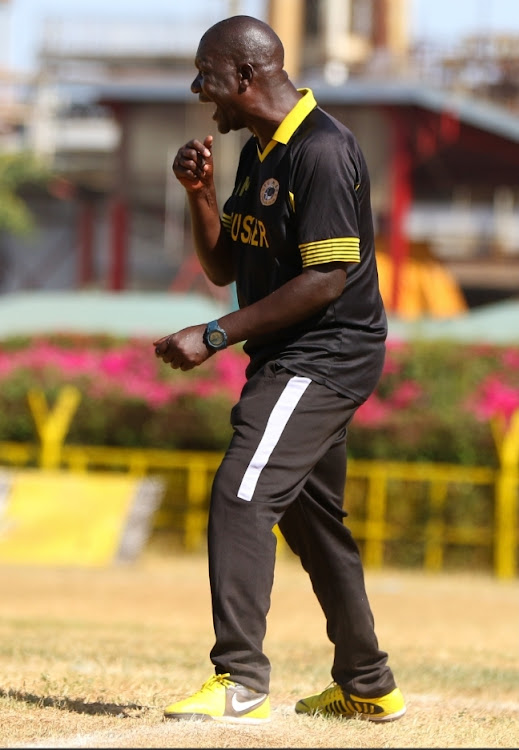 The local media has been awash with reports that Matano is apparently dispirited at the Ruaraka-based club despite steering them to a momentous second consecutive Kenyan Premier League title last Sunday —the fourth in his stellar career.

But in an exclusive interview on Wednesday, Matano appeared to have mellowed down, reiterating his commitment to remain at Tusker.

“I didn't say I had resigned. I was simply raising a concern and I believe the person I was referring to got the message and will act upon it. But I'm still in charge at Tusker and I don't have any plans to leave the team,” Matano said.

The air became rife with rumours of the gaffer's imminent departure, following some contentious remarks he made immediately after their season-ender against Posta Rangers at Ruaraka Complex in Nairobi over the weekend.

As his charges and the rest of the technical bench took to euphoric celebration following their landmark title defence, a visibly crestfallen and grumpy Matano was venting out his profound frustrations.

He disclosed that an influential team official (name withheld) was working behind the scenes to have him fired.

“There is someone who doesn't want me on the team. But I'm happy I finally proved him wrong by winning the title. I understand my coaching role very well and it's not by sheer luck that I've won titles. I've mastered my job very well,” Matano said.

Matano said the official had formed a habit of castigating him each time the team's performance fell way below expectations.

“Unfortunately, there are people who don't trust me. I shouldn't be crucified when the team is down. Football is full of dynamics and there are days the team won't be performing well. But at the end of the day it's a marathon and what's important is the final outcome.

While touching on some of the challenges the brewers had to surmount on their way to the winner's podium, Matano said he was among the coaches who suffered the full brunt of questionable officiating and called on local referees to polish their act in future assignments.

“I was actually among those who suffered the most and even complained. I was a victim of daylight robbery in one of our league matches involving Gor Mahia. Our referees simply need to up their game.”

The tactician, christened 'the Lion' because of his no-nonsense demeanor said he wouldn't rule out the possibility of strengthening the squad ahead of the new season.

Tusker will be flying the country's flag in the continental showpiece should the government resolve the impasse pitting the country against the world football governing body, Fifa.

“Obviously, there will be a need to beef up the squad when the time comes. But at the moment we are enjoying our rest after a hard-fought season.”