Homeboyz steer clear after win over KCB as Tusker fumbles

The outcome fired Homeboyz to 59 points, steering them three points clear of their closest rivals, Tusker.

•Mwalala's charges had found themselves under ballooning pressure in recent weeks, with second-placed Tusker breathing heavily on their necks.

•At Sudi Stadium in Bungoma, Wazito claimed a 1-0 win over hosts Nzoia Sugar to boost their chances of survival with Amos Asembeka's 32nd-minute goal making all the difference. 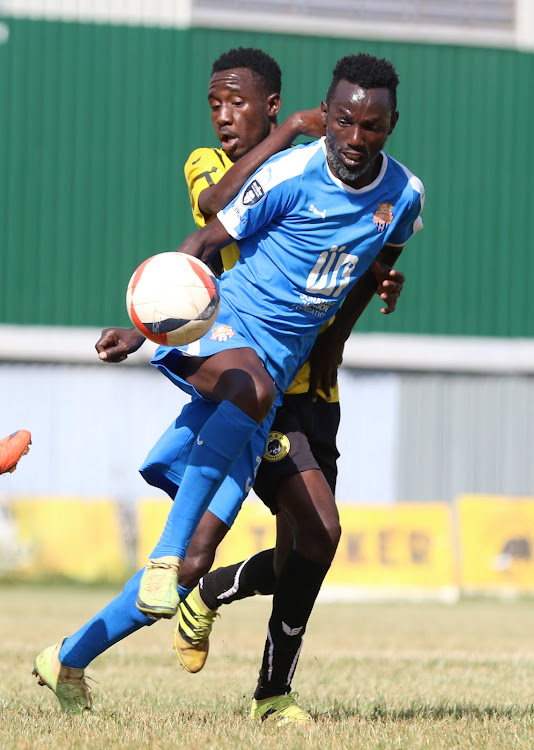 Kakamega Homeboyz head coach Benard Mwalala reckons their 2-1 win over KCB has allowed them some breathing space and the much-needed time to reorganize themselves.

Mwalala's charges had found themselves under ballooning pressure in recent weeks, with second-placed Tusker breathing heavily on their necks.

Going into Sunday's encounter, the two sides were separated by just a point.

However, the win over the bankers at Bukhungu Stadium enabled Homeboyz to reclaim a comfortable three-point lead at the summit of the Kenyan Premier League standings.

Goals from Congolese striker Yema Mwana and Michael Karamor in the 16th and 81st minutes were sufficient for Homeboyz to surmount an abrasive challenge posed by the hard-battling visitors.

“The outcome is very important to us. At least we now have some breathing space which we should use to our own advantage by settling down and picking maximum points from our remaining matches,” Mwalala said.

Mwalala, nonetheless, warned his charges against complacency, pointing out the risk of early celebrations.

“We must still channel more energy into our remaining fixtures and step up our hunt for the title without feeling comfortable in our current position,” said Mwalala.

His opposite number, Zedekiah 'Zico' Otieno, said they squandered glaring opportunities to the game turn around.

“Another case of missed chances. That's what has been ailing us throughout the season. For us to win matches, we need to start creating more chances and being clinical in front of goal,” Otieno said.

“Hopefully, we shall rectify our mistakes and collect maximum points in our subsequent fixtures in order to wrap up the season in a decent position.”

The outcome fired Homeboyz to 59 points, steering them three points clear of their closest rivals, Tusker.

The brewers floundered in their quest after being held to a barren draw by Nairobi City Stars at Ruaraka Grounds in Nairobi.

At Sudi Stadium in Bungoma, Wazito claimed a 1-0 win over hosts Nzoia Sugar to boost their chances of survival with Amos Asembeka's 32nd-minute goal making all the difference.

Wazito are at the tail end of the standings with 25 points from 30 matches. The fixture between Kenya Police and Mathare United was called off a day after the Slum Boys were relegated from the top tier.

In a letter signed by head of secretariat Lindah Ogutu and addressed to Mathare chairman Bob Munro, the FKF Transition Committee said it reached ...
Sports
1 month ago

The Slum Boys are dangling precariously on the cusp of relegation after dishing out three consecutive walkovers, albeit unwillingly, to Bandari, ...
Sports
1 month ago

Akwana believes Mathare's woes emanate from deep-rooted financial challenges that can only be addressed through comprehensive reforms, including an ...
Sports
2 months ago

Homeboyz will look to reap handsomely against struggling Wazito when the two sides flex muscles at Bukhungu Stadium on Monday.
Sports
2 months ago
by TONY MBALLA
Football
16 May 2022 - 05:00