• The energetic midfielder is, however, expected to return to light training on Monday, in anticipation for Sparks’ encounter, according to coach Boniface Nyamunyamu.

• Vihiga remain the only unbeaten side in the league with consistency as their secret weapon. 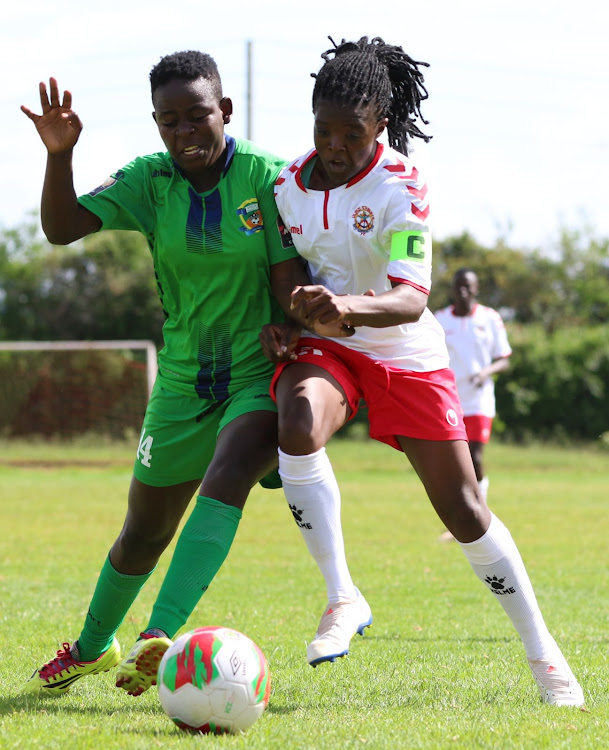 Vihiga Queens will miss the services of creative midfielder Merceline Wayodi when they take on Gaspo in Kenya Women’s Premier League match at Stima Club Nairobi on Saturday.

Wayodi, signed at the start of the season from Kisumu All Starlets, coincidentally got injured against her for team a fortnight ago, sustaining a knee injury as Vihiga edged out the relegation-threatened side 1-0. The 22-year also missed Vihiga’s 7-0 thrashing of minnows Kayole last weekend at Mumias Sports Complex.

Wayodi’s absence is untimely for Vihiga, who also face in-form giant-killers Zetech Sparks next weekend. The energetic midfielder is, however, expected to return to light training on Monday, in anticipation for Sparks’ encounter, according to coach Boniface Nyamunyamu.

“Wayodi has become an established member of the team despite this being her first season. It was a giant leap from Kisumu to Vihiga but she has demonstrated that she was ready,” Nyamunyamu observed.

“She felt some discomfort in her knee and was withdrawn against Kisumu. I had hoped that she should shake off the injury to feature against Gaspo but she hasn’t trained. Our fingers are crossed that she returns to training on Monday,” Nyamunyamu, who guided the county-sponsored side to the Cecafa Club title last year, pointed out.

Nyamunyamu, who replaced Alex Alumira, added that his charges faces an acid test against a wounded Gaspo team that has been blowing hot and cold. The two sides shared spoils in a scoreless draw in the first leg when Vihiga dropped their first points of the season. With six matches to go, leaders Vihiga have 44 points, 14 better of third-placed Gaspo. The Legacy Makers are close to wrapping their fourth title in five years.

“We know Gaspo will make life difficult for us but they are beatable. We need only six points to confirm the title so we have to beat them and Zetech. These two teams are a tough nut to crash but we’ll see what happens,” Nyamunyamu said.

Vihiga remain the only unbeaten side in the league with consistency as their secret weapon. Experienced striker Topista Situma is the top scorer with 10 goals, taking over from South Korea-based Tereza Engesha, who had 12 before her move to Incheon Hyundai.

Newbies Kangemi have registered three draws in their last four matches. They managed identical 1-1 draws with both Kayole Starlets and Kisumu All ...
Sports
3 weeks ago

The newbies are ninth on the log with 15 points, five above the relegation zone with seven matches to go.
Sports
3 weeks ago
by EVANS OUSURU
Football
06 May 2022 - 05:00