The British government will not allow the sale of the club to go through if Abramovich receives any money.

• Ten Hag will concentrate on clearing out the players he feels cannot deliver his attacking style upfield where United have failed so often this season, winning only 15 of their 35 games in the Premier League.

• The battle between Arsenal and Tottenham for a Champions League top-four spot hots up this weekend and both clubs are in for a tough time. 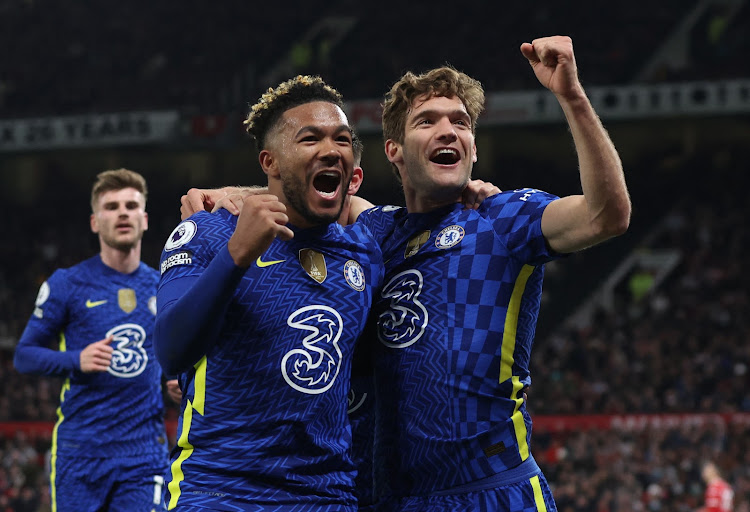 Chelsea are in deep trouble and executives tell me that it’s crucial that the imminent sale goes through by May 31 for the European champions’ survival, otherwise, the Blues cannot compete in the Premier League.

The problem is the £1.6billion loan that current owner Roman Abramovich gave to the club. He originally said that he would write off the loan and did not want it back. However, his close associates have advised him to retrieve the money through an off-shore company.

But the British government insists he must not benefit from any part of the club sale because of Russia’s invasion of Ukraine and his close links to Russian President Putin. May 31 is crucial because that is when Chelsea’s operating licence expires and on June 8, the FA will draw up plans for next season, including fixtures.

The battle between Arsenal and Tottenham for a Champions League top-four spot hots up this weekend and both clubs are in for a tough time. Tottenham face Liverpool at Anfield and Jurgen Klopp has prepared well following his team’s success in reaching the Champions League final.

Arsenal have a two-point lead over Spurs and face the easier task against relegation-threatened Leeds United but Mikel Arteta recognises that winning will be very demanding as Leeds fight for survival. Arsenal could open up a five-point lead as they prepare to take on Tottenham next Thursday.

The difference between the two teams is the power of Tottenham’s strike force. However, both Brighton and Brentford demonstrated how to defeat that attacking force by denying them space in the final third of the field so both Harry Kane and Heung-min Son were starved of goal-scoring opportunities.

Under Antonio Conte, Spurs are revitalised but they are vulnerable and he knows that controlling midfield to serve balls up to his star strikers is the key to beating Liverpool. Conte did not blame Lucas Moura for a poor performance last weekend because it was his first start since mid-February.

Harry Winks was also off the pace when he was introduced. Losing injured midfielder Oliver Skipp and wing-back Matt Doherty has worried Conte because his failure to rotate the squad in the last two months has highlighted how unready stand-in players are to challenge at the highest level.

Arsenal on the other hand are more settled despite losing Thomas Partey and Kieran Tierney because Nuno Tavares is fit and the team does not need to readjust to accommodate him. For Spurs, neither Emerson Royal nor Ryan Sessegnon have satisfactorily replaced injured Matt Doherty or Sergio Reguilon but I understand from White Hart Lane that Conte is unlikely to change the two players again.

Tottenham finish the season against Burnley, resurgent in their relegation fight, and Norwich. Arsenal face difficult matches at Newcastle and Everton, who are also fighting for their Premier League status.

Word from inside Old Trafford is that most players are pleased with the appointment of Erik ten Hag as the new manager. His aggressive style of attacking football will very likely win his current club Ajax the Dutch Eredivisie title. They are four points clear at the top of the table. United’s players are relieved that a new manager has been named and they now know what to expect.

Ten Hag is strict on rules and does not give preference to so-called superstars. He makes ruthless tactical decisions and will drop any player who he feels is not 100 per cent fit, giving 100 per cent effort and 100 per cent commitment.

Ten Hag will concentrate on clearing out the players he feels cannot deliver his attacking style upfield where United have failed so often this season, winning only 15 of their 35 games in the Premier League.

He will be given money to spend and United insiders told me the club think it will take two years minimum to build a team strong enough to compete with City and Liverpool. I was sorry to see goodbyes to the United home fans by Matic and Mata this week, both talented and dependable players who have been solid during difficult days at Old Trafford. They will feature in United’s final games but there are no more home games this season.

Southampton midfielder James Ward-Prowse is the latest player linked to United. Ten Hag has identified his brilliance at keeping the ball and dictating play plus he is a very effective dead-ball specialist.

Kalvin Phillips could be up for sale

If Leeds lose their relegation battle, and they are perilously close to the drop zone, they will definitely lose highly-rated Kalvin Phillips. He has two years of his contract to run but will not want to spend that in the Championship.

Now an England international regular, he will command wages of £100k-a-week plus and that would not be possible for Leeds without the income clubs receive for Premier League status. I am hearing a fee of £60million would be acceptable to Leeds if the unthinkable happens and they drop down a league.

Aston Villa and Newcastle are monitoring the situation and new Manchester United boss Erik ten Hag would be interested in signing either Phillips or West Ham’s Declan Rice as he reconstructs the Reds for next season.

Phillips knows only too well the bitter rivalry between United and Leeds which are separated by the Pennine mountain range and he has said he would not play in Manchester because of his loyalty to Leed’s fans.

Salah and Mane still have not signed new contracts

Mo Salah and Sadio Mane are in negotiations with Liverpool to extend their contracts but no deals have been reached as yet. Salah is 29 and Mane 30 so these contracts are vitally important to each one but manager Jurgen Klopp said this week that he has promised to stay at Liverpool until 2026 and he hopes this will influence the two players to commit to the club.

I was surprised when Burnley sacked Sean Dyche but have been amazed at how caretaker manager Mike Jackson has rejigged the team and given them a chance of survival in the Premier division. Instead of playing for draws and defending leads, Jackson’s style is to drive forward with midfielders playing attacking football and in training they practice lobbing balls high into the air and into the opponents penalty areas for Jay Rodriguez and Maxwel Cornet to run onto. Jackson is well liked by the players, who also respect his ideas.

One of Chelsea’s big problems facing Thomas Tuchel next season is how to come up with a more effective striking partnership to rival Liverpool’s Salah and Mane and Tottenham’s Kane and Son. His hopes were pinned on putting together Timo Werner, Kai Havertz and Mason Mount but the three never clicked or seemed able to communicate with each other.

Werner, who played on the left at his former club RB Leipzig has proved to be unsuccessful in the same role at Chelsea and £98million signing Romelu Lukaku has dropped to the bench after completely failing to match his form or goalscoring in Italy. Several Italian clubs have made enquiries about his availability but Romelu has said he is not interested in another move out of the Premier League.

Arteta’s challenge is to keep Nketiah

Arsenal’s Eddie Nketiah successfully stepped up when selected to play against Chelsea, West Ham and Manchester United. However, Mikel Arteta still wants a top-class striker on the same level as Kane or Salah if the Gunners are going to fight for top spot in the Premier League next season.

Nketiah has shown speed and leadership upfront but at 22, he is still developing his game. Arteta pointed out that Eddie has not signed a new contract and there is speculation that he could leave the Emirates Stadium next month when his current deal expires. Arteta’s challenge is to convince his striker to stay because he doesn’t want to see him leave and improve and develop for another club.

Naturally, I was saddened to hear of the premature death of top agent Mino Raiola this week at the early age of 54. However, many of you will be aware of my position regarding agents and the fees paid to them. My concern is about the amount of money they take from football transfers which ends up costing the fans, who have to pay for more expensive tickets.

£272million was paid in total by the 20 Premier League clubs during the period February 2021 to January 2022. Manchester City were the biggest spenders when they bought Jack Grealish for £100million and in total paid £25million to agents. Manchester United paid £29million when they signed Jadon Sancho, Raphael Verane and Cristiano Ronaldo.

Chelsea could still miss out on top four, says Tuchel

“I said this many weeks ago that I didn’t feel safe and we’re never safe ...
Sports
3 weeks ago

Havertz could have put Chelsea in the lead in the first half when they dominated the game but was denied by United goalkeeper David de Gea.
Sports
3 weeks ago

Klopp is looking at the depth of his squad after the midweek game in the Champions League with several fresh players looking for a start. Manchester
Sports
3 weeks ago

Chelsea fans suffering amid a bleak future at Stamford Bridge

(Kai Havertz said he would pay for his own travel even if the team had to go by bus or train and most players felt the same way to help the club).
Sports
2 months ago
by DAVID BILLINGTON
Football
06 May 2022 - 00:00