United’s place in the domestic and European order is clear for everyone to see. They are also-rans at home and abroad.

• Manchester United are currently a point behind Arsenal, who lie fourth, but have played three games more and do not present a convincing case that they can climb that particular hill.

• Manchester United’s fans, plenty of them anyway, do not trust Maguire on the ball and it often seems as if he does not trust himself either, his confidence clearly fragile.

Manchester United’s limitations were laid bare as Atletico Madrid did a classic Champions League number on them to snuff out their slender hopes of success for another season.

United’s limitations mean a last-16 exit is about par for the course given their current reduced status. And those limitations mean their only hope of anything resembling salvation from this mess of a campaign rest on finishing in the Premier League’s top four.

It will also be the measure of whether the experiment of handing Ralf Rangnick the levers of control can be judged a success — albeit a very qualified one — because if United do not overhaul Arsenal or any other contenders, then it must be deemed a failure.

Manchester United are currently a point behind Arsenal, who lie fourth, but have played three games more and do not present a convincing case that they can climb that particular hill.

In an ironic twist, just as United’s players trudged off after a 1-0 defeat that carried every hallmark and characteristic of Diego Simeone’s streetwise Atletico, television screens at Old Trafford were showing images of Ajax coach Erik ten Hag.

Here was the visionary touted by many as the ideal candidate to drag United out of their current no-man’s land, but who had just presided over Ajax’s own last-16 exit after a home loss to Benfica. Ten Hag has a track record but hardly comes with a guarantee.

This had the feeling of a watershed moment for those in charge at Manchester United.

Yes, we have all seen this movie before with Atletico Madrid. They defend magnificently. They spoil with well-practised dark arts, then dig you on the counter-attack before dropping deep and erecting the sort of defensive barricade on which so many have floundered over the years.

United were full of effort but showed little guile. Once the early storm had blown itself out and Renan Lodi headed what would prove to be the decisive goal, the beneficiary of non-existent marking, Atletico had United pretty much where they wanted them.

It does help to have defenders who seem to live for being under pressure and penned in their own penalty area, plus a world-class keeper in Jan Oblak happy to use every part of his anatomy to defy opponents, whether it is his face to stop Anthony Elanga or a giant claw to save brilliantly from Raphael Varane late on.

United’s main hope, as it has been for some time, is to cross fingers and hope for a moment of individual brilliance. Cristiano Ronaldo provided it with a hat-trick to beat Tottenham on Saturday. There was no such impact here and out went United, running short of ideas and invention long before the inevitable conclusion. 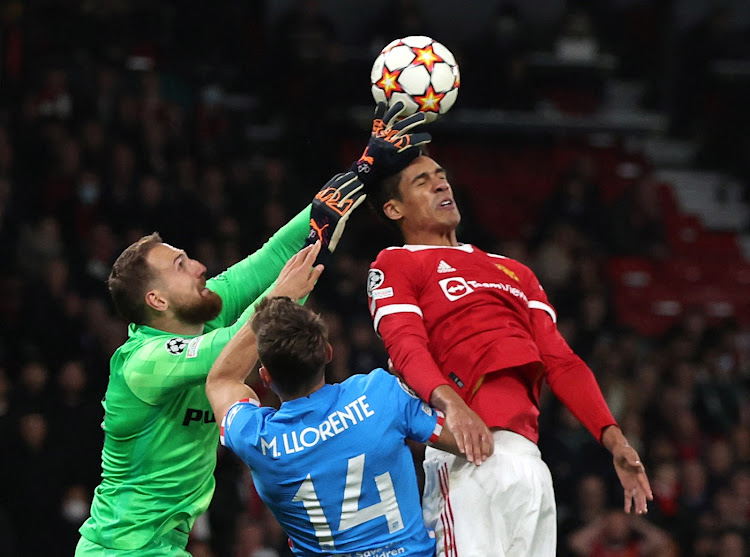 United’s place in the domestic and European order is clear for everyone to see. They are also-rans at home and abroad.

Ronaldo started in a blaze of tricks but fizzled out. Bruno Fernandes threatened to influence but, as usual, descended into spending too much time bickering with officials - all while Atletico set the familiar traps plucked straight from the Simeone playbook.

And in Harry Maguire, Manchester United have a captain playing with an air of desperation. His dawdling, panicky play in possession resulted in frequent groans around Old Trafford. His removal to applause — as he was replaced by veteran Juan Mata late on — was a signal both of his struggles and of Rangnick’s own desperate straits.

Manchester United’s fans, plenty of them anyway, do not trust Maguire on the ball and it often seems as if he does not trust himself either, his confidence clearly fragile.

It is to be hoped United’s decision-makers will use this loss to crystallise thoughts on several matters - but mainly who will be manager next season.

This process has to have started already and no-one could seriously suggest Rangnick will be anything more elevated than the consultancy role proposed for him next season.

In his defence, United’s failure can hardly all be placed at his door. The rot had set in long before his arrival to succeed the sacked Ole Gunnar Solskjaer, the Norwegian’s appointment itself a sign of sentimentality and limited ambition, phrases that would never see the light of day at Manchester City and Liverpool as they streak so far ahead of United.

Will Thomas Tuchel feature in United’s thoughts amid the turmoil at Chelsea? If not, he should. Mauricio Pochettino’s reputation took a hit with Paris St-Germain’s capitulation at Real Madrid while Ten Hag’s Ajax were shocked by Benfica.

Too many players seem discontented or not good enough. Whoever the new manager, he faces a mammoth task.

Edinson Cavani graced Old Trafford with presence in the second half but is playing out time. Will Ronaldo fancy the Europa League for the finale to his magnificent career?

As United flailed, Atletico celebrated. Simeone has done it again. As he did to Liverpool at this stage of the Champions League two years ago.

He sprinted straight down to the Stretford End and off at the final whistle, some Manchester United fans doing themselves no credit whatsoever by hurling drinks and objects at the Argentine.

Simeone seemed spectacularly unconcerned and later emerged smiling in the directors’ box posing for pictures with fans, saving a grin of particularly high wattage for a supporter who directed some old-fashioned verbal disapproval in his direction.

Simeone and Atletico go on into the last eight again while Manchester United contemplate a future riddled with uncertainty.

That future starts now. Manchester United’s hierarchy must get this right after getting so much wrong.

• A first-half header from Renan Lodi gave Atletico a 1-0 win on Tuesday for a 2-1 aggregate last-16 victory that extinguished United’s hopes of a ...
Sports
8 months ago

United are fifth in the league with 47 points from 28 games, while Tottenham are two places below them with 45 points but the London side have two ...
Sports
8 months ago
Post a comment
by By Phil McNulty
Football
17 March 2022 - 00:00
Read The E-Paper