TOP OF THE WORLD

How Medvedev overtook Djokovic as world number one

On Monday, the 26-year-old became the first player other than Novak Djokovic, Rafael Nadal, Roger Federer and Andy Murray to climb to the top of the men’s rankings since Andy Roddick 18 years ago.

• He admits a weakness for desserts, and suggests that after abstaining during tournaments he can eat his way through the hotel’s supply of tiramisu at the end of the week.

• The year before their partnership began, Medvedev was defaulted from a Challenger match in the US city of Savannah for “questioning the impartiality of the umpire, based on her race,” according to the US Tennis Association.

New men’s world number one Daniil Medvedev says the only way to make him angry away from the tennis court is to knock on his hotel door at 6am seven days in a row. Watching him play, it does not always appear that way.

In the heat of competition he can be irascible and cantankerous: the crowd’s pantomime villain.

But the Russian can also be charismatic, spontaneous and wonderfully entertaining. By the end of a match he sometimes has the same crowd eating out of the palm of his hand.

On Monday, the 26-year-old became the first player other than Novak Djokovic, Rafael Nadal, Roger Federer and Andy Murray to climb to the top of the men’s rankings since Andy Roddick 18 years ago.

The 2021 US Open champion has done so with a formidable serve, exceptional defence and brutal flat hitting from the baseline. He runs like a marathon runner, to quote Greek rival Stefanos Tsitsipas, and also reads the game exceptionally well. 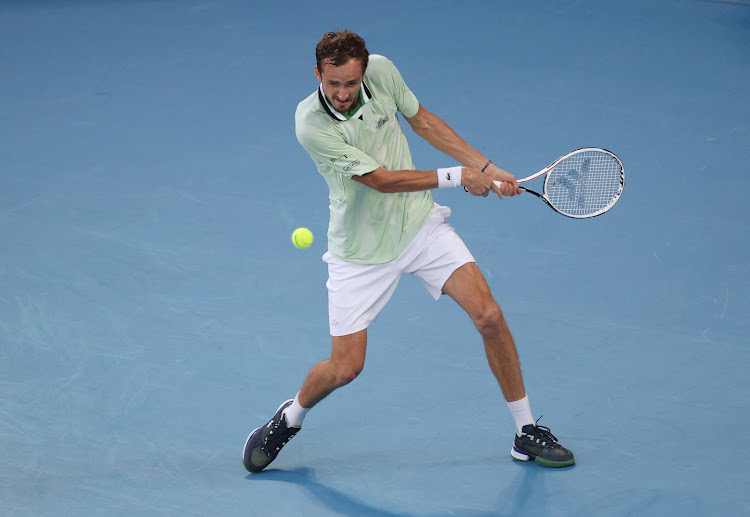 Djokovic to lose number one spot to Medvedev after Dubai defeat

Born in Moscow, Medvedev used to enjoy watching curling and snooker when growing up. He now prefers chess and video games.

He admits a weakness for desserts, and suggests that after abstaining during tournaments he can eat his way through the hotel’s supply of tiramisu at the end of the week.

In his late teens, Medvedev moved with his parents to the south of France to train. He speaks fluent French (and English) as he lives in Monte Carlo with his wife Daria and has a French team headed by Gilles Cervara, who has coached him since 2017.

Medvedev was outside the world’s top 50 when they started working together. They will sometimes vent their differences on the practice court, and Cervara left the players’ box when the target of the Russian’s vitriol at last year’s Australian Open, but they seem a perfect fit. 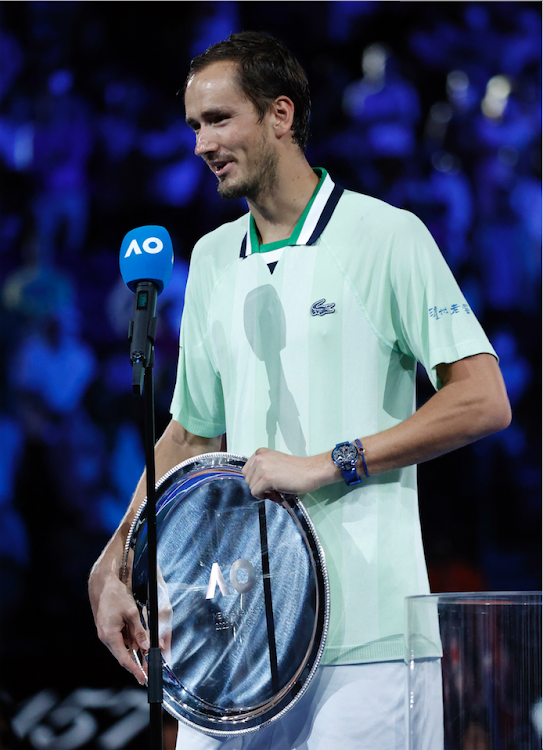 The year before their partnership began, Medvedev was defaulted from a Challenger match in the US city of Savannah for “questioning the impartiality of the umpire, based on her race,” according to the US Tennis Association. He later apologised.

And then in 2017, two days after achieving his first Grand Slam win by beating Stan Wawrinka in the first round of Wimbledon, Medvedev was heavily fined for emptying his wallet of change at the feet of the umpire’s chair. The clear insinuation being that Mariana Alves had shown bias towards his opponent Ruben Bemelmans.

It was not until 2019 that the man who says he would like Quentin Tarantino to play him in a film about his life started to show what he might be capable of.

He won his first Masters Series event in Cincinnati — hitting first serves for second serves on the way to beating Djokovic in the semi-final — and then reached the US Open final, where he took Nadal into a fifth set having been two sets and a break down. He reached six consecutive finals, and won three titles, on three different continents in the late summer and early autumn of that year.

By the end of that US Open the New York crowd loved him, despite considering him public enemy number one earlier in the fortnight.

It all began in the third round, where Medvedev theatrically snatched a towel from the ball person’s hands, threw his racquet towards the umpire when warned, and then showed the crowd his middle finger as they let him know exactly what they thought of his behaviour.

Cue one of the great post-match interviews.

“I want all of you to know, when you go to sleep at night, I won because of you. The energy you’re giving me right now, guys, I think it will be enough for my five next matches. The more you do this, the more I will win.”

“I can only say I’m a really calm person in life,” he added later.

“I actually have no idea why the demons go out when I play tennis. Especially when I was a junior, I had a lot of problems with my attitude. I was not getting defaulted — but to have a game penalty was easy.” 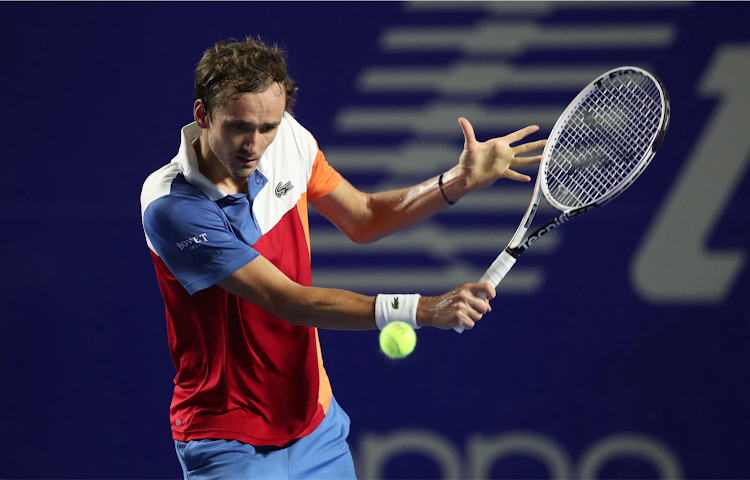 His experience with a hostile New York crowd persuaded him to eliminate victory celebrations. When he became the first man in the history of the ATP Finals to beat all of the top three as he won the 2020 event in London, he simply walked to the net.

But, as you might expect, Medvedev does make the odd exception.

He mimicked the goal celebration of German footballer Mario Gomez (from his days at Bayern Munich, the club Medvedev supports) when Russia won the ATP Cup at the start of 2021, and then enacted the ‘dead fish’ celebration from a well known football video game when he won his first Grand Slam at the US Open later that year.

Medvedev has become the world number one just four weeks after one of the most disappointing and upsetting experiences of his professional career.

He had a two-set lead against Nadal in this year’s Australian Open final, but lost in five hours and 24 minutes and was on the receiving end of a partisan and ill-mannered crowd. 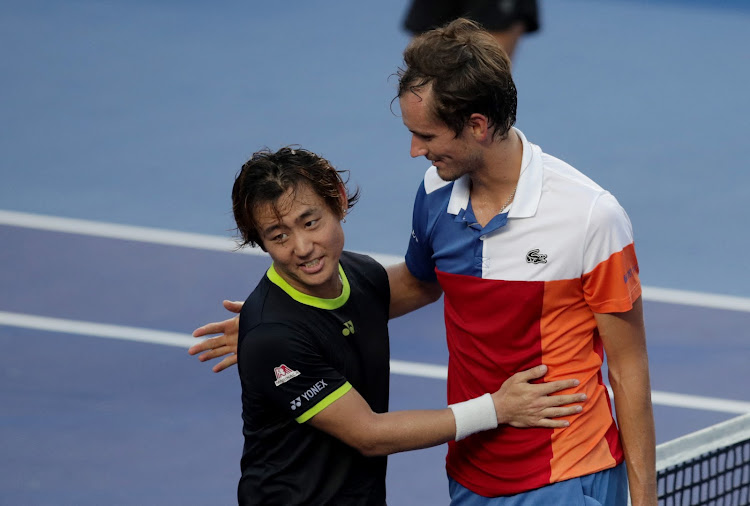 It was the night, he later said, “where the kid stopped dreaming”.

“From now on I’m playing for myself, for my family, for people that trust in me, and of course for all the Russians because I feel a lot of support there,” he added.

Staying at the top is, of course, never easy. Medvedev has more ranking points to defend than Djokovic over the next two months, but at least he is able to play where he chooses.

His next challenge is to develop more potency on the clay and grass, and he is moving in the right direction having reached the quarter-finals at Roland Garros and the fourth round at Wimbledon last year. Either way, it is hard to take your eyes off Daniil Medvedev.

Whether he is hitting an underarm serve when match point down (as he did against Tsitsipas at the French Open last year), or wiping an opponent off the court, he has become one of the sport’s great entertainers as well as the world number one.

The Australian Open champion extended his unbeaten run to 12 matches with a 6-0 6-3 win over American Kozlov.
Sports
4 months ago

Moscow will continue its military operations in Ukraine until it had achieved goals defined.
News
4 months ago
by By Russell Fuller
Football
02 March 2022 - 00:00