Mali finished the group stage with seven points, ahead of second-placed Gambia on goal difference.

•Mauritania offered little in attack and even when trailing by two goals seemed hesitant to come forward.

•Mali meet Equatorial Guinea in the second round in Limbe on Wednesday. 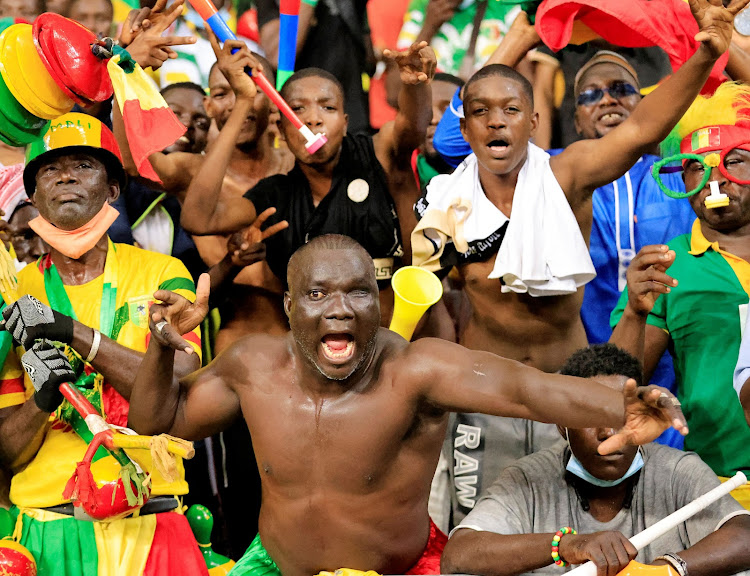 Mali fans inside the stadium before the match
Image: REUTERS

Left back Massadio Haidara’s early goal set Mali on their way to a comfortable 2-0 victory over Mauritania on Thursday and top spot in Africa Cup of Nations Group F.

Haidara scored the fastest goal of the tournament as he netted after 92 seconds, before Mali added a second via the penalty spot through striker Ibrahima Kone, who scored for the third game in a row.

Mali finished the group stage with seven points, ahead of second-placed Gambia on goal difference. They were joined in the second round by Tunisia after the north Africans finished as one of the best third-placed sides.

Mali meet Equatorial Guinea in the second round in Limbe on Wednesday. They are seeking a first Cup of Nations trophy win having finished runners-up the last time the tournament was played in Cameroon in 1972.

Mauritania offered little in attack and even when trailing by two goals seemed hesitant to come forward.

They allowed Mali to play in first gear for much of the match and while it was certainly not a vintage performance from Mohamed Magassouba’s side, he will be pleased with their efficiency.

They settled their nerves early on when Moussa Doumbia's cross from the right found an unmarked Massadio Haidara at the back post and he steered the ball past Mauritania goalkeeper Babacar Diop.

Diop made a smart save from close-range to deny Kone as Mali kept on the pressure without reward, and it took until shortly after halftime for them to get their second.

They were awarded a penalty when Doumbia was upended in the box by Mauritania substitute Souleymane Karamoko.

Kone converted a powerful spot-kick for his third goal of the tournament, all of them penalties.

Cape Verde and Malawi have already finished third in Groups A and B with four points, putting them ahead of the Comoros in the qualification stakes.
Sports
4 months ago
by REUTERS
Football
21 January 2022 - 12:32