Nyamunyamu to keep faith in Sofi after Awuor's France move 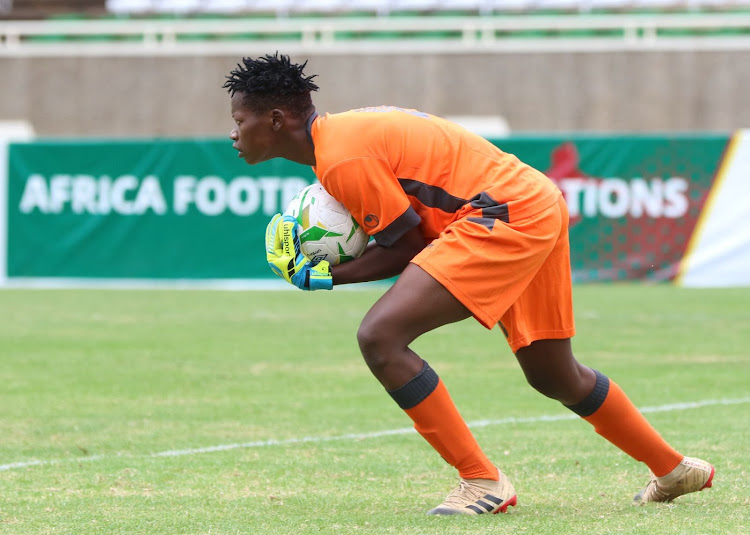 Teenage sensation Sophy Akinyi will be Vihiga Queens' first-choice keeper for this season after the departure of Lilian Awuor to the French top-tier side Soyaux  Women Football Club.

Coach Boniface Nyamunyamu said the 18-year old is more than capable of fitting in Awuor's shoes despite an error-strewn performance against Kisumu All-Starlets in their 4-3 win last weekend.

"No need to worry in as much as we know what Awuor has achieved with this club. It was the same case with Awuor when she came in. Mistakes are expected at such an age but she fully has our support," Nyamunyamu said.

He added: "We just need to encourage her to pull up her socks as she works on eliminating the flaws in her game."

The gaffer confirmed Akinyi is in line to start between the posts during this coming weekend's tie against Kayole Starlets.

"She will start against Kayole. That one is guaranteed, "Nyamunyamu remarked. We will only assess the transfer market after the first leg depending on the circumstances," he said.

Second-choice stopper Winfrida Seda is a long-term absentee after she was injured in the Cecafa club qualifiers with Diana Kembisi the only option.

"Seda is yet to begin rehabilitation and being out for four months tells you how bad the injury was. We are satisfied with the options we have. Some WPL clubs even have one goalkeeper others two so we are not badly off," he said.

Nyamunyamu, in his first season as Queens' coach, has steered the county-sponsored side to the top of the WPL log with a 100 percent record from four matches.

Awour 24, has been reliable for the Legacy Makers for the past four seasons, winning three consecutive national titles under Alex Alumira and starring in the Caf Women's Champions League.

The soft-spoken goalkeeper will sign a three-year deal with the Division 1 Feminine side and is expected to complete the move on Monday.