•Pep Guardiola's Barcelona team were the last to enjoy real dominance, beginning a run of five consecutive wins in 2008 that included a 6-2 thrashing at the Santiago Bernabeu and a 5-0 humiliation at Camp Nou.

•Yet Real Madrid are clear favourites on Wednesday in the semi-final of the Spanish Super Cup, staged not in Spain, but Saudi Arabia. 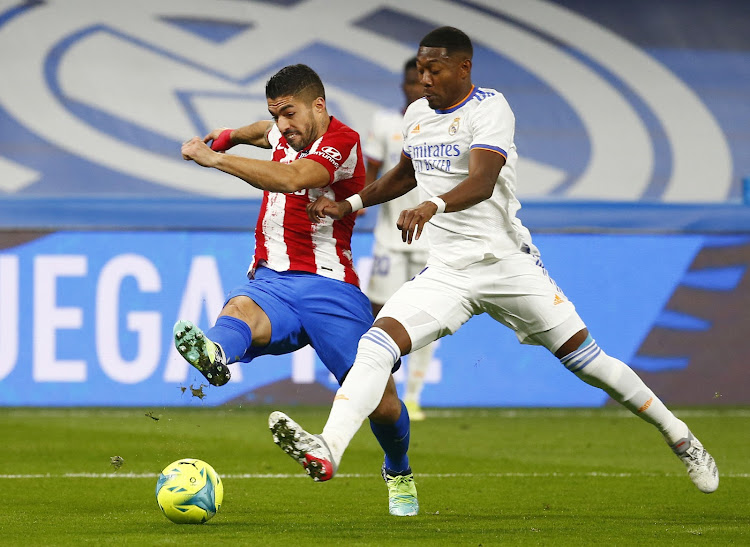 It is traditional to say there are no favourites in the Clasico but this time even Real Madrid coach Carlo Ancelotti was unable to keep up the pretence.

For the past decade, there has been some justification in the usual platitudes, the assertion that games between Real Madrid and Barcelona have a rhythm unto themselves, that form is no measure and the victor will be the one that holds firmer in the heat of the battle.

Any superiority has been fleeting, a strong run of form here, a vulnerable coach there. Sometimes the dynamic has depended simply on the competition the game has been played in.

Pep Guardiola's Barcelona team were the last to enjoy real dominance, beginning a run of five consecutive wins in 2008 that included a 6-2 thrashing at the Santiago Bernabeu and a 5-0 humiliation at Camp Nou. Across those five games, Barcelona claimed an aggregate score of 16-2.

Since then, neither club had put together four wins on the bounce against the other, until this season, when Madrid ground out a 2-1 victory in the rain at Camp Nou in October, in what was the first meeting of the two clubs since Lionel Messi departed last summer.

Madrid's ascendancy has not been so dramatic, or even, until recently, particularly noticeable. Unlike Guardiola's Barca, it is not dominance of ideas or style. There is yet to be a scoreline that spells out their supremacy in capital letters.

Yet Real Madrid are clear favourites on Wednesday in the semi-final of the Spanish Super Cup, staged not in Spain, but Saudi Arabia.

The winner will play either Atletico Madrid or Athletic Bilbao in Sunday's final in Riyadh.

Airlifting the competition 7,000 kilometres will earn the Spanish football federation around 300 million extra euros but the result has been outrage, not least because of Saudi Arabia's human rights record, even if the objections grow quieter every year.

- 'Doesn't make sense' -In football terms, it adds to the sense of a tournament becoming more an exhibition than a serious trophy.

"It doesn't make sense," said Raul Garcia, whose Athletic Bilbao play Atletico Madrid on Thursday. "These days it's all about money and sponsorships. We're forgetting about the basics of football."

Real Madrid sit 17 points clear of Barcelona in La Liga. They are on course to win the title while Barca would sign now for the top four. Karim Benzema and Vinicius Junior have scored only two fewer goals in the league than the entire Barca squad. In Europe, the two clubs are no longer even playing in the same competition.

The gap has widened, not because of Madrid's improvement this season under Ancelotti - although that has helped - but because of Barcelona's plunge into mediocrity.

The club's debts of more than a billion euros have dictated a decline that has been both fast and painful.

Yet there is perhaps also an opportunity for Barcelona if they can seize it, not just to end Madrid's winning streak but to attach a statement result to some less tangible signs of progress in recent weeks.

Xavi Hernandez's side are unbeaten in six games. They have moved out of La Liga's mid-table and sit only a point away from the top four. They have a system and a plan. They concede fewer goals, even if scoring them remains a problem.

Ferran Torres could be a solution and he is finally able to play after Samuel Umtiti's contract extension freed up space in the budget and he tested negative for Covid on Monday. Pedri, the team's best creator, is available again. Ansu Fati, who has not played since November, has also travelled to Riyadh.

It would, though, resemble something close to a cup upset if Barcelona were to avoid a fifth consecutive Clasico loss. So heavy are the odds in Real Madrid's favour, many have suggested a narrow Madrid victory would count as a Barca success.

"In theory, we are favourites," said Ancelotti on Saturday. "But there is the theory and there is what happens in practice.