Aren't we ashamed rooting for other countries at Afcon?

With the absence of Harambee Stars from the Africa Cup of Nations, Kenyans have been denied another glorious opportunity in history to revel in patriotism.

•Harambee Stars last graced the event in 2019 in Egypt with their lackadaisical campaign ending at the group stage. 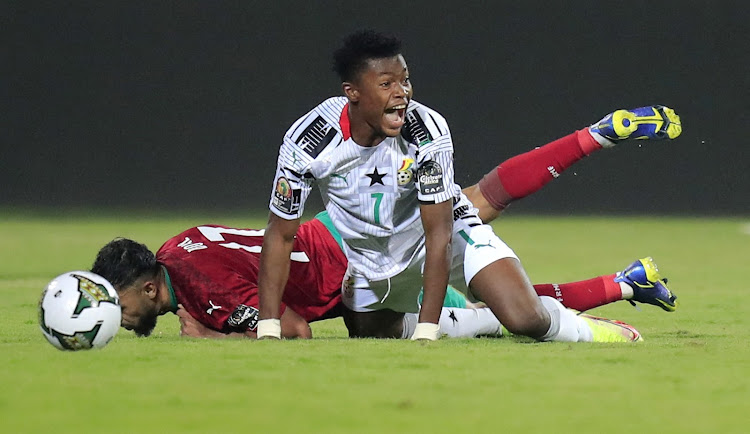 The biennial continental football showpiece — the Africa Cup of Nations — is underway in Yaounde, Cameroon with 24 teams viciously battling out for honours.

The tournament, which is in its 33rd year, started on Sunday and will run until February 6.

It had originally been scheduled for June and July 2021 but the Confederation of African Football (CAF) opted for new dates following the devastating effects of the novel Covid-19 pandemic.

On June 30, 2020, Caf postponed the tournament for the second time to January 2022 as the pandemic continued to rear its ugly head.

The Desert Foxes of Algeria are the reigning champions, having bagged their second title in 2019.

It's quite encouraging to see the immense and widespread interest the event has generated locally. This clearly testifies to the undying love Kenyans have for football.

Suffice to say, the conspicuous absence of the national team, Harambee Stars, from the Afcon stage is heartwrenching, to say the least.

It doesn't augur well for our football when local football enthusiasts rally behind and root for other nations. Kenyans have been denied another glorious opportunity in history to revel in patriotism.

Harambee Stars last graced the event in 2019 in Egypt with their lackadaisical campaign ending at the group stage.

The team's grand return to the event after a 16-year hiatus was overshadowed by allegations of gross mismanagement of finances allotted by the government towards the entire campaign.

Kenya's attempt to make an appearance in Cameroon ran into a hitch, following a torrid run in the qualifiers, where they posted mixed results to finish third behind eventual winners Egypt and Comoros.

Harambee Stars only won a solitary match, while posting four draws and a loss in other encounters.

They were held to a one-all draw by Comoros Islands in Nairobi on November 11 before suffering a 2-1 loss in Moroni a couple of days later.

They then shared spoils with Egypt after a one-all draw at Moi Stadium, Kasarani on March 25 before they regrouped to edge Togo 2-1 in Lome four days later.

Kenya gracing the 2019 edition in Egypt was, undoubtedly, a big plus. However, with better organisation, the country has the potential to attain greater heights.

Hopefully, the ongoing administrative transformation on the local football front will bring about the desired changes.

It's high time now those entrusted with football leadership in the country borrowed pertinent lessons behind the unrivaled success of the so-called continental giants who have dominated the scene for many years now.

Cleaning up the mess recently unearthed at Kandanda House could be key to appeasing some of the league and shirt sponsors who exited the stage due to issues revolving around transparency and accountability.

The quality and competitiveness of our leagues and teams will improve immensely with a drastic increase in financial incentives.

Local football coaches have also cited poor officiating as a big hindrance to the growth of our football, given quality is compromised in the process.

What will it take for Kenyan football to go global?

Clubs should publicise themselves abroad and connect with fans
Sasa
9 months ago
Quiet battles of hustlers, survivors and slumlords
by TONY MBALLA
Football
12 January 2022 - 00:00