•Leaders, KCB, will look to consolidate the top spot when they face Bidco at Utalii grounds on Sunday while bottom-placed Vihiga Bullets host Wazito at Bukhungu.

•Nairobi City Stars will look to bounce back from their shock 1-0 loss to AFC Leopards when they face giant-killers Talanta at Moi Stadium, Kasarani on Saturday. 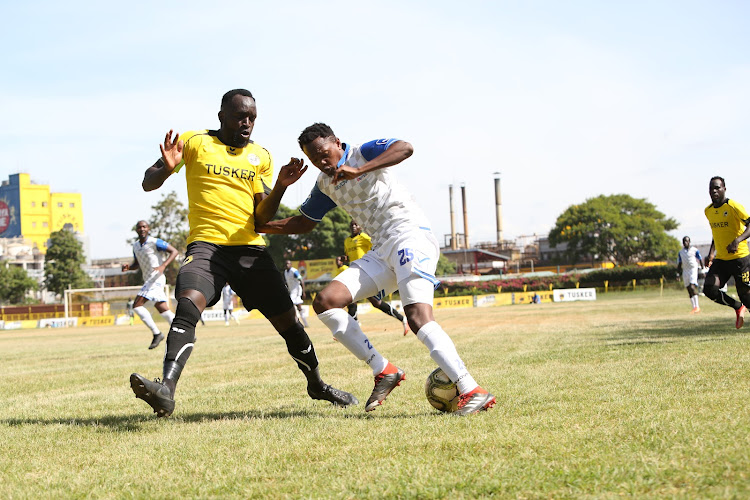 Kenya Police head coach John Bobby Ogolla has appealed to his charges to tread cautiously in their next Kenyan Premier League tie against coastal side Bandari at Mbaraki Sports Club on Saturday.

The law enforcers are high on confidence after thumping bottom-placed Vihiga Bullets 4-0 at Nyayo Stadium on Tuesday but “The Six Million Dollar Man” has tipped the host to pose problems saying they have an amazing quality.

“It most certainly won't be a walk in the park. We need to approach the match carefully because Bandari have already shown they are a good team and they are bound to put up a good fight on  Saturday,” said Ogolla.

The veteran tactician who frequently stole the headlines during his heydays with record champions Gor Mahia as a stopper says their immediate agenda is to maintain their status in the top tier.

“Our immediate concern this season is to remain in the league. We have just joined the top-flight league and it wouldn't be realistic to think of anything else,” said Ogolla.

Kariobangi Sharks return to action against Kakamega Homeboyz at Moi Stadium, Kasarani. They head into the encounter on the back of a morale-boosting 1-0 win over soldiers Ulinzi Stars at ASK grounds in Nakuru on Tuesday.

The coach William Muluya-tutored side may, however, find the going tough against Homeboyz who are more than determined to reclaim their position at the summit of the log.

Homeboyz surrendered the lead to KCB after unexpectedly suffering their first loss of the season at the hands of debutants Talanta at Bukhungu Stadium in their last encounter three days ago.

Nairobi City Stars will look to bounce back from their shock 1-0 loss to AFC Leopards when they face giant-killers Talanta at Moi Stadium, Kasarani on Saturday.

Their defeat to Leopards at Nyayo Stadium on Wednesday was a heartwrenching one, coming especially after an emphatic 2-0 win over record champions Gor Mahia a week ago.

Ulinzi  Stars and Sofapaka will look to salvage their battered egos when they flex muscles at ASK Grounds in Nakuru at the weekend. Both sides crashed by a similar 1-0 margin to Kariobangi Sharks and Bandari respectively.

The mouthwatering clash between champions Tusker and Posta Rangers highlights Sunday fixtures. Both sides head into the match on the back of emphatic wins. Whereas Posta walloped Wazito 4-1 at Utalii, Tusker pipped Bidco United 2-1 at Ruaraka Grounds in matches played on Wednesday.

Leaders, KCB, will look to consolidate the top spot when they face Bidco at Utalii grounds on Sunday while bottom-placed Vihiga Bullets host Wazito at Bukhungu.