• “We have to put more pressure on them, we have to have intensity,” Shaw told Sky Sports. “I didn’t think we were all there together.

• Shaw added: “Phil Jones should be proud of himself. He has been criticised for years, and has gone through a lot, but he is so professional and he was phenomenal.

Manchester United interim boss Ralf Rangnick knew he was taking on a tough job at Old Trafford. The 1-0 home defeat by Wolves merely confirmed it.

After a result that left United in seventh spot, two points behind Tottenham, who have a game in hand, Rangnick was honest enough to admit that: “Looking at today’s performance if I say we are 100 per cent convinced we will finish in the top four, I don’t know if people will believe that.”

But the overall manner of United’s performance was not far removed from the depressing end of Ole Gunnar Solskjaer’s reign, with the visitors dominating for long periods.

That hint at a lack of unity extended to the stands, where Rangnick’s decision to replace Mason Greenwood with Bruno Fernandes was greeted with boos.

The one positive to come from the loss was the return to action of centre-half Phil Jones, who impressed in his first Premier League appearance for 712 days - with Shaw describing his display as “phenomenal”. 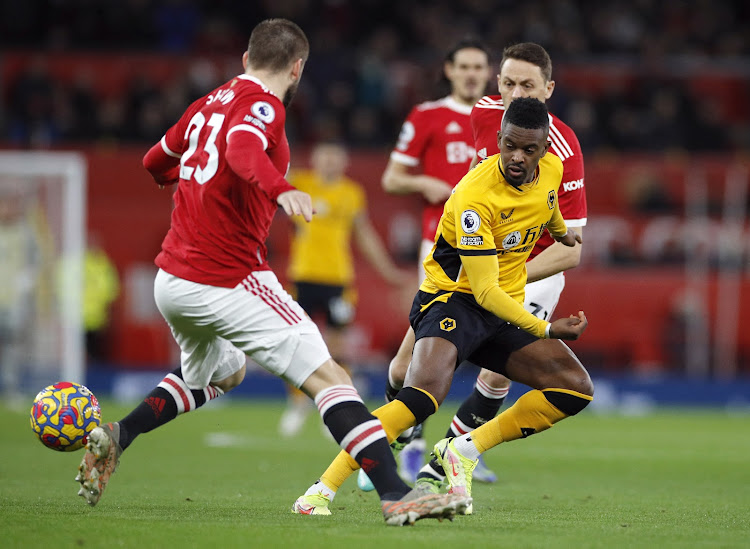 ‘We need to bring more motivation’

It was a first United defeat since Solskjaer’s final game in charge, at Watford, on November 20, but it was far from the first disappointing display from Rangnick’s men.

And when asked if the job he faces was bigger than he thought, Rangnick said: “I knew it would be difficult. That’s the reason they brought me. I knew it wouldn’t be easy to find a balance between offensive and defence.

“Today we showed similar problems the team had three or four weeks ago before I arrived. It is not an easy job to develop a DNA with and without the ball. The game today showed there are still quite a few steps to go.”

Rangnick also conceded Wolves were the better side “especially in the first-half” and bemoaned his side’s failure to prevent Adama Traore putting over the cross that led to Joao Moutinho’s goal and get to the ball when Jones headed it away.

With substitute Fernandes striking United’s best chance against the bar before Jose Sa kept out the Portuguese midfielder’s injury-time free-kick, the home side’s eight-match unbeaten run came to an end, leaving them an incredible 22 points behind leaders Manchester City.

“We have to put more pressure on them, we have to have intensity,” Shaw told Sky Sports. “I didn’t think we were all there together.

“You look at the players we have, we have unbelievable quality but sometimes quality is not enough. We need to bring the intensity and more motivation.

“Inside the dressing room, we know what we want but out on the pitch we need to give 100 per cent. To win these types of games we all need to be 100 per cent committed.”

Jones earlier admitted he has “been through hell and back over the last couple of years” after struggling with injury and lockdown.

The 29-year-old missed last season with a knee issue and, before his return against Wolves, last played for United’s first team in January 2020 in the FA Cup third round.

It’s the longest gap any player who hasn’t left the club, including loan spells, has had between appearances for Manchester United in the Premier League.

Shaw added: “Phil Jones should be proud of himself. He has been criticised for years, and has gone through a lot, but he is so professional and he was phenomenal. He was exceptional, I am very happy for him and he deserves it.”

Jones’ first touch, a clearing header, earned enthusiastic applause from the home fans and he was soon ordering Aaron Wan-Bissaka around and urging the United support to make more noise after a typically robust challenge on Daniel Podence.

That it was Jones’ clearance that led to Moutinho’s winner should not lessen the contribution of a player for whom merely getting back into the United team underlines his moral fortitude, given how easily he could have been overwhelmed by the social media ridicule he has been subjected to.

“He did well,” said Rangnick. “He hasn’t played at that level for two years but he played like he had played in the last two weeks. It definitely wasn’t because of Phil Jones why we lost.”

‘Insipid United have too many passengers’

Former Blackburn and Celtic striker Chris Sutton told BBC Radio 5 Live: “It is very early to judge Rangnick because United were such a mess, but it was such an insipid performance. There are just too many passengers. They have big problems.

“Some players run and some players don’t. That is a massive problem. With the signings they made in the summer, United’s next step was to win a title - they wanted to become Manchester City. But out of possession they are hopeless, they are a disaster.

“Can Manchester United get into that top four? It is looking highly unlikely.’