How did Barcelona’s record signing Coutinho become a bit-part misfit?

Otherwise, a home victory for Benfica over already eliminated Dynamo Kyiv would see Barca fail to reach the Champions League group stage for the first time since 2004.

• Liverpool resisted but eventually negotiated an initial £106m fee, allowing Coutinho to complete his “dream” move to the Catalan coast.

• The arrival of Antoine Griezmann in July 2019 further hindered Coutinho’s hopes of becoming a key player and he was pushed out to Bayern Munich on a season-long loan that Barca hoped would lead to a permanent sale. 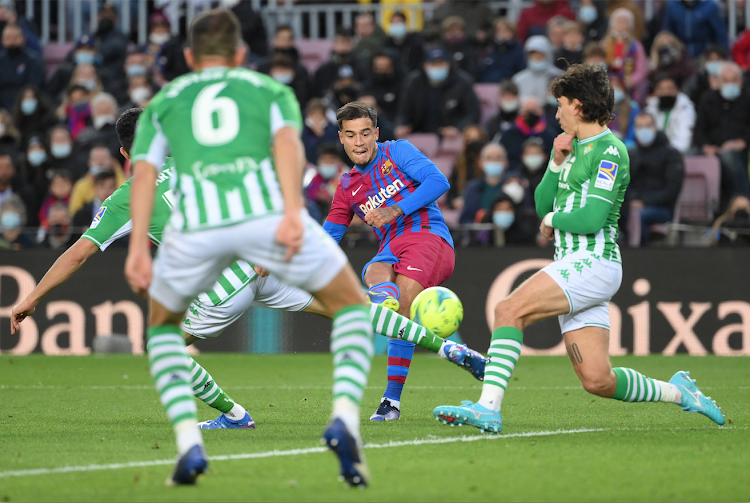 When Barcelona travel to Bayern Munich on Wednesday, it’s unclear whether their record signing will take part.

It’s a must-win game for Xavi’s team. Otherwise, a home victory for Benfica over already eliminated Dynamo Kyiv would see Barca fail to reach the Champions League group stage for the first time since 2004.

Former Liverpool superstar Philippe Coutinho, however, is far from certain to play against his former club, having made a gradual slide from the third-most-expensive player in history to a largely overlooked afterthought.

What on earth has happened?

The catalyst for Coutinho’s arrival in Barcelona in January 2018 was a pair of key departures — Neymar’s shock move to Paris St-Germain in August 2017 and the knowledge that club icon Andres Iniesta was soon heading through the exit door.

Loaded with £200m from the enforced sale of Neymar and therefore in a weak bargaining position, Barca never hid the fact Coutinho was their number one target to become the ‘new Iniesta’ and the ‘new Neymar’ rolled into one.

Liverpool resisted but eventually negotiated an initial £106m fee, allowing Coutinho to complete his “dream” move to the Catalan coast.

But the dream soon became a nightmare. It was quickly apparent — as it probably always should have been — that Coutinho was not suited to either of his expected new roles. He wanted to play further forward than Iniesta’s disciplined midfield role and more centrally than Neymar’s left-wing slot.

Instead, he preferred to roam more central areas and find space between the lines of the opposition midfield and defence. But Barca already had someone fulfilling that role and there was no way Coutinho would ever usurp Lionel Messi as the team’s main creator.

So Coutinho ended up generally getting in Messi’s way, disrupting the team’s rhythm by taking too many touches and reduced to hopeful long-range strikes with sporadic success - leading social media wits to sarcastically dub him ‘Shootinho’. 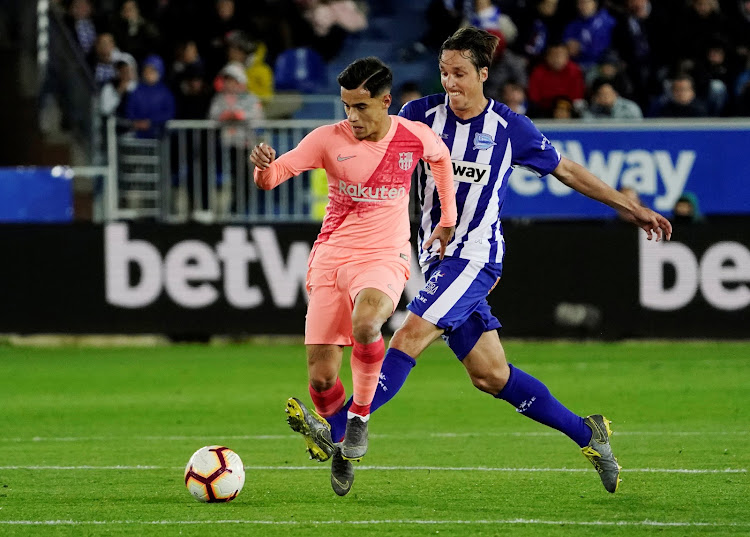 The arrival of Antoine Griezmann in July 2019 further hindered Coutinho’s hopes of becoming a key player and he was pushed out to Bayern Munich on a season-long loan that Barca hoped would lead to a permanent sale.

But Coutinho was no more than a bit-part player in Germany too, starting less than half of Bayern’s games. The highlight of his spell came in the Champions League against none other than his parent club Barca, scoring twice off the bench in the era-defining 8-2 quarter-final pummelling.

Bayern rejected the chance to sign Coutinho permanently, preferring to spend their Covid-19 reduced budget on Leroy Sane from Manchester City, so the Brazilian was sent back to Barcelona in the summer of 2020.

He found the club in a state of disarray. Messi was in open warfare with club president Josep Maria Bartomeu, who would soon be forced to resign, Luis Suarez led a line of established veterans who had been forced out, and new manager Ronald Koeman was struggling to impose his authority.

Nevertheless, Coutinho made a promising start to the 2020-21 season and found favour with Koeman, becoming a regular in the starting line-up before his latest setback came in the form of a knee injury that sidelined him for eight months, scuppering financially desperate Barca’s flagging hopes of selling him last summer. The outcome was another wasted season. 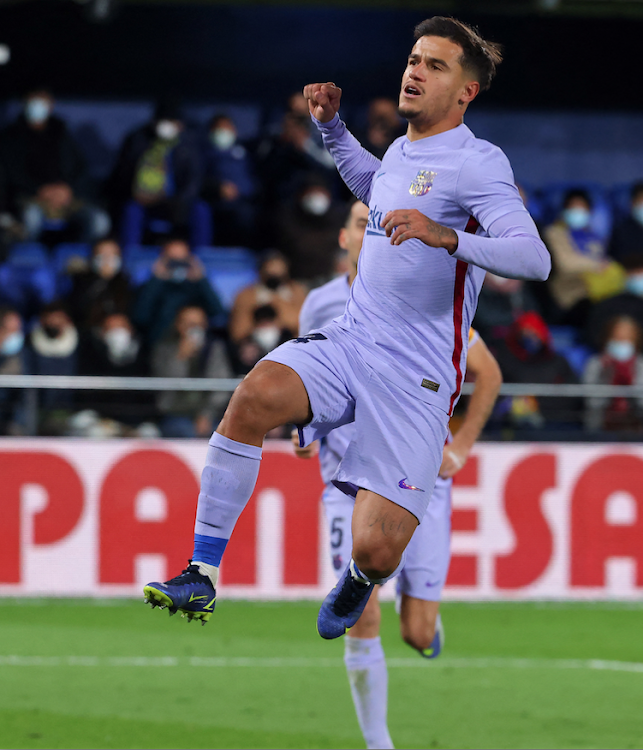 When Coutinho returned in September, Koeman was in his last days in charge as the team stumbled from one crisis to another. Coutinho soon sparked controversy by warming up with miserable reluctance during interim boss Sergi Barjuan’s final game at Celta Vigo.

But if the 29-year-old thought Xavi’s arrival would herald a fresh opportunity, those hopes were soon dashed. Coutinho was a late substitute in the new boss’ first game — a 1-0 home win over Espanyol.

But he was then left on the bench for the Champions League draw with Benfica despite the vital nature of the tie, Xavi preferring teenagers Yusuf Demir, Nico Gonzalez and Gavi to the club’s record signing.

He did score a late penalty off the bench against Villarreal, but Saturday’s home loss against Real Betis was another disappointment. Coutinho got his first start under Xavi and made a decent early impression before fading badly and being replaced before the hour mark.

Football analyst Domagoj Kostanjsak explained why Coutinho looks unlikely to enjoy a revival under Xavi, even now Messi has gone.

He told BBC Sport: “With Xavi, width and verticality are more relevant than in the past. Xavi loves aggressive midfielders who make runs beyond the opposition’s line and attack space with pace and power. Coutinho can’t do that.

“We’re never going to see Coutinho’s full potential at Barca unless the system is catered towards him, which is unlikely to say the least. He doesn’t fit the winger or the midfielder roles — and the number 10 role he loves doesn’t exist in such a way to accommodate his skill set.”

Indeed, Barca’s greatest hope for Coutinho now is selling him — ideally to a cash-rich ambitious club like Newcastle — to reduce the club’s debt and possibly even fund new signings such as Manchester City’s Ferran Torres, who is a main target for Xavi.

In the immediate future, though, Wednesday’s decisive date with Bayern — like much of the past four years — is another game that could well pass Coutinho by. 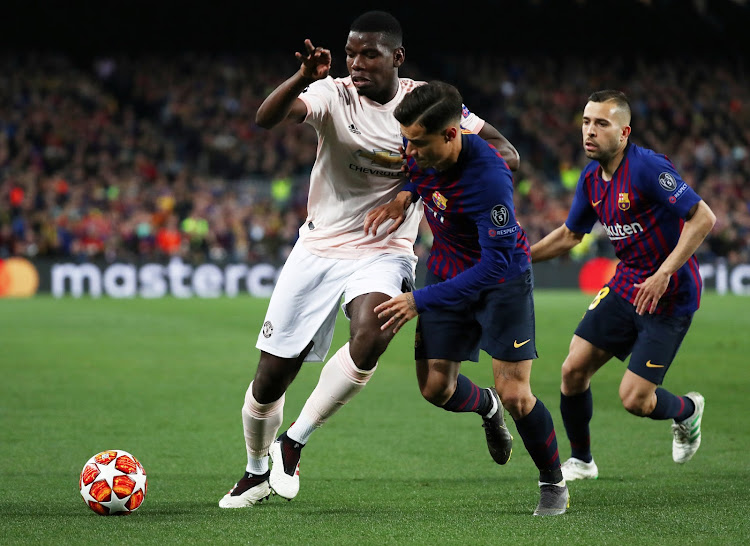