Mulee tips Tusker to advance, urges Gor to up their game

On the other hand, Mulee has urged Gor Mahia to pull up their socks if they intend to turn the tide against Congolese side AS Otoho d'Oyo in Nairobi on December 5.

•Despite Tuskers' inability to bag maximum points at home against CS Sfaxien of Tunisia over the weekend, Mulee tipped the Kenyan champions to cause an upset in their return leg tie slated for December 5 in Tunis.

•Tusker head coach, Robert Matano, has echoed Mulee's sentiments, saying Sfaxien looked fragile in the match and his charges had identified the weak areas in the team which they can effectively employ to their advantage as they look to cruise past the North Africans in their return away encounter. 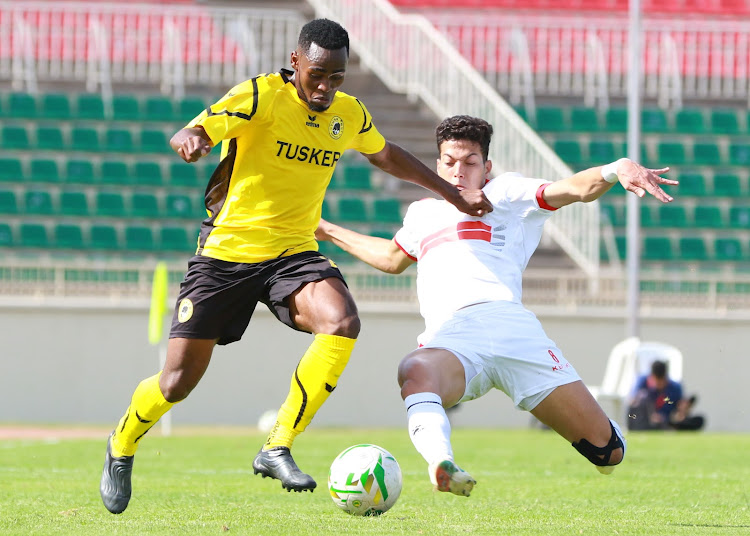 Despite Tusker's inability to secure maximum points at home against Tunisia’s  CS Sfaxien over the weekend, Mulee tipped the Kenyan champions to cause an upset in their return leg tie slated for December 5 in Tunis.

“By all indications, Sfaxien will now be under pressure to floor Tusker back home. That alone is enough to give Tusker an advantage heading into the match,” said Mulee.

The tactician, however, urged Gor Mahia to up their game if they intend to turn the tide against Congolese side AS Otoho d'Oyo in Nairobi on December 5.

“I've seen K'Ogalo in the few Kenyan Premier League matches they have featured in this season and they don't look solid at all. They appeared shaky against debutantes, Kenya Police,” said Mulee.

Gor crashed 1-0 in their first leg encounter at the Stade Alphonse Massamba-Debat in Brazzaville on Sunday.

Tusker head coach, Robert Matano, echoed Mulee's sentiments, saying Sfaxien looked fragile in the match and his charges had identified the weak areas in the team to capitalise on.

"I noticed several loopholes in the team which we intend to capitalise on. They are the ones under pressure and I am sure we will beat them."

Matano said his side had improved and matured with time from the time they suffered heartbreak against Zamalek, who bundled them out of the Champions League after a 5-0 thumping on aggregate.

“There is no question we were the underdogs against Zamalek. We looked inferior and there was a lot of disorganization.

"We were rusty and we didn't play as a team. There was no cohesion in the build-up and we were exposed both in the midfield and in the defence.

"Against Sfaxien, we showed a lot of maturities and the entire team looked compact. What we now need to do is to sharpen our attack because I realised our opponents lack a solid defence. We shall be in a position to post better results with more practice,” said Mulee.

CS Sfaxien coach Giovanni Solina equally showered their opponents with rosy words, saying they had proved to be a hard nut to crack in Sunday's tightly contested encounter at Nyayo Stadium.

Solina believes both Sfaxien and tusker stand an equal chance to advance to the next stage of the competition, given the results in Tunis are likely to swing either way.

" I recognise Tusker is a very good team with quality players. The qualification is now open and I know it will be very difficult."

The winners of the continental second-tier showpiece will walk away with a whopping  US$1.25 million in prize money.