Trevoh Chalobah, who was making his first European start for the Blues, scored the opener before Reece James controlled a clearance and volleyed across Wojciech Szczesny to give Chelsea the advantage their dominant performance deserved.

• It's so tough to create and score but we created so much. An amazing performance and a fantastic result—Tuchel

• The only concern for Tuchel and Chelsea were the withdrawals of N'Golo Kante in the first half and Ben Chilwell in the second period through injury, with the Blues playing Manchester United on Sunday 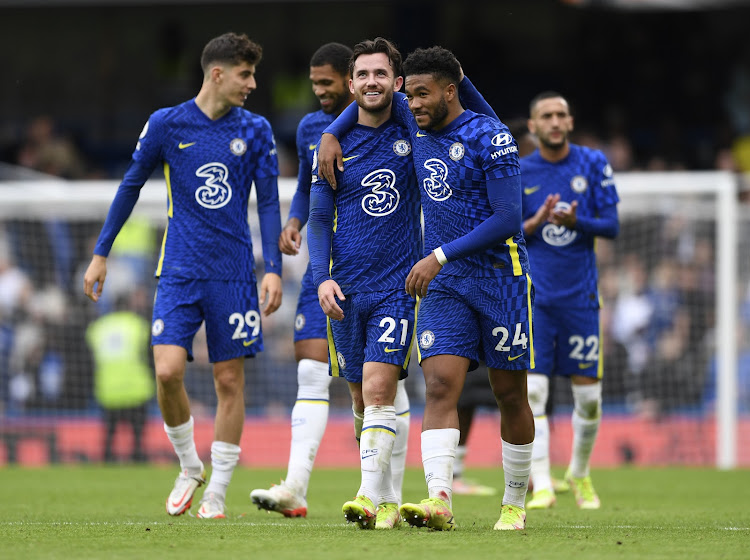 Chelsea's Ben Chilwell and Reece James celebrate after a past match
Image: /FILE

Chelsea boss Thomas Tuchel said his side produced an "amazing performance" as the holders progressed to the last 16 of the Champions League with an impressive win against Juventus at Stamford Bridge.

Trevoh Chalobah, who was making his first European start for the Blues, scored the opener before Reece James controlled a clearance and volleyed across Wojciech Szczesny to give Chelsea the advantage their dominant performance deserved.

A third soon followed with Juventus looking shell-shocked as a short, sharp interchange of passes gave Callum Hudson-Odoi the chance to slot home at the back post.

The scoring was completed when Hakim Ziyech capitalised on a mistake from Juve midfielder Weston McKennie to cross for Timo Werner to tap home in added time.

It is the Italian club's heaviest defeat in the Champions League and demonstrated Chelsea's status as a serious contender to retain the trophy they won against Premier League rivals Manchester City in May.

The three points send Chelsea to the top of Group H but they must match Juventus' result in the final matchday on 8 December - when they travel to Zenit St Petersburg and the Turin club host Malmo - in order to stay there.

Tuchel, who has claimed 35 wins from 50 games as Chelsea boss, said the performance was "sharper" than the 1-0 defeat the Blues suffered in Turin in September.

Chelsea dominated that game, having 73% possession and 16 shots, but only had one effort on target and were undone by a Federico Chiesa strike 10 seconds after half-time.

"We took more risks - that was something we lacked in Turin," Tuchel told BT Sport.

"By control you cannot hurt them - you need to penetrate with runs off the ball.

"It's so tough to create and score but we created so much. An amazing performance and a fantastic result."

The only concern for Tuchel and Chelsea were the withdrawals of N'Golo Kante in the first half and Ben Chilwell in the second period through injury, with the Blues playing Manchester United on Sunday (16:30 GMT).

Chelsea have justifiably had a lot of praise for their defensive efficiency in the opening three months of the season and indeed since Tuchel arrived in January.

They have now conceded only 24 goals in the German's first 50 games in charge - a record for a manager in charge of a British club.

Tuchel's side started on the front foot and were rarely threatened at the back apart from an outstanding acrobatic clearance from Thiago Silva after former Blues striker Alvaro Morata had dinked onrushing keeper Edouard Mendy shortly after Chalobah's opener.

This performance also showcased Chelsea's attacking threat and other teams will note that was the case even with Romelu Lukaku - included for the first time since 20 October - Werner and Mason Mount all starting on the bench and Kai Havertz absent completely.

Chilwell should have opened the scoring in the first two minutes but had an air shot at a loose ball, before Chalobah sent a header wide and James saw a free-kick saved.

Chalobah's goal was another glimpse of his impressive instinct in front of goal - he has already scored twice in the Premier League this season - as he latched on to a loose ball and thumped the ball into the roof of the net.

James, Hudson-Odoi and Silva all saw efforts saved either side of the break before the England right-back superbly controlled a headed clearance, taking it away from the defender as he did so, before volleying past Szczesny and a couple of defenders who were attempting to get back.

The England defender joins Liverpool's Mohamed Salah as the only Premier League player to have scored five goals and provided five assists in all competitions this season.

Hudson-Odoi rounded off an excellent Chelsea performance with a composed finish after James, Hakim Ziyech and Ruben Loftus-Cheek combined in a slick move.

Werner's goal was mere decoration, because it had long been certain that Chelsea's unbeaten run in all competitions would be extended to 10 games.

It was a performance that delighted a boisterous Stamford Bridge crowd, enthused by a team that is top of the Premier League by three points, is in the Carabao Cup quarter-finals and is in the box seat to win their Champions League group.