Four of Benzema's co-defendants in the trial were also found guilty on Wednesday.

•The scandal has stunned the football community in France and both players lost their national team places.

•The case dates back to June 2015, when the two footballers were at a French training camp. 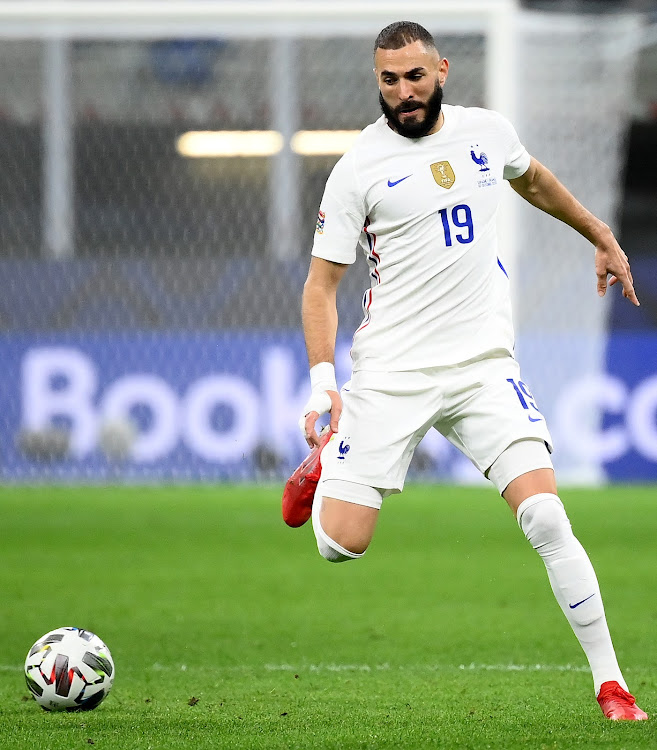 France forward Karim Benzema in action during the Nations League final against Spain at San Siro stadium in Milan, on October 10
Image: AFP

France and Real Madrid striker Karim Benzema has been found guilty of conspiring to blackmail a fellow French footballer with a sex tape.

Benzema, 33, was one of five people put on trial last month over an attempt to extort Frenchman Mathieu Valbuena.

The scandal has stunned the football community in France and both players lost their national team places.

The case dates back to June 2015, when the two footballers were at a French training camp.

At the camp, Benzema put pressure on Valbuena to pay off the blackmailers, whom he had conspired with to act as an intermediary, prosecutors said.

Benzema has always denied the allegations and insisted he was only trying to help Valbuena get rid of the compromising video.

The player has since returned to the France team and is expected to start for Real Madrid on Wednesday night when they play FC Sheriff Tiraspol in the Champions League.

Benzema was not present in court in Versailles for the verdict, nor was Valbuena who plays for Greek club Olympiakos.

Four of Benzema's co-defendants in the trial were also found guilty on Wednesday.

Benzema's lawyers said they would appeal his conviction. "The reaction is ultimately an angry one to this judgment which is perfectly contradictory," his lawyer, Sylvain Cormier, told reporters outside court.

But when delivering the verdict, the judge said Benzema was "personally involved" in the scheme to extort money.

What is this case about?

It began in 2015 when Valbuena, now 37, asked a man in Marseille, Axel Angot, to upload the contents of his mobile phone to a new device.

Mr Angot found sexually explicit material on the phone. He and another defendant in the trial, Mustapha Zouaoui, are accused of trying to blackmail Valbuena by threatening to make the tape public.

Mr Zouaoui told reporters he had shared the tape, but there had never been an attempt to extort money.

Valbuena described being approached by another defendant, Younes Houass, who told the court he had warned the player about the issue without asking for money.

When the footballer went to the police, they set up a sting operation involving an undercover agent.

Prosecutors said another defendant was then brought into the scam - Karim Zenati, who is a childhood friend of Benzema. At this point, Benzema was asked to act as a "middleman" in the scheme, prosecutors said.

In October 2015, Benzema approached his fellow France player in his room at the national team's training camp.

Benzema said he had merely tried to help his teammate dispose of the x-rated video, warning him: "Be careful, Math, they're big, big thugs."

He then offered to put him touch with someone he could trust - his childhood friend, Mr Zenati.

Police were by now tapping their phone calls and recorded Benzema telling his friend: "He's not taking us seriously."

Mr Zenati is said to have replied: "We're here to sort it out; if he doesn't want that he'll have to deal with the piranhas."

Giving evidence at the start of the trial, Valbuena said he had never considered handing over money to stop the video getting out.

Unlike his former teammate, Valbuena has not played for France since the scandal began.

Testifying during the trial, Valbuena told the court that football was his life.

"I knew if that video got out it would make things difficult with the French team," he said.