• The stance of the five unvaccinated stars has angered Bayern fans, who must show proof they are fully vaccinated or recovered just to attend games.

• “It’s annoying,” said head coach Julian Nagelsmann before the weekend, irritated that few questions are being fielded about football as “we seem to only be talking about the pandemic.” 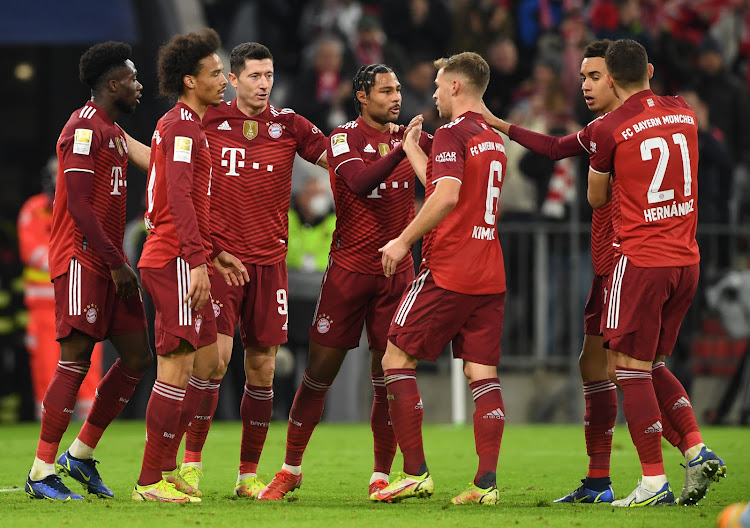 Bayern Munich must do without five quarantined stars, including Joshua Kimmich, in the Champions League as the absent midfield dynamo fuels debate in Germany after refusing to be vaccinated against Covid-19.

The Bavarian giants are already guaranteed a last 16 place as Group E winners ahead of Tuesday’s match at bottom side Dynamo Kiev.

However, Kimmich, who declined to be vaccinated due to “personal concerns”, was quarantined Friday for the second time this month after contact with someone who tested positive.

On Sunday, Bayern confirmed their other unvaccinated players Serge Gnabry, Jamal Musiala, Eric Maxim Choupo-Moting and Michael Cuisance are also in quarantine because of a new coronavirus exposure.

Having five players sidelined through their own choices is an unwelcome distraction before heading to Ukraine.

“It’s annoying,” said head coach Julian Nagelsmann before the weekend, irritated that few questions are being fielded about football as “we seem to only be talking about the pandemic.”

Defeat in Augsburg meant Bayern finished the weekend with their lead in the Bundesliga slashed to a point, but Nagelsmann refused to blame Kimmich’s enforced absence. “It’s no excuse,” he said.

Yet Kimmich keeps making daily headlines in Germany for all the wrong reasons.

Critics accuse him of neglecting his duties as a role model, calling on Kimmich to get vaccinated to set an example in football-mad Germany. Germany has one of the lowest vaccination rates in western Europe, around 68 percent, and even outgoing chancellor Angela Merkel has urged Kimmich to rethink.

Bayern bosses reportedly summoned Kimmich and his unvaccinated teammates Thursday to inform them their pay will be cut when they are in isolation because they have not taken the jab.

Under new rules which took effect from November 1, employees who miss work because of a quarantine are no longer entitled to receive compensation if they are unvaccinated.

Former Bayern chairman Karl-Heinz Rummenigge said Sunday, that if confirmed, the wage cuts are “a sign that the club is now reacting. Because it must react.”

The stance of the five unvaccinated stars has angered Bayern fans, who must show proof they are fully vaccinated or recovered just to attend games.

In contrast, the players need only provide a negative test result. Germany is in the grip of a vicious fourth wave with a weekly incidence rate of 340.7 recorded infections per 100,000 people on Friday.

With politicians struggling to curb the pandemic and hospitals beds filling rapidly, new measures announced Friday in Saxony and Bavaria are already set to slash the number of spectators in stadiums.

Kimmich, and any footballers who opt against vaccination, could even find themselves shut out amid controversial calls for compulsory vaccinations for professional athletes in Germany. As Merkel sees it, “it depends on whether that (sport) is a work environment or in the leisure world”.

Employers can not make vaccination for their staff compulsory in Germany, but the 2G rule — meaning only those vaccinated or recovered can take part — applies to leisure activities.

“For those in the stands it’s leisure time, for those down on the pitch, it’s work,” said Hendrik Wuest, state premier for North Rhine-Westphalia. “I think we have to get over it.”

However, the idea of mandatory vaccination has sparked skepticism from the Bundesliga.

Likewise, Cologne coach Steffen Baumgart feels it is “important to get vaccinated to successfully fight the virus. But it’s dangerous to always push footballers to the front” as role models.