Mendy has kept nine clean sheets in all competitions so far this season and made a number of pivotal saves to ensure Thomas Tuchel’s Chelsea sit top of the Premier League with the division’s best defensive record.

• The Senegal international was even viewed by some as a temporary alternative to the error-prone Kepa Arrizabalaga, with his £22m move from Rennes a fraction of the £71m outlaid on the Spaniard.

• “He has made that difference. If you think of Kepa in goal for Chelsea when Frank [Lampard] was there, it was a big problem — they were conceding too many goals.

Edouard Mendy had a relatively low profile when he arrived at Chelsea in September 2020 as competition for the world’s most expensive goalkeeper.

The Senegal international was even viewed by some as a temporary alternative to the error-prone Kepa Arrizabalaga, with his £22m move from Rennes a fraction of the £71m outlaid on the Spaniard.

But a little more than 12 months on, Mendy has a Champions League winners medal and is the man behind the Premier League’s meanest defence. And his form has even earned him a major upgrade in the latest ratings update on Fifa22.

So how did Mendy go from consecutive relegations and several months of unemployment earlier in his career to a position where he is now, perhaps, the best goalkeeper in the world?

Mendy has kept nine clean sheets in all competitions so far this season and made a number of pivotal saves to ensure Thomas Tuchel’s Chelsea sit top of the Premier League with the division’s best defensive record.

He has managed 25 clean sheets in all competitions since the start of 2021, a figure which is higher than the number of goals he has conceded (24) in the same period.

And it is easy to see why his impact has been compared with those of Alisson at Liverpool and Ederson at Manchester City, with both arriving in England and helping their clubs to Premier League titles.

Speaking on Sky Sports, former Manchester United defender and pundit Gary Neville said: “If you’re going to win a title, there are going to be games where you don’t play well, you don’t deserve to win the game but your goalkeeper makes two or three world-class saves.

“He has made that difference. If you think of Kepa in goal for Chelsea when Frank [Lampard] was there, it was a big problem — they were conceding too many goals.

“It’s a lot more difficult to score against Chelsea, not just because of the change to the back five, which Tuchel brought in, but also the goalkeeper.”

The manner in which Mendy reprimanded team-mate Hakim Ziyech in Chelsea’s recent Champions League victory at Malmo — for allowing an opponent the space to create an opportunity — underlined his commanding presence.

Former Chelsea and Scotland winger Pat Nevin, a BBC Radio 5 Live pundit, said: “There have been very few times he has had to do it but he is growing in stature. 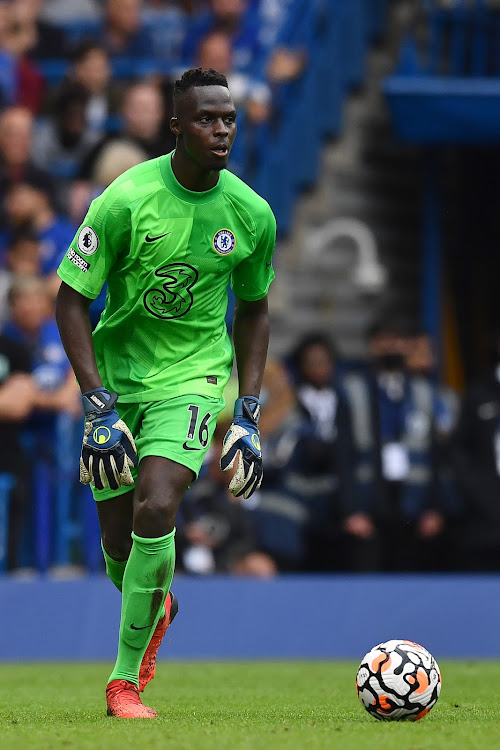 “He is also in same boat as everyone else because Kepa has improved so he will be aware that he has to be on top of his game. As a shot-stopper he is brilliant, his reactions are good and he is incredibly brave.

He certainly had some decision making issues at the start. He has been more reticent about coming out but he has good people there working with him from Petr Cech down and he has improved with his feet.

“All the areas where there were questions, he is answering. You can see him growing in every part of his game. He has control of his box.”

Fellow pundit Rio Ferdinand calls Mendy a goalkeeper who “instils confidence in a backline”, while former Chelsea forward Tony Cascarino says he is one of the club’s “best-ever signings”.

As well as being the Premier League’s in-form goalkeeper, Mendy’s impressive statistics compare favourably with the most celebrated number ones in European football. The 29-year-old has a higher save percentage domestically than Bayern Munich and Germany great Manuel Neuer (70 per cent).

And he is also well ahead of Real Madrid’s Thibaut Courtois (71%), Paris St-Germain’s Gianluigi Donnarumma (69%) and Atletico Madrid’s Jan Oblak (54 per cent).

The only surprise it seems, from both inside and outside the Chelsea camp, is that Mendy was not one of the five Blues players to be included on the 30-man list for the prestigious Ballon d’Or.

Asked if his keeper merited inclusion after playing a starring role in the October’s win at Brentford, Tuchel replied: “Yes. But, you know, I’m happy. And it’s more important that he performs like this than that he’s on any list.

Mendy’s journey to the top has been far from easy. The 29-year-old, who was born in the French city of Le Havre, began his career at third-tier Cherbourg in 2011, where he suffered successive relegations before his contract came to an end.

Waiting for an agent to fulfil an offer from an English League One club that never came, he ended up out of work at the age of 22 and registered with France’s unemployment agency, as he seriously considered his future in the game. After a year unemployed, Mendy was offered a one-year amateur deal in 2015 as fourth choice at Marseille on a minimum salary, doing enough in the handful of matches he played to earn another year.

From there, he earned a move to Ligue 2 Reims and, after helping them to promotion, joined Rennes in 2019. The rest is history.