• He is being replaced in the squad by AS Roma's Jordan Veretout.

• France are top of their qualifying Group D with 12 points from six games and victory against Kazakhstan will secure them a place in next year's World Cup finals. 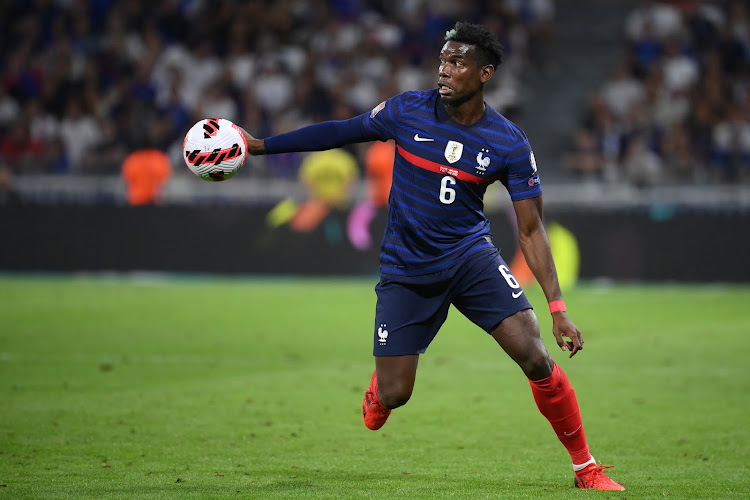 France's midfielder Paul Pogba in action during a 2022 Fifa World Cup qualifier against Finland at the Groupama Stadium
Image: AFP

Midfielder Paul Pogba has been ruled out of France's World Cup qualifiers against Kazakhstan and Finland after suffering a right thigh injury, the French federation (FFF) said on Monday.

"Paul Pogba is forced to withdraw from France's next two games at the Parc des Princes against Kazakhstan and against Finland in Helsinki," the statement read.

He is being replaced in the squad by AS Roma's Jordan Veretout.

France are top of their qualifying Group D with 12 points from six games and victory against Kazakhstan will secure them a place in next year's World Cup finals.

Coach Didier Deschamps, however, warned against complacency as the world champions take on a side who have not won any of their seven group games.

"The important thing is to reach our goal, to qualify for the World Cup. All my energy and our concentration must be on that," Deschamps told a news conference.

"We must not think that we are already qualified because it is only Kazakhstan. We're going into the game with all our determination and strength to win."

France will also travel to Finland next Tuesday.

Elsewhere,goalkeeper Jasper Cillessen and Tottenham Hotspur striker Steven Bergwijn are among three replacements called up to the Netherlands squad for their decisive World Cup qualifiers over the next week, the Dutch football association KNVB said.

Cillessen, 32, was the Dutch first choice goalkeeper up to the European Championship but tested positive for the novel coronavirus and was left out of the squad from the tournament in mid-year.

The Valencia goalkeeper has since not been called up by new coach Louis van Gaal but after back-up goalkeeper Joel Drommel withdrew with illness, was summoned to join the squad on Tuesday.

The 24-year-old Bergwijn replaces the injured Steven Berghuis while teenager Devyne Rensch, 18, comes in for his Ajax Amsterdam teammate Jurrien Timber, who is also injured.

The Netherlands take on Montenegro in Podgorica on Saturday in their penultimate Group G qualifier and then face a likely showdown with Norway in Rotterdam next Tuesday for top spot and automatic qualification for next year’s World Cup in Qatar. The Dutch lead the group by two points from Norway.