The takeover could transform the Magpies' fortunes 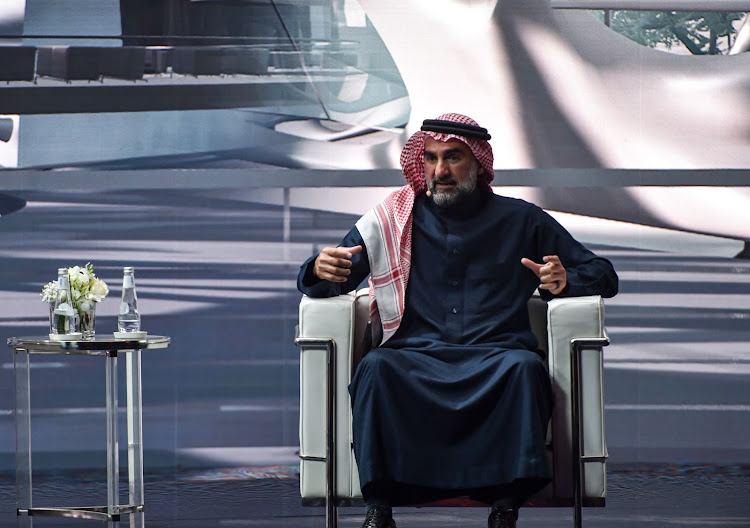 Chairman of the Future Investment Initiative (FII) Yasir al-Rumayyan speaks during the fourth edition of the FII conference at the capital Riyadh's Ritz-Carlton hotel on January 27, 2021.
Image: AFP

A Saudi-led consortium completed its takeover of Premier League club Newcastle United on Thursday despite warnings from Amnesty International that the deal represented "sportswashing" of the Gulf kingdom's human rights record.

The English top-flight said it had settled legal disputes that had initially stalled the takeover process, and received "legally binding assurances" that the Saudi Arabian government would not control the club.

"The Premier League, Newcastle United Football Club and St James Holdings Limited have today settled the dispute over the takeover of the club by the consortium of PIF, PCP Capital Partners and RB Sports & Media," the Premier League said in a statement.

"Following the completion of the Premier League's owners' and directors' Test, the club has been sold to the consortium with immediate effect."

Public Investment Fund (PIF) governor Yasir Al-Rumayyan said: "We are extremely proud to become the new owners of Newcastle United, one of the most famous clubs in English football.

"We thank the Newcastle fans for their tremendously loyal support over the years and we are excited to work together with them."

However, the controversial takeover bid hit the rocks after an outcry from Qatar-based beIN Sports, a major television rights holder of the Premier League.

The broadcaster, which extended its rights to the English top-flight for the Middle East and North African region earlier this year until 2025 at a cost of $500 million, was banned by Saudi Arabia in 2017 at the start of a diplomatic and transport blockade of Qatar, which ended in January.

Tensions between the states have eased significantly this year and Saudi's ban on beIN is set to be lifted, with Riyadh also seeking to settle Qatar's $1 billion arbitration claim over pirate broadcasts to Saudi audiences by the BeoutQ network.

The PIF, chaired by Prince Mohammed bin Salman, widely known as MBS, is reportedly taking an 80 percent stake under the proposed deal.

The takeover could transform the Magpies' fortunes -- despite regular attendances of 50,000 at St. James' Park, Newcastle have not won a major trophy since 1969.

Ashley has been deeply unpopular in his 14 years in charge, during which time the club have twice been relegated from the Premier League before bouncing back into English football's lucrative top flight.

"Today's decision shows that English football is open for business when it comes to sportswashing," Amnesty's head of campaigns in the UK, Felix Jakens, told AFP.

"Ever since this deal was first talked about, Amnesty have said it represents a very clear attempt by the Saudi authorities to sportswash their appalling human rights record using the glamour of the Premier League."

In February, US intelligence released a report that accused MBS of approving the murder, an assessment strongly rejected by the Saudis.

Newcastle, currently managed by former Manchester United defender Steve Bruce, are without a win in their opening seven games of the Premier League season and sit second-bottom of the table.

The transformation of Manchester City into serial winners since a 2008 takeover from Sheikh Mansour, a member of the Abu Dhabi royal family, is the template for Newcastle to follow.

Huge investment into Newcastle would only intensify the battle at the top end of the Premier League for the title and lucrative Champions League places.