One of the darkest moments in Brazilian football

For almost his entire career, Barcelona legend Rivaldo complained about not being treated by the media in the same way as other Brazil superstars such as Romario and Ronaldo.

• This is a part of the country where millions earn less than £20 a month, where millions suffer from hunger, where unemployment has soared over 50 per cent during the Covid-19 pandemic.

• Henouda has worked as Shakhtar Donetsk’s emissary in Brazil for almost two decades, overseeing the arrivals of Fernandinho, Willian, Fred, Douglas Costa and many others. 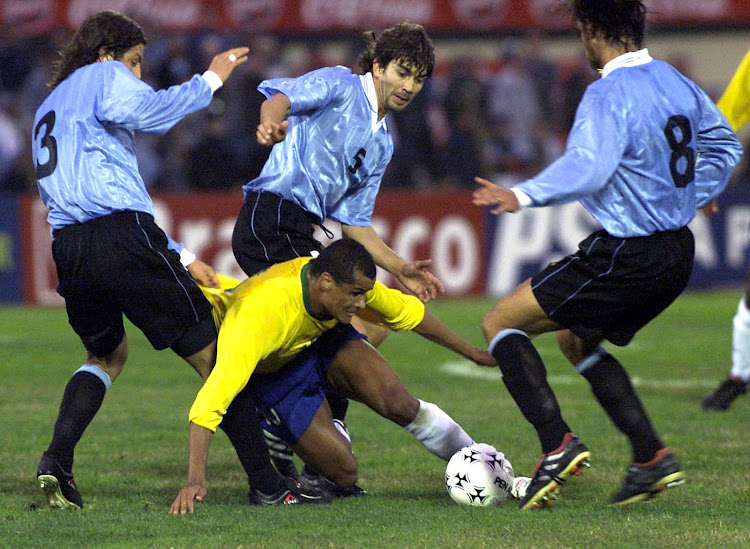 It took Charles Fabian a good few minutes to get the full picture.

The young forward had just finished dinner at Brazil’s team hotel in the north-eastern city of Salvador when the president of local side Bahia stormed in.

“You can pack your bags because you are not staying here,” yelled Paulo Maracaja as he grabbed Charles by the arm.

It was June 1989. A home Copa America was about to begin and Charles, then 21 and a Bahia player, had not long since broken into the national set-up. He didn’t know what to do. Unable to find anybody from the Brazilian FA, he ended up following the order to leave.

As it turned out, Maracaja had taken matters into his own hands after being told that Charles was among three to be cut from the final 20-man squad. He was furious his player had been dropped.

The omission would have dramatic consequences. What happened next lives on in the national consciousness as one of the darkest moments in Brazilian sporting history. It felt like just another betrayal to a people who had long felt marginalised - and who continue to feel so today.

Brazil’s opening match was the following day, in that same north-eastern city — Salvador. Charles was a local icon, and it had been years since a player from one of the region’s teams had been picked for the national side.

Only 13,000 fans turned up for the 3-1 win over Venezuela - less than half capacity - but the message sent could not have been clearer. Supporters burned the Brazilian flag, booed the national anthem and forced coaching staff to flee from the dugout by throwing flares in their direction. Outrage spilled out from the stands.

“I had mixed feelings that day,” Charles says. “On one hand I was happy with the support I received, but on the other I was sad because of what happened. No-one wants to see your country’s flag in flames. The protest was valid, although, in my opinion, it could have been done differently.”

Clearly, this wasn’t just about football. Charles ended up being dragged into a debate that has been around for decades, the Brazilian divide between its two major population centres - the wealthy south-east and the impoverished north-east, which trails behind in every social and economic indicator.

This is a part of the country where millions earn less than £20 a month, where millions suffer from hunger, where unemployment has soared over 50 per cent during the Covid-19 pandemic.

It is such hardship that forces many north-easterners to migrate to places like the south-eastern cities of Sao Paulo or Rio de Janeiro. But once there, often life doesn’t get much easier - among the obstacles that still persist is prejudice.

For almost his entire career, Barcelona legend Rivaldo complained about not being treated by the media in the same way as other Brazil superstars such as Romario and Ronaldo. According to him, there was only one reason for that: he was from the north-east. When he officially retired in 2015, the general feeling was that his talent had never been truly appreciated.

In Rio de Janeiro, people from Brazil’s north-east are stereotyped and universally referred to as “paraibas” (someone from Paraiba state) regardless of where they’re actually from. To some extent, the same happens in Sao Paulo, where they’re called “baianos” (from Bahia state).

One episode is particularly famous in Brazil - the reaction of former international Edmundo, who is from Rio state, to being sent off in a match in 1997.

He said: “We come to play in Paraiba [the game actually took place in another north-eastern state, Rio Grande do Norte] and you put a ‘paraiba’ [the official was in fact from the north-eastern state of Ceara] to referee the game. It could have never worked out.”

There are examples from the country’s highest office, too - in 2019, Brazil’s far-right president Jair Bolsonaro, born in Sao Paulo state, was caught referring to the governors of the north-east states as “paraiba governors” in a leaked audio recording.

In the south, people from the north-east are often considered socially or intellectually inferior. It’s not unusual to see their local accents mocked and laughed at. Former Porto and Zenit St Petersburg star Hulk, who is from the state of Paraiba, went through that at a national team news conference before the 2014 World Cup.

The 35-year-old forward was asked by a journalist, referring to people from the north-east, whether “it’s their accent that makes them funny”. As a passionate son of the region, he couldn’t believe his ears. 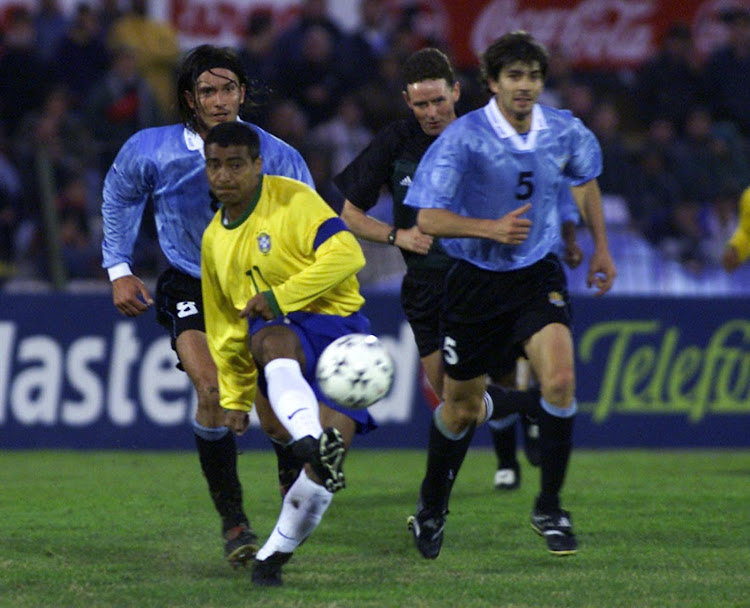 “Unfortunately, we know that prejudice is still around, no matter your area of work or profession,” says Hulk, who is now back in Brazilian football with Atletico Mineiro. “But the north-easterner is a fighter, a winner, and can overcome all this. I am proud of being from the north-east, carrying our banner and defending our people anywhere in the world. I am very grateful for all the love and support I’ve always received.”

Despite being the country’s second most populous region, with approximately 57 million people, 27 per cent of the national population, the nine-state area has never seen a footballer from a local side represent Brazil in the World Cup.

Over the past 15 years, just two players from clubs in the north-east have been called up by the national team - Sport Recife forward Diego Souza in 2017 and Nautico left-back Douglas Santos in 2013.

Part of the problem is that talented players usually don’t stay around at these clubs for long, often heading south after the first lucrative offer, sometimes without even making their senior debuts. Rivaldo, Bebeto, Juninho Pernambucano, Dida and Roberto Firmino all took similar paths. With much smaller budgets, it’s simply impossible for local outfits to compete financially with powerhouses like Flamengo, Palmeiras and Gremio. So they lose their best players.

One way to fight this would be to sell their young talents directly to Europe, but although the situation has improved in recent years, that very rarely happens. The vast majority still go to the south-east first and then on to other leagues. The French-Algerian agent Franck Henouda believes there is a reason for that.

Henouda has worked as Shakhtar Donetsk’s emissary in Brazil for almost two decades, overseeing the arrivals of Fernandinho, Willian, Fred, Douglas Costa and many others. Of the 13 Brazilian footballers he recruited for the Ukrainian side, none came from the north-east.

“If a club comes to me and says I’ve got a boy from the north-east and another from the south, I’ll advise them to sign the latter. He may be more expensive, but the risks are lower,” Henouda says. “Brazil is a continental country, so only after moving there in the 2000s, I noticed the differences between the places. And Rio Grande do Sul, Parana, Sao Paulo and Minas Gerais stood out for me - they produced more footballers capable of thriving in Europe.

“Players from these areas are physically stronger and don’t struggle with hunger growing up. They have those colonial breakfasts in the south. It’s totally different in the north-east.

“The other day, I was watching an Atletico Goianiense forward from there - I like him a lot, but he has a short stature and small bones, because they didn’t develop properly due to a lack of calcium in childhood. He will be more susceptible to injuries.

“When you are closing a deal, you have to pay attention to all these details, even the kind of studs the athlete wears. If he’s from the north-east, he will probably have worn rubber studs his whole life, even on wet, heavy surfaces, so when he moves to Europe, he will require some time to get used to boots with metal ones. Not every team is willing to wait for it after paying 10m euros.”

It is still very rare to see anything that occurs outside the Sao Paulo-Rio de Janeiro-Belo Horizonte-Porto Alegre axis getting nationwide coverage in Brazil. In a scenario where clubs rely on commercial ventures and TV revenue, not benefiting from this exposure makes it more difficult for north-eastern teams to flourish in the top flight.

For the north-eastern sides, a top-10 finish remains the main goal - and only three times in the past decade has that been achieved - but things are beginning to change for the better.

Fortaleza increased their revenues 10-fold between 2014 and 2019. They are currently fourth in the table and are into the Brazilian Cup semi-finals - for the first time in 102 years.

Meanwhile, Ceara have recorded the lowest debt in the Brazilian league and Bahia, too, have dramatically transformed themselves.

They had hit rock bottom in 2006, finding themselves in the third tier. Such was the outrage among fans that 50,000 took to the streets of Salvador to protest against the board. Things did not move quickly from there, but in 2013 season ticket holders were finally given the chance to vote for the club’s president - which is very rare in Brazilian football.

The team’s 1959 and 1988 league title trophies had been found discarded in rubbish bags. Now they are a model club. They have paid off some of the debt that was crippling them and introduced a new transparency policy.

“I have no doubt that there was a very strong system that disadvantaged footballers from north-eastern sides until the 1990s,” says Bahia vice-president Vitor Ferraz. “When you have a side that won the Brazilian league, like we did in 1988, and you see that the players were only given occasional chances, you realise they would have got more opportunities wearing a different shirt. What happened to Charles in 1989 illustrates that.

“We are now the country’s most democratic team. It has drawn some attention from the national media, but we know that if a club from the south had done the same, the impact would have been much bigger. We credit this to the prejudice that still exists. But I’m sure that we find ourselves in a much better position than we were 10, 15 years ago.

“From now, what happens on the pitch will change this reality.”