Why I resigned as Harambee Stars coach - Ghost Mulee

Says he's been going through a tough time in his personal life.

• Mulee said he wanted to leave the team in good hands.

•Says he could  not have resigned during World Cup qualifiers; adding it was good for him to resign early enough. 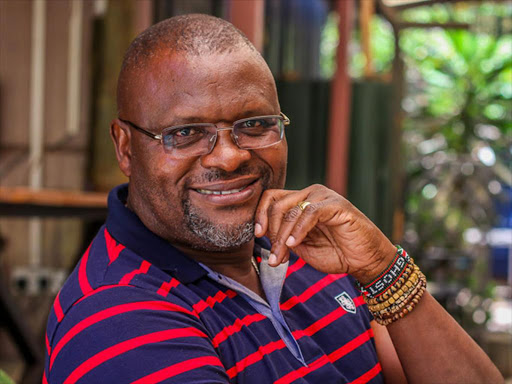 Former Harambe Stars head coach Jacob Mulee has opened up for the first time on why he resigned.

Speaking on Radio Jambo on Thursday, Mulee said his brother being sick is the main reason he resigned. He added that since he returned from India, his sibling's health has not improved.

“ I have been going through a tough time. I was in India for two months with my brother who is ailing. After returning from India, a lot of things changed personally,” Mulee said.

He added; “ I had plans for the team but I thought I would be doing the country a disservice if I remained as the head coach yet I have personal issues affecting me."

Mulee said he wanted to leave the team in good hands and could  not have resigned during World Cup qualifiers; adding it was good for him to resign early enough.

He said that he did things professionally and he talked with FKF officials before his decision.

“We were just about to start the World Cup qualifying games and in that situation, it is very difficult for a coach to resign.”

“After the draw against Rwanda and Uganda, I sat down with the FKF and we all saw it fit that I hand over to someone else."

In April this year, many football fans were concerned when Mulee shared a photo in hospital on his social media pages.

The caption read, “ We thank God for a successful procedure.”

Mulee traveled alongside his brother as kidney donor.

However, after medical examination, doctors said Mulee's brother could function with the single kidney he had.

Mulee was also diagnosed with sleep apnea and underwent a successful surgery.