OUT OF THE WOODS

Gor out of trouble after clearing players' dues

•Ambundo left Gor Mahia in 2020 to link up with Dodoma Jiji before Fifa ordered the club to pay him Sh1.2 million accrued from salary arrears and allowances. 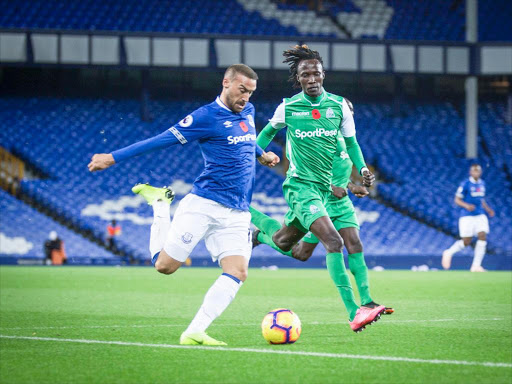 Former Kenyan Premier League champions Gor Mahia might soon be out of the woods after club secretary general Sam Ochola announced plans to offset money owed to a number of their erstwhile players.

Gor had their hands tied and were unable to plunge themselves into the  the ongoing transfer market after world football governing body, Fifa banned them in February for failing to clear debts owed to former players Tanzanian Dickson Ambundo and Ugandan Shafik Batambuze.

Ocholla, however, said they had already approached Fifa and agreed on a comprehensive plan to settle the matter. Ochola urged the K'Ogalo faithful to shun rumours and allow elected officials to perform their role.

"The club is detesting the incessant rumours and speculations going round about our playing unit on social media and other outlets.

"Currently, we are finalising with Fifa to lift the ban on us to enable the club sign new players," said Ochola.

Ambundo left Gor Mahia in 2020 to link up with Dodoma Jiji before Fifa ordered the club to pay him Sh1.2 million accrued from salary arrears and allowances.

In the rulings made by Fifa’s Dispute Resolution Chamber on December 16 and October 26, Gor and Wazito were each given 45 days to pay the players.

“We take due note that in its correspondence, the creditor informed us that the debtor has not complied with its financial obligation in accordance with the decision of Fifa," said the letter.

"In this regard, we wish to inform the parties that a ban from registering new players internationally has been implemented by Fifa as of today.

“Debtor member association is requested to immediately implement on the debtor, if not done yet, a ban from registering new players at the national level.”

“We have cleared with Batambuze and his lawyer has written back to us confirming the receipt of the money. We are forwarding the same communication to Fifa today (Monday). As for Ambundo, we have paid him through his Nairobi-based lawyer and we expect him to respond today confirming receipt," explained Aduda.