'I WANT MY MONEY NOW'

He is the second foreigner to raise the red flag after Congolese Fabrice Mgheni also left in a huff after citing similar challenges.

•Shaka said the last amount he secured from the office was Sh25,000 given to each player after Football Kenya Federation wired the Betway Cup prize money runners-up into the club's account. 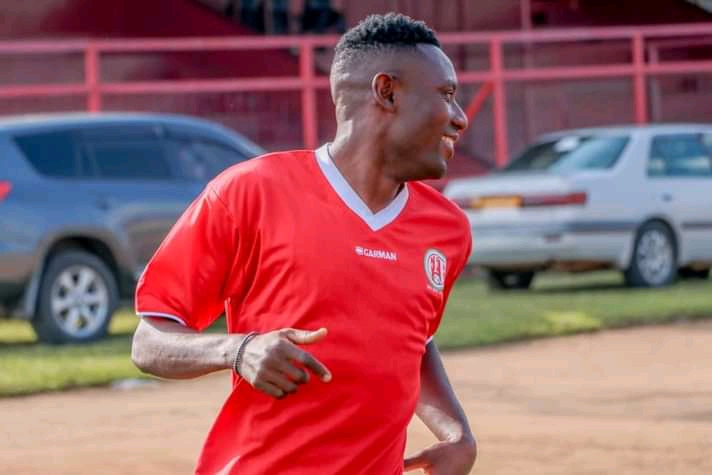 AFC Leopards’ Burundian striker Bienvenue Shaka has been spending his nights in the cold after being locked out of his house in Fedha estate, or so he claims.

A livid and desperate Shaka is now placing his predicament entirely at the feet of the Kenyan club, claiming they have failed to pay him his salary for the last five months.

“I’ve not been paid my salary for the last five months. I’m also demanding allowances for the last 10 matches. In total, the club owes me US$21,000, including $12,000 as signing fee that they are yet to pay,” said Shaka.

Shaka, 21, has been at the heart of Leopards’ striking force since his arrival in October from Tunisian top division side Etoile Sportif du Sahel. He has found the back of the net four times this season.

Despite his impressive performance, things have not been rosy as he increasingly finds himself stuck between a rock and a hard place.

“What’s even more worrying is the fact that I can't leave the country even if I wanted to because I can't raise money for my air ticket,” he lamented.

Efforts to reach the office for assistance have been dealt a big blow given none of the officials have been answering calls.

Shaka says he still has a whole season left on his two-year contract after joining the side in February.

“My contract is set to run out in July next year. Despite that, I've been abandoned to my own devices. Nobody seems to care about my situation at all,” said Shaka.

Shaka said the last amount he secured from the office was Sh25,000 given to each player after Football Kenya Federation wired the Betway Cup prize money runners-up into the club's account.

“Each player was given the same amount of money. However, our salaries have not been forthcoming,” alleged the Burundian.

He has now vowed to desert the club without any second thoughts if his tribulations persist.

“I can't continue to play for Leopards without being paid. My immediate plan is to find my way back home then I'll be able to decide my next move once my mind has settled,” said Shaka.

He is the second foreigner to raise the red flag after Congolese Fabrice Mgheni also left in a huff after citing similar challenges.

“I’m surprised Shaka claims he has been locked out. He is my neighbour and I still see him around accessing his house.

“All foreign players are housed by the club and the office makes sure they are up to date with rent payments,” said Webo.

“Each player received some money from our shirt sponsors Betsafe only last week. That was after we had received the Betway Cup prize money two weeks ago,” added Webo.

“The club is experiencing some financial doldrums and we should learn to appreciate the little that we receive. AFC is not entirety alone in this predicament given Gor Mahia are also facing similar challenges," he said.