This is the second time I'm highlighting grave concerns raised by local tacticians.

• Pinto lashed out at centre referee Anthony Ogwayo for awarding Tusker two controversial set-pieces that earned the brewers their two goals in the encounter. 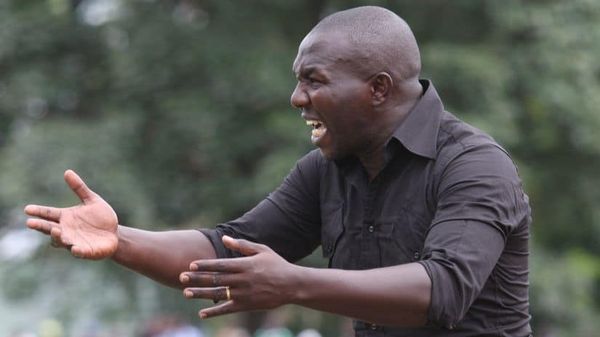 One might easily jump to the defence of local football officials when claims of poor officiating are raised once in a blue moon and by a few disgruntled voices.

However, when match officials constantly come under a hail of bullets for committing glaring howlers on the pitch, it behoves Football Kenya Federation to dig deeper and get to the bottom of the matter.

This is the second time I'm highlighting grave concerns raised by local tacticians.

I've been conducting post-match interviews throughout the Kenyan Premier League season and I'm now getting tired of recording the monotonous and tardy response bemoaning controversial calls that only serve to botch up our top-flight matches.

Pinto lashed out at centre referee Anthony Ogwayo for awarding Tusker two controversial set-pieces that earned the brewers their two goals in the encounter.

“The foul awarded to Tusker was neither here nor there. The corner came off their player George Ogutu. All the yellow cards were given to Gor Mahia players,” said Pinto.

The brewers came from behind to edge Gor 2-1.

Aussems claimed they were denied a clear penalty when defender Harun Shakava sent striker Elvis Rupia tumbling down in the box.

"There is no consistency in the way the matches are handled. How the officials treat one side is completely different from how they treat the other," said Ali.

Ali was reacting to a penalty which he says was erroneously awarded in their league encounter against Tusker, when he was still in charge of Mathare United.

The brewers were awarded a penalty after David ‘Cheche’ Ochieng was adjudged to have brought down Boniface Muchiri inside the box.

Although Henry Meja's attempt from the spot eventually bounced off the woodwork, Ali remained adamant the centre referee played to the gallery.

Vihiga United head coach Mike Miruri is the latest tactician to draw attention to the quality of officiating in the country.

Speaking immediately after their league encounter against Bandari a week ago, Mururi said the centre referee had displayed open bias by awarding their opponents a questionable penalty while denying them an obvious one.

“We have no problem losing a match but that has to occur fairly. We were denied clear set pieces and our opponents were awarded a contentious penalty that totally foiled our plans," he said.

FKF referees' manager Silvester Kirwa, however, reiterates that the federation has established elaborate mechanisms to arrest such situations by embarking on a full-scale search for individuals who are likely to bring the game into disrepute.

"We appreciate the fact that human beings are prone to inadvertent misjudgement. Unfortunately, when complaints become too many, the scenario merely serves to blot the quality of the league," said Kirwa.