England have caught up with rivals, says McClaren

• If England qualify, McClaren — who was national team boss from 2006 until 2007 — believes Southgate’s young squad will be better equipped for it as a result of their Euro 2020 heartbreak.

• Despite England’s positive image on the pitch at Euro 2020 there were troubling scenes before Sunday’s final, when a number of fans attempted to get into Wembley without tickets. 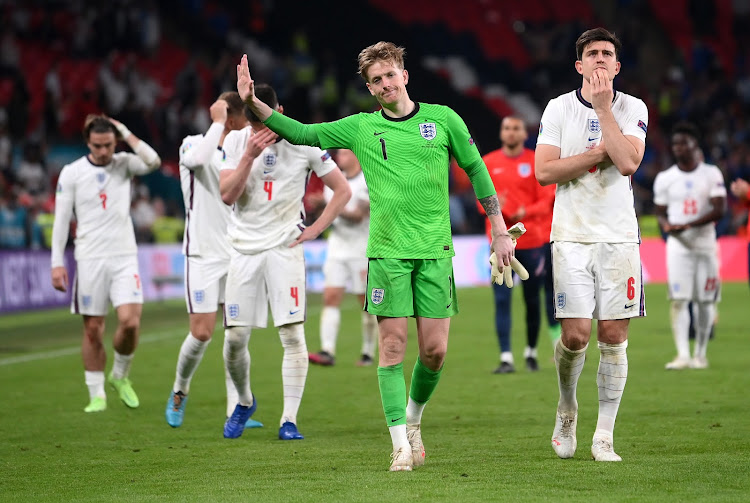 Former England boss Steve McClaren believes Gareth Southgate’s side have caught up with the best teams in the world and will be contenders for every tournament they play in.

The Three Lions’ hopes of ending a 55-year wait for a major trophy were dashed on Sunday as Italy claimed Euro 2020 after a penalty shootout. However, McClaren believes England fans can look forward with confidence.

“This is an unbelievable squad,” he told BBC Radio 5 live. “Gareth has given us a team to be proud of, he has united the nation and he has given us hope for the future and in the future there is hope.”

Southgate led England to the semi-finals of the World Cup in 2018 before going one step further at Euro 2020. The postponement of the European Championship to this year means England do not have long to wait for the next major tournament, with the World Cup in Qatar getting under way in November 2022.

If England qualify, McClaren — who was national team boss from 2006 until 2007 — believes Southgate’s young squad will be better equipped for it as a result of their Euro 2020 heartbreak.

He added: “We are contenders now for every competition - and certainly will be in 18 months. We will learn from the two tournaments, semi-final and a final — they’ve had moments that will be character building and that is what it is all about.”

After years of struggling to get beyond the quarter-final stage at major tournaments, McClaren believes England are now starting to see the reward for work done behind the scenes several years ago to try and close the gap on other countries.

He said: “Work is being done by the Premier League, the FA and through Gareth who started the process eight or 10 years ago as head of development in the FA. They have gone all the way through and there is a conveyor belt of top, top talent coming through.

“I was involved in England for a few years and we were always technically behind Spain and France and teams like that - tactically behind them, physically behind and mentally, but now we have caught up. Technically we can live with those teams.”

Despite England’s positive image on the pitch at Euro 2020 there were troubling scenes before Sunday’s final, when a number of fans attempted to get into Wembley without tickets. The Football Association (FA) says it will conduct a full review of the incident, which saw supporters fight with stewards and police as they attempted to break through gates.

Former West Ham United midfielder Kevin Nolan fears the scenes will harm England’s hopes of hosting the 2030 World Cup. He said on BBC Radio 5 live’s Monday Night Club: “It is scary, then you have these yobs storming people and could have hurt a lot of people and probably have.

“It is very worrying. What it has done is harm our vote to get the 2030 World Cup. We are talking about the absolute minority of this idiotic behaviour.”

Former Manchester City defender Nedum Onuoha added: “It was all eyes on us in the biggest game we have played in, hosted at Wembley. We should be doing a lot, lot better if we want to be taken as serious contenders to host things.”