Police out to topple leaders Talanta as NSL enters round 24

Vihiga Bullets have a tough tie against leader Talanta on a day that MCF FC will tackle Kisumu Hot Stars at Ruaraka Ground.

•Silibwet FC will play host to Soy United at Bomet Stadium on the same day in a derby of NSL newbies. 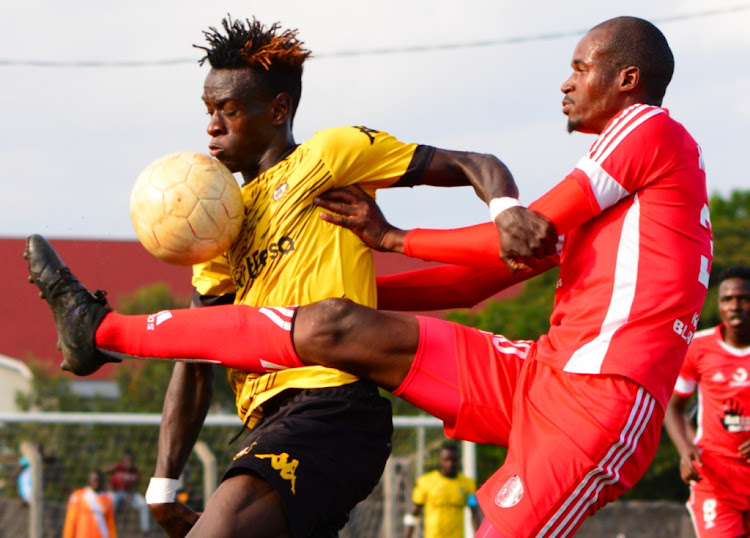 Kenya Police will seek to dislodge leaders Talanta from the apex of the National Super League when they come up against Modern Coast at Camp Toyoyo on Sunday.

The law enforcers are currently placed second on the log with 39 points, two adrift of Talanta. The coastal side are rooted in a precarious 16th position on the log with 26 points.

However, Police must look over their shoulders to fend off any possible threat from Shabana who are hot on their heels with 37 points.

The Kisii-based side have been on the prowl, winning three matches and registering a draw since the appointment of Robert Ojienda as head coach. They face a tricky encounter against Kibera Black Stars at Ligi Ndogo on Saturday, a match that could go either way.

Kibera are currently fifth on the log with 36 points and could scale to third if they pull off an upset against Shabana. They head into the match high on confidence, having blotted the impressive run displayed thus far by their city rivals Nairobi Stima whom they saw off 3-2 at Camp Toyoyo on Sunday.

The power men will be eager to redeem themselves from the loss when they visit Murang'a Seal at St. Sebastian Park on Saturday. They are in a shaky 17th position on the log with 26 points after their torrid start to the season that saw them experience a losing streak before they found their footing and started registering positive results.

Silibwet FC will play host to Soy United at Bomet Stadium on the same day in a derby of NSL newbies. On Sunday, Mt. Kenya have a crucial trip to Bomet where they are set to flex muscles with APS Bomet.  The Nairobi-based side still have to do quite a lot to salvage themselves from the jaws of relegation, given they are now 18th on the log 25 points.

APS are in a respectable seventh with 34 points and a positive result might see them ascend to third.